Recent research in developing countries suggests that a considerable number of young women may experience forced sex within marriage, but most women may be inhibited from reporting these experiences due to shame, fear of reprisal or deep-rooted unequal gender norms. The consequences of domestic violence can be severe, and in fact, intimate partner violence is one of the leading causes of death among women 15-44 years of age.(1) Papers highlighting the nature and prevalence of coercion among married young women were presented at a global consultative meeting in New Delhi. Evidence comes from small-scale studies and large population-based surveys, such as Demographic and Health Surveys (DHS), from some developing countries. Many women may under report coercion by a partner within marriage, and there are variations in the framing of questions posed, methods of data collection and the reference period, making findings of small-scale studies difficult to compare. However, available data give an idea of the extent and nature of coercion that married young women experience. Studies reveal that sexual coercion within marriage includes deception, verbal threats or psychological intimidation to obtain sex, attempted rape and forced penetrative sex.(2) Forced marital sex can be accompanied by physical or emotional violence. Sexual coercion is observed in marital partnerships in diverse settings such as South Asia, Latin America, Africa and the Middle East. Although cultural settings and contexts condition the nature of coercion among married young women, there are striking similarities across different settings. 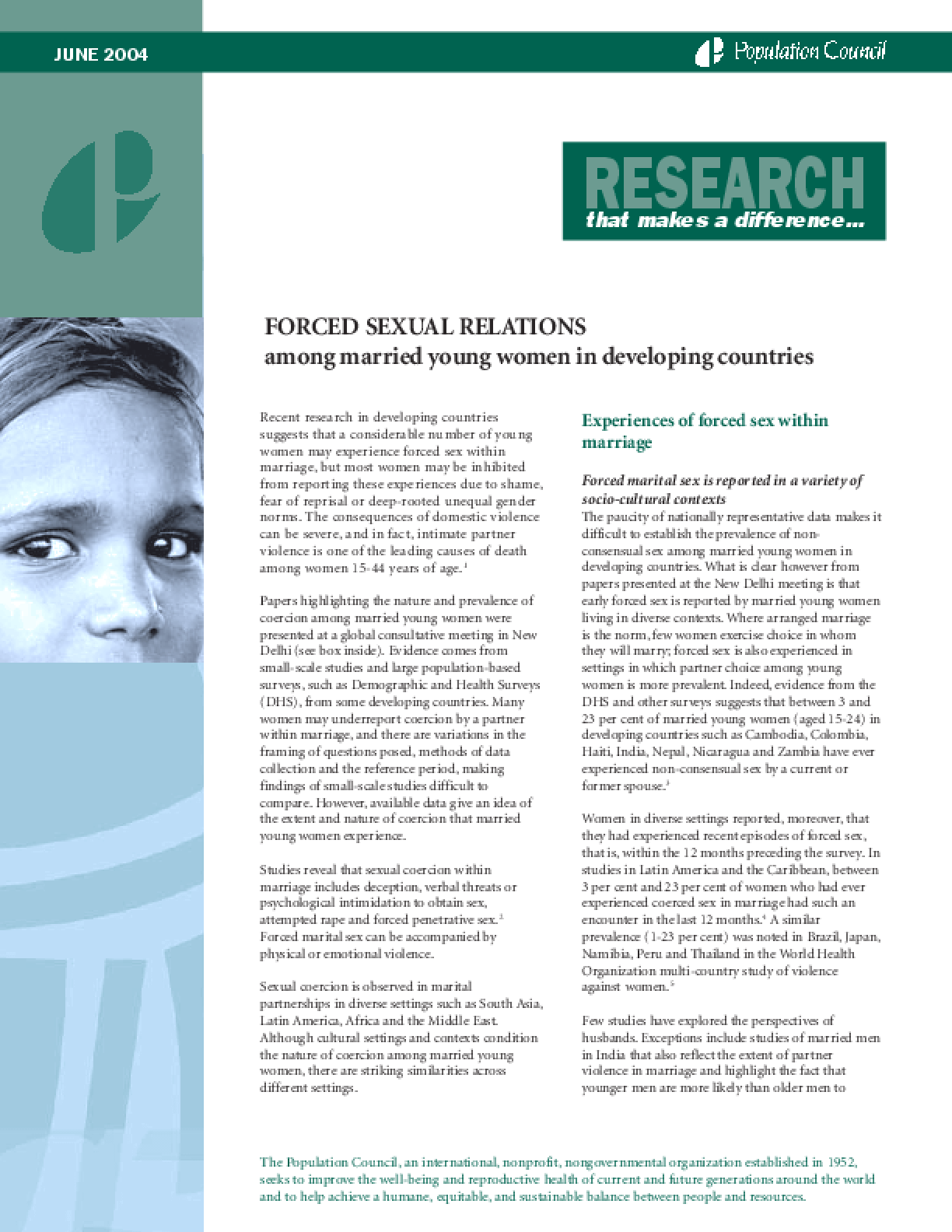