This analysis provides a closer look at New York City and Long Island to reveal the disproportionate depth of the impact on minority communities, where modifications have been scarce and widespread foreclosures threaten African-American and Latino neighborhoods. New data from 2010 shows that there is an indisputable connection between race and the likelihood of being served with pre-foreclosure notices.

The high rates of foreclosure and homes "underwater" are the result of years in which minority homeowners were far more likely to be given risky, high-cost loans. In both New York City and Long Island, lenders were four to five times more likely to issue high-cost loans to African-Americans and Latinos between 2004 and 2007 than they were to whites.

Despite this disproportionate representation in foreclosures, recently released data from the Furman Center shows that minority homeowners in New York City are less likely to receive mortgage modifications than white homeowners. 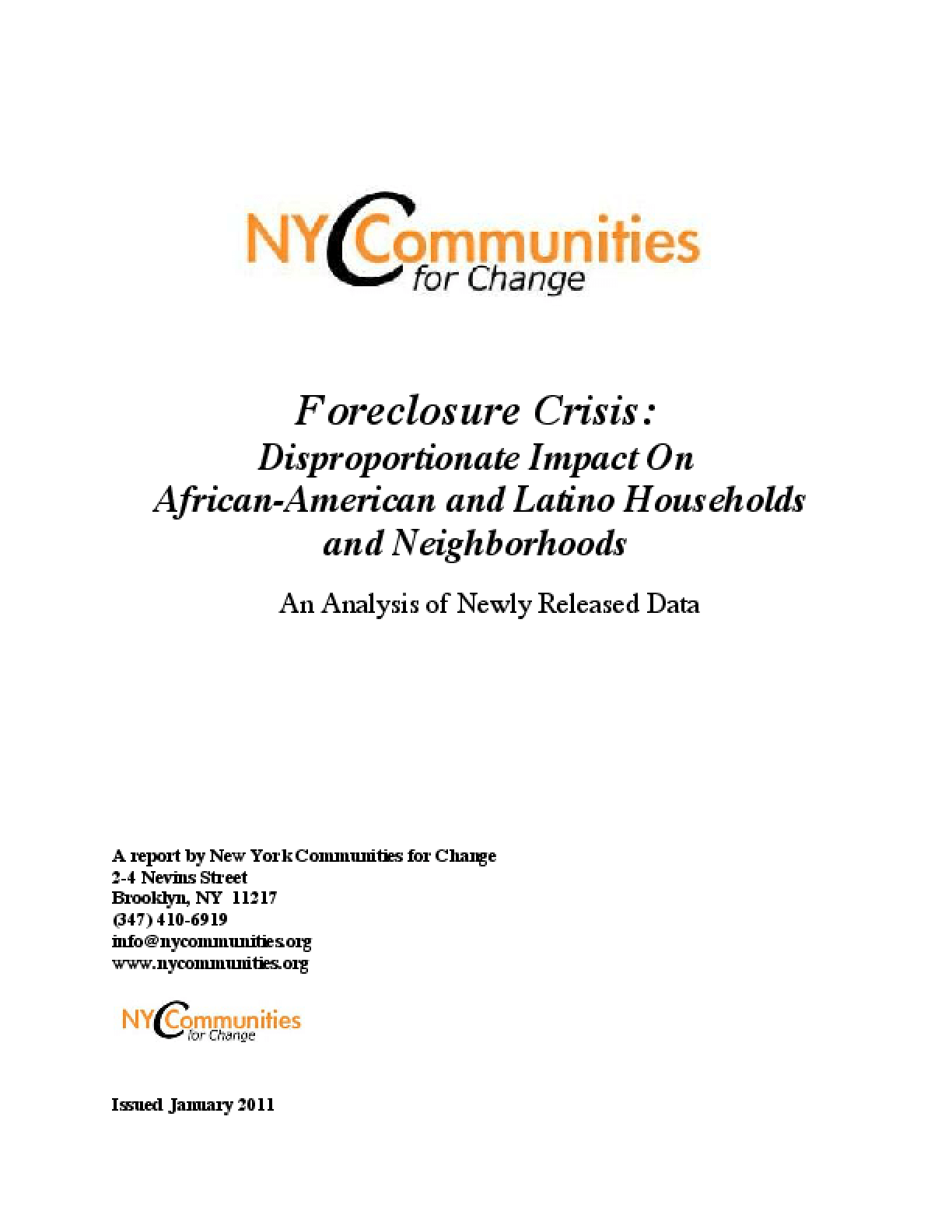