United States immigration law unfairly impacts the lives of lesbian and gay couples in committed bi-national relationships and is a glaring exception to a growing trend in western democracies towards recognition of immigration rights for same-sex bi-national couples. Under federal immigration law, U.S. citizens and legal permanent residents do not have the right to sponsor their same-sex partners for immigration benefits, a right afforded U.S. citizens and lawful permanent residents in opposite-sex bi-national marriages. As a result, many bi-national same-sex couples in this country face separation or forced exile, having to find a country that will recognize their relationship while satisfying its immigration requirements. While some foreign nationals qualify for U.S. visas and residency independent of their relationship to a U.S. citizen or lawful permanent resident, the majority have no alternative means to immigrate to this country. U.S. immigration law and policy towards lesbians and gay men has a long, ugly history. Over time, however, as social, political and governmental attitudes changed to be more tolerant of gay people, so too did immigration laws. Gay and lesbian foreign nationals are no longer excluded from entering the United States and are no longer barred from adjusting their status to lawful permanent residents as a result of their sexual orientation. Immigration law must again be modified to reflect contemporary social, political, governmental, and legal acceptance of alternative family arrangements, specifically the relationships of same-sex couples. 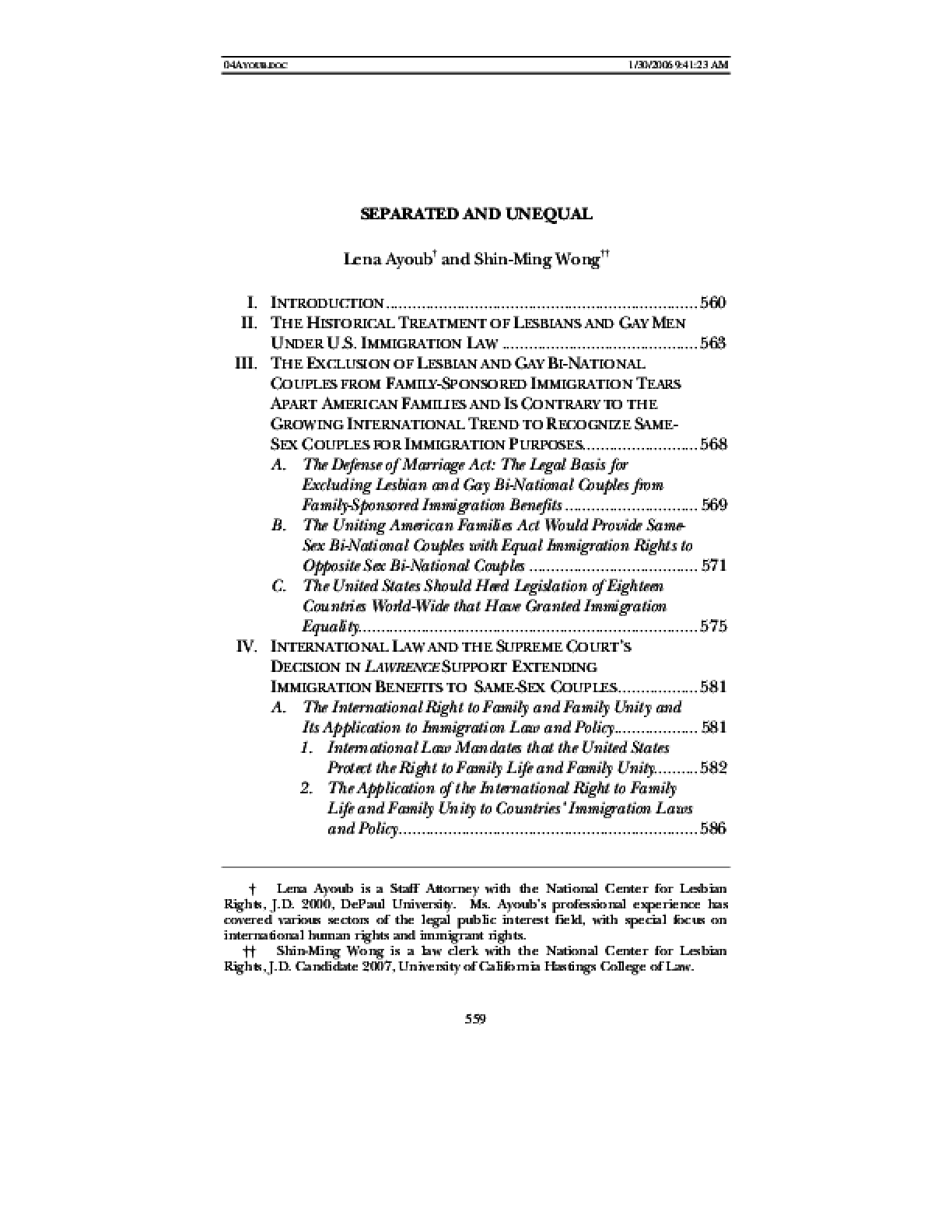