A growing number of foreign policy experts are voicing concern that certain restrictive policies toward non-citizens implemented by the U.S. government in the aftermath of the September 11, 2001, terrorist attacks may be causing long-term damage to U.S. foreign policy goals. According to these experts, some policies, in particular the registration requirements imposed on non-immigrants from predominantly Muslim countries, have cast a net too wide to effectively enhance security, while promoting a perception that Muslims and Arabs are no longer welcome in the United States. 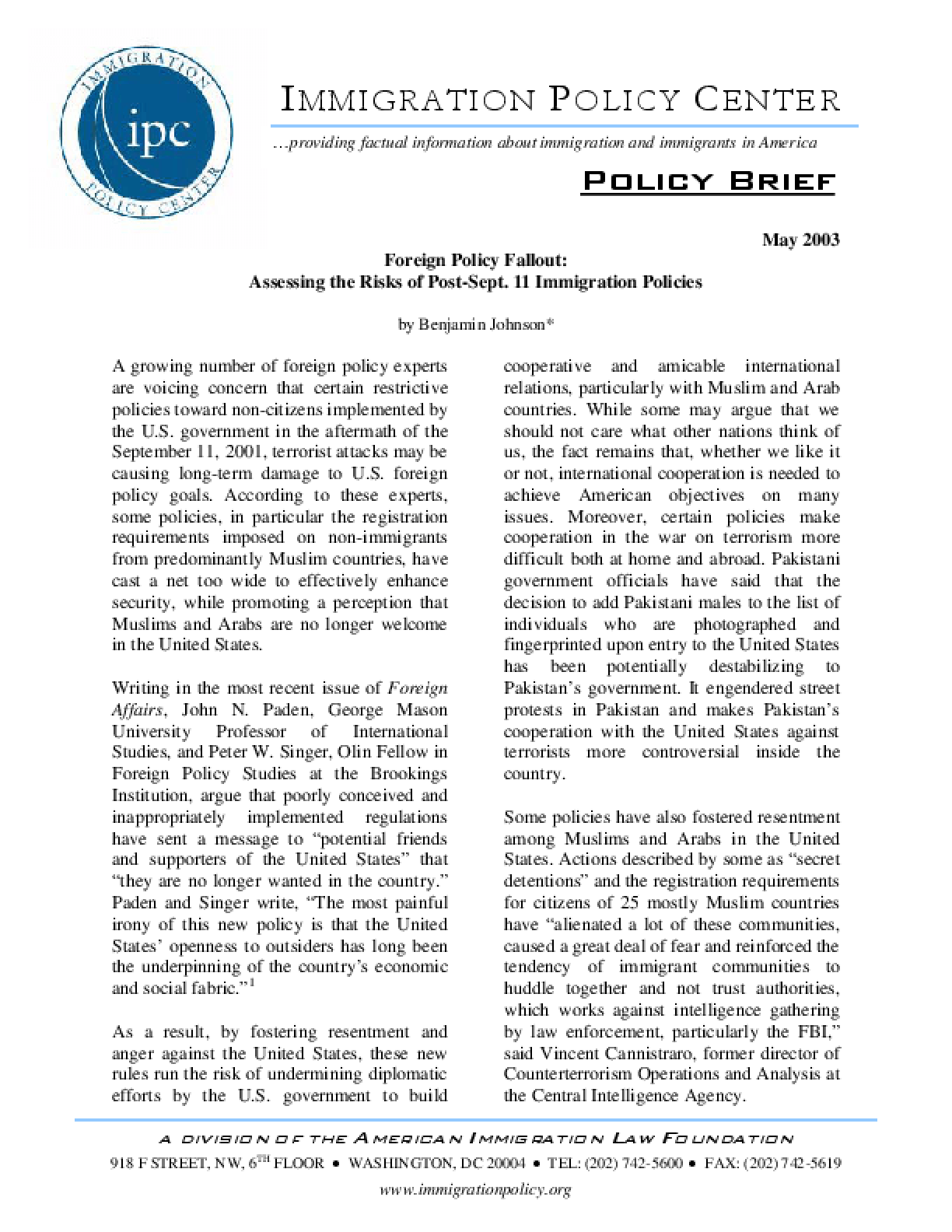