Foundation Funding for the Humanities: An Overview of Current and Historical Trends

Foundation Funding for the Humanities: An Overview of Current and Historical Trends, finds that funding for fields such as art history, history and archeology, languages and linguistics, area studies, and the humanistic social sciences increased two and one-half times (149.8 percent) from $134.1 million in 1992 to $335 million in 2002. At the same time the report notes that, despite the overall increase, some scholarly disciplines actually lost ground over the ten year period. Support for the humanities grew more slowly than overall foundation giving during this period (up 199.8 percent), and the share of giving for the humanities slipped from 2.5 percent in the early 1990s to 2.1 percent in 2002. 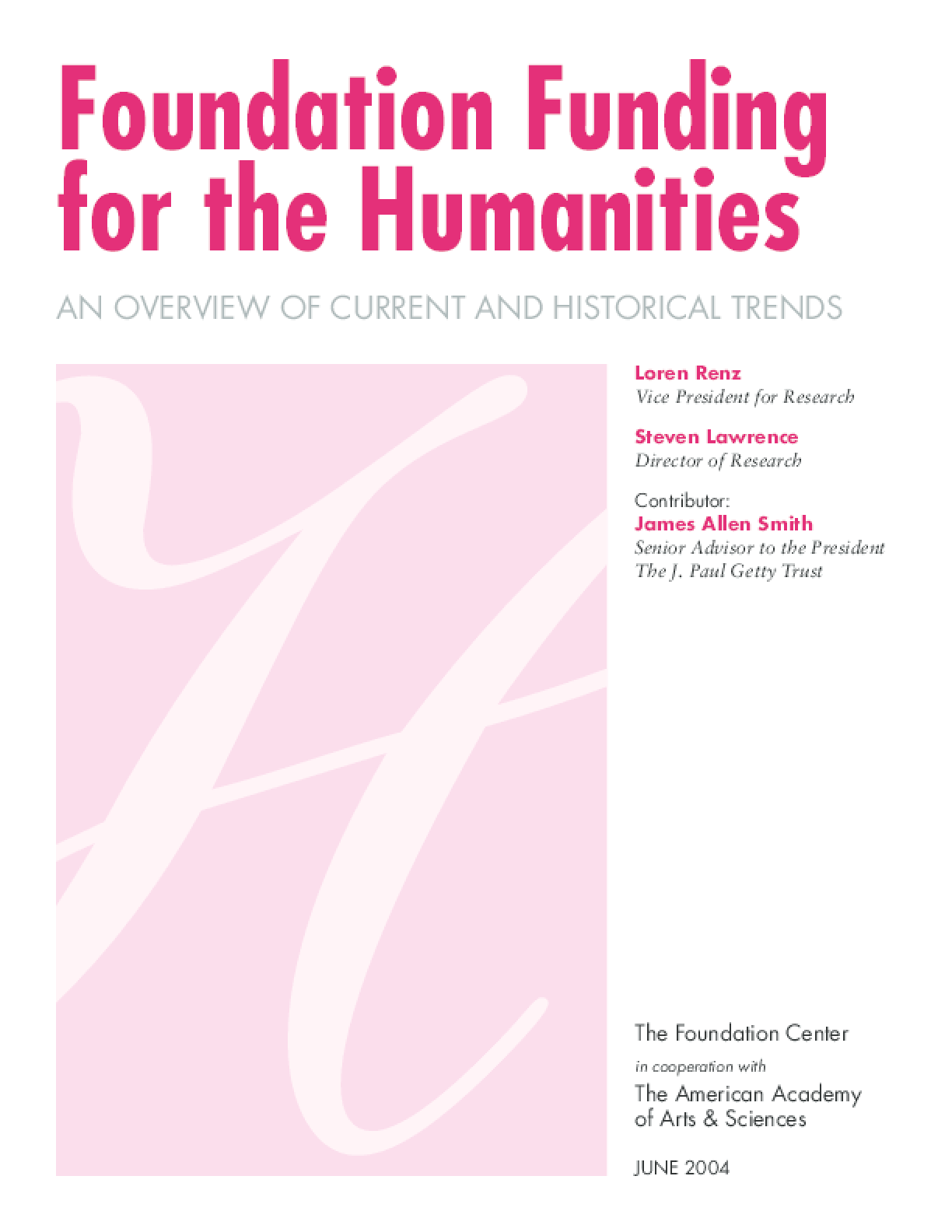