Overall giving by the largest private and community foundations rose 8.1 percent between 2003 and 2004. This represents the first increase in grant dollars recorded since 2001 and largely reflects the modest recovery in foundation assets that began in 2003. Support for most major subject areas grew, with science and technology and health posting the largest gains. These findings are based on all grants of $10,000 or more awarded by 1,172 larger foundations. The $15.5 billion awarded by the sampled funders represents roughly half of overall U.S. foundation giving. This "Preview" highlights key patterns of giving in 2004 by subject area, type of support, population group, geographic focus, and foundation type. A full analysis is published in Foundation Giving Trends: Update on Funding Priorities in February 2006. 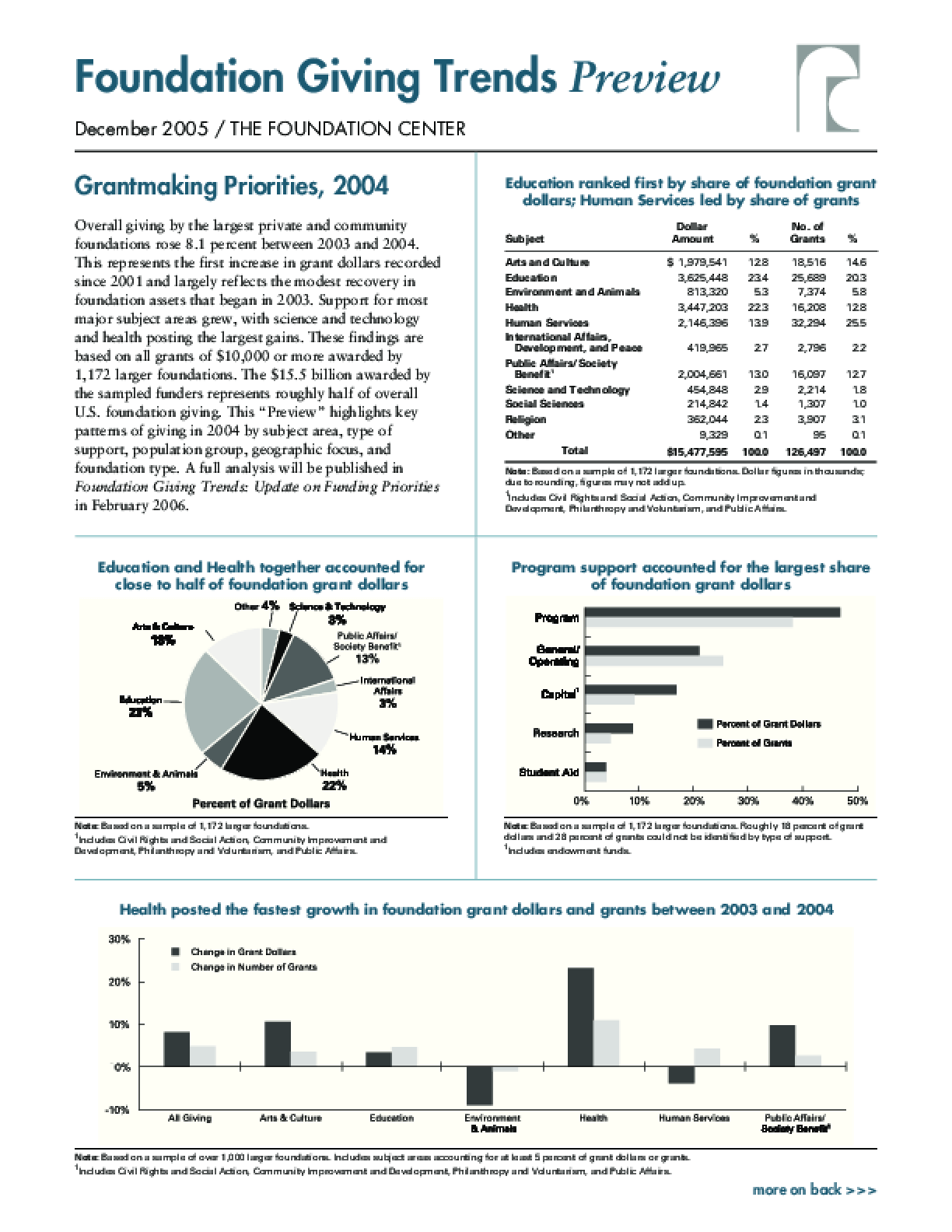