Health surpassed education as the top priority of private and community foundations included in the Foundation Center's grants sample in 2006. Contributing to this growth were a number of exceptionally large grants awarded by the Bill & Melinda Gates Foundation. Support for most major subject areas grew, with international affairs and health posting the largest gains. By type of support, program support captured the largest share of foundation grant dollars (50 percent). These findings are based on all grants of $10,000 or more awarded by 1,263 of the largest foundations. The $19.1 billion awarded by the sampled funders represents roughly half of overall U.S. foundation giving. This "Preview" highlights key patterns of giving in 2006 by subject area, type of support, population group, geographic focus, and foundation type. A full analysis was published in Foundation Giving Trends: Update on Funding Priorities in February 2008. 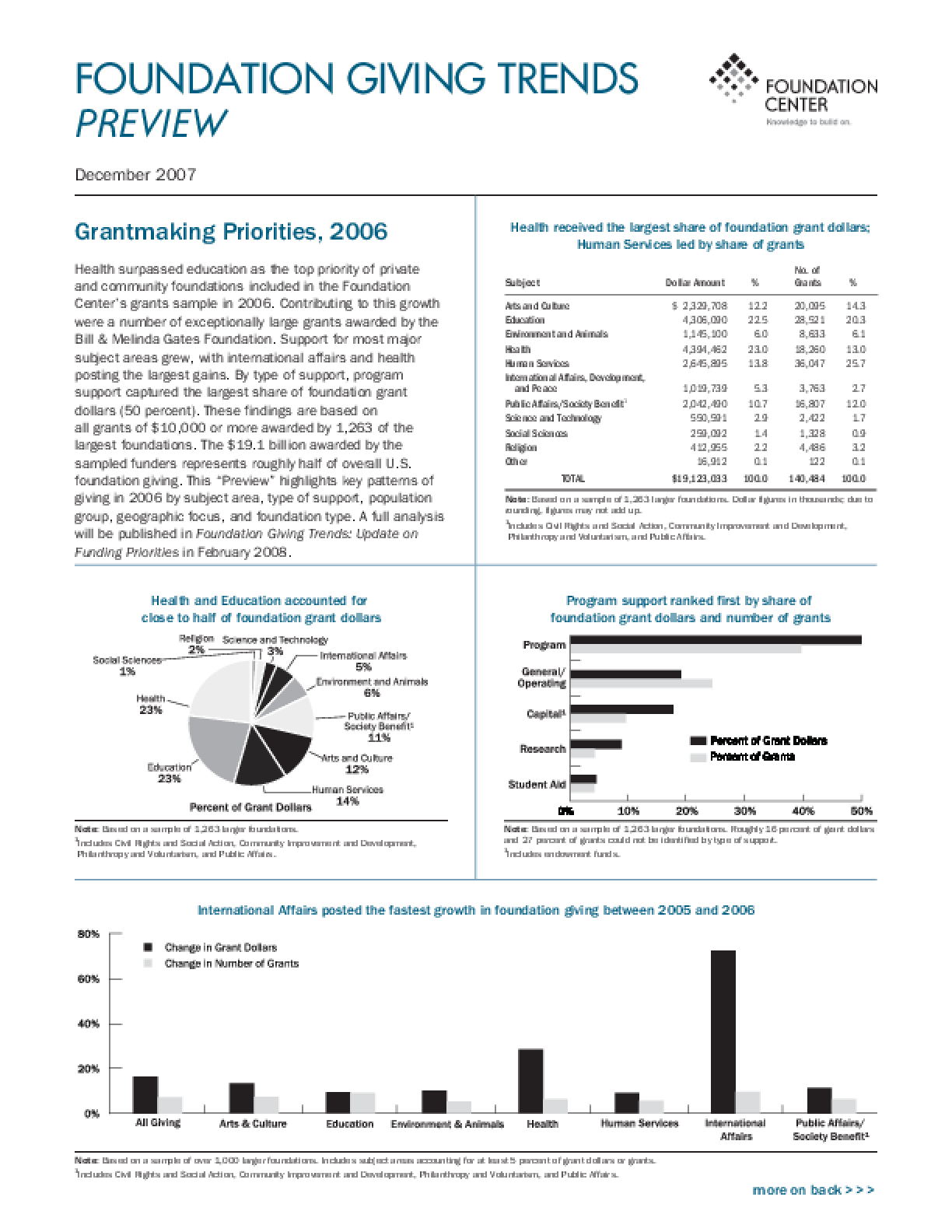