Foundations and the Fallacy of a Post-Racial America: African American Men and Civic Engagement

In this essay, Dr. Emmett Carson provides three reasons foundations should engage in specific programs aimed at supporting African-American men and boys: the mythology of a post-racial society; saving an endangered species; and ensuring global competitiveness. 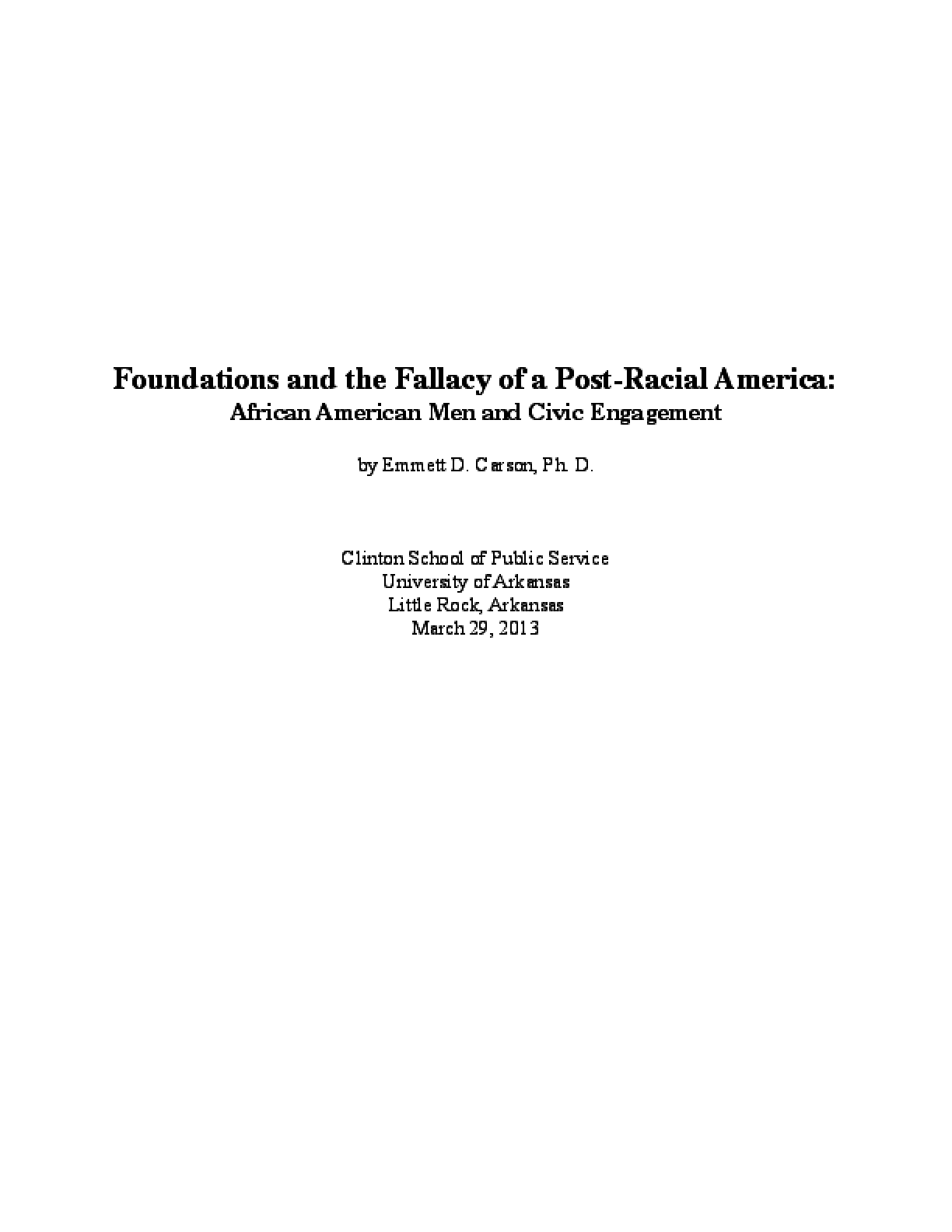