Although many foundations faced continuing asset losses in 2002, in general they held steady to their core programs. Among the more than 1,000 larger foundations included in the Foundation Center's 2002 grants database sample, shares of funding for major fields from the arts, to education, to human services remained largely consistent. Sampled foundations provided a record high share of operating support grants, which help sustain nonprofits in a difficult economic environment. At the same time, foundations continued to reduce their spending for endowments and other capital grants. 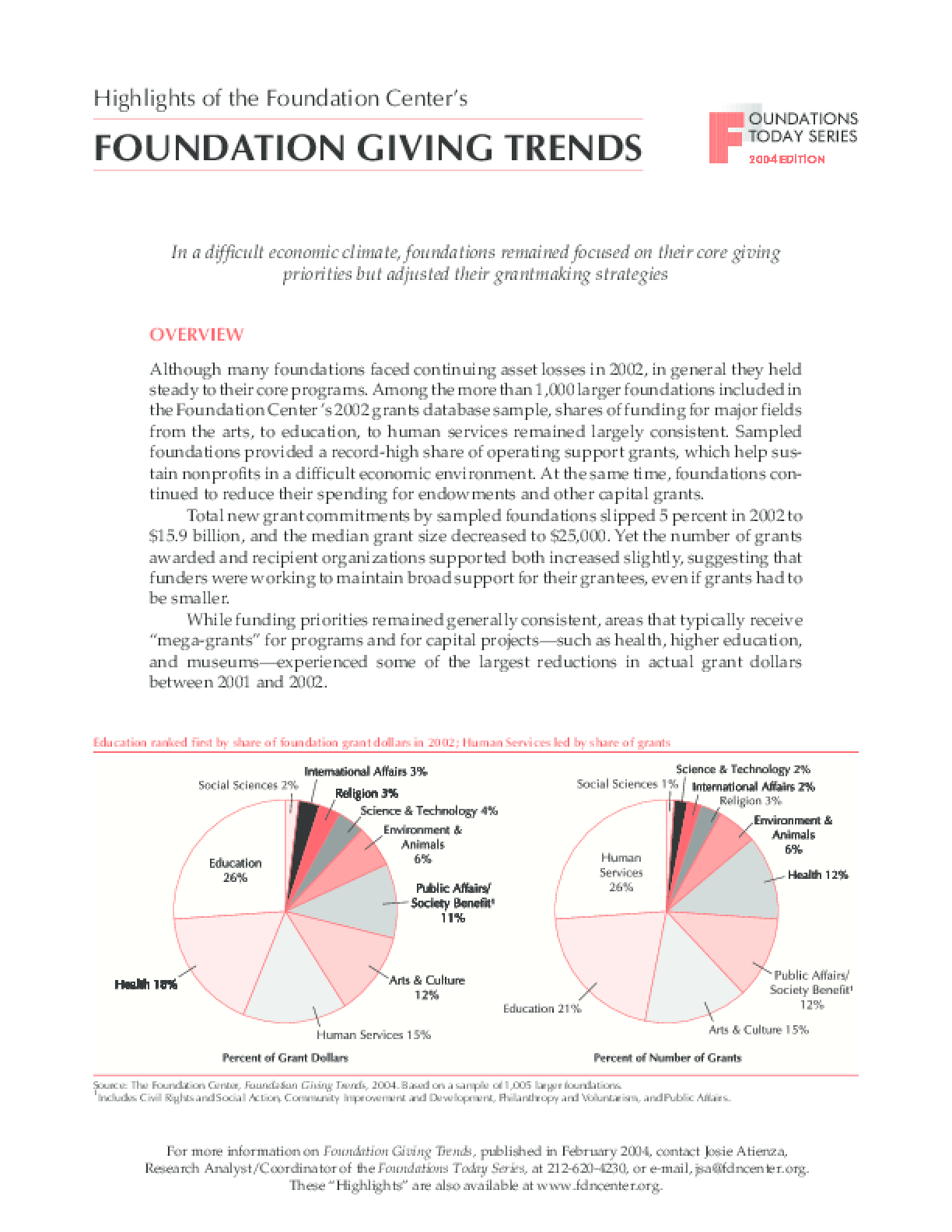