Giving by U.S. foundations slipped 0.2 percent in 2002, marking the first year of negative growth recorded since 1983. Nonetheless, foundations in the South increased their level of giving 2.2 percent in 2002, led by strong growth in funding by foundations based in Mississippi and Arkansas. Grantmakers in the West trailed closely with a gain of 2 percent, reflecting robust giving by foundations in Arizona and Montana. By comparison, Midwestern foundations reported a 3.6 percent decrease in giving, while Northeastern funders showed a 0.9 percent decline. Reduced foundation resources took a much greater toll on giving by the nation's nearly 65,000 grantmaking foundations in 2003. Overall, foundation giving declined an estimated 2.5 percent to $29.7 billion, down from $30.4 billion in 2002. Yet, this decrease was modest given the more than 10 percent loss in foundation assets between 2000 and 2002, the continued stock market slump into early 2003, and the completion in 2002 of exceptional giving in response to the 9/11 attacks. By foundation type, independent and corporate foundations reduced their overall giving in 2003, while community foundations continued to increase giving, albeit at a much slower pace than in recent years. 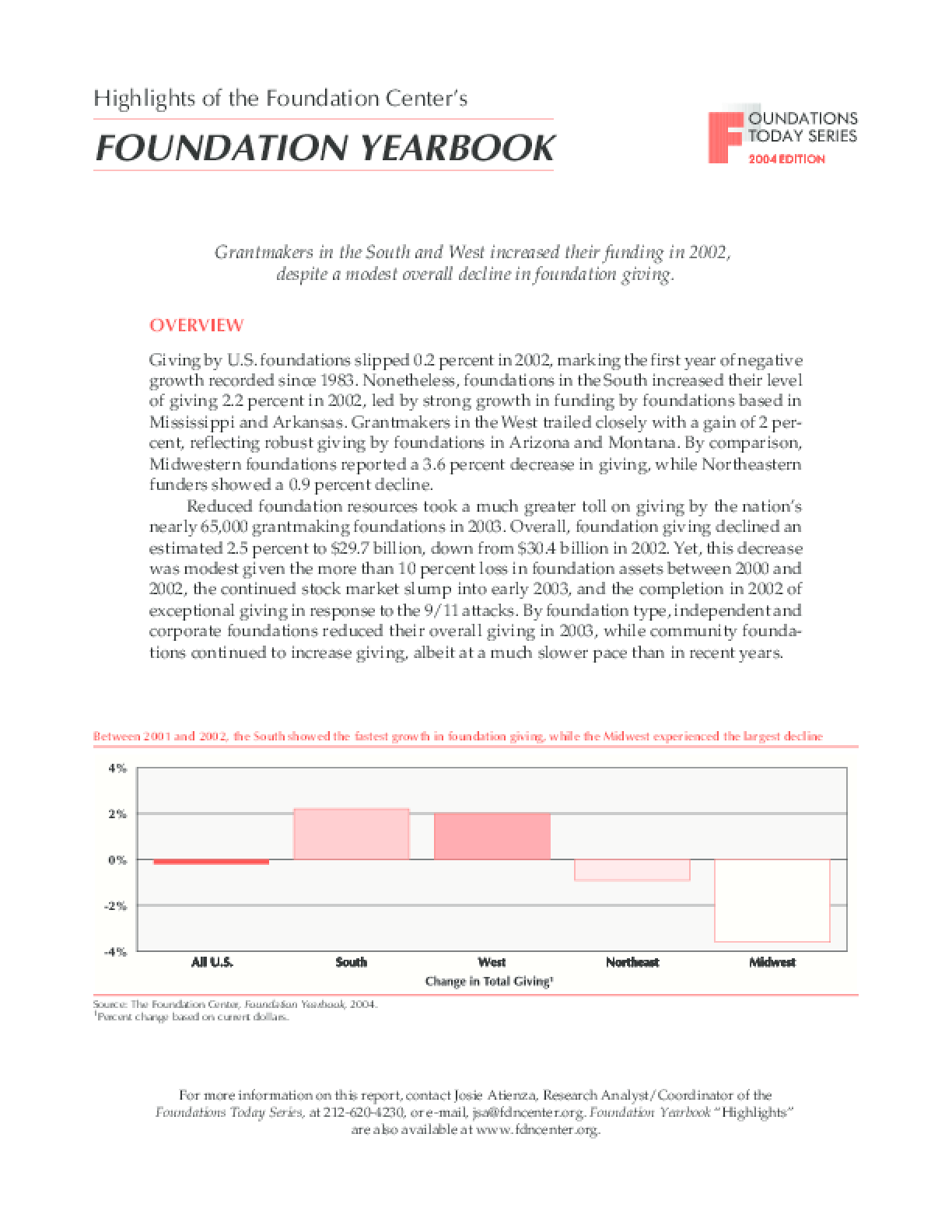