Foundation giving continued to recover from the downturn of the early 2000s but at a pace only a few points ahead of inflation. Modest gains in the stock market, new gifts into foundations, the outpouring of foundation support in response to the South Asian tsunami and Gulf Coast hurricanes, and the establishment of new foundations helped to sustain incremental growth in giving by the nation's close to 68,000 grantmaking foundations. Overall, foundation giving reached an estimated $33.6 billion in 2005, up from $31.8 billion in 2004. This 5.5 percent rise followed a 5.1 percent gain in giving in the prior year. Nonetheless, inflation adjusted giving by foundations in 2005 continued to fall below the record level reached in 2001. 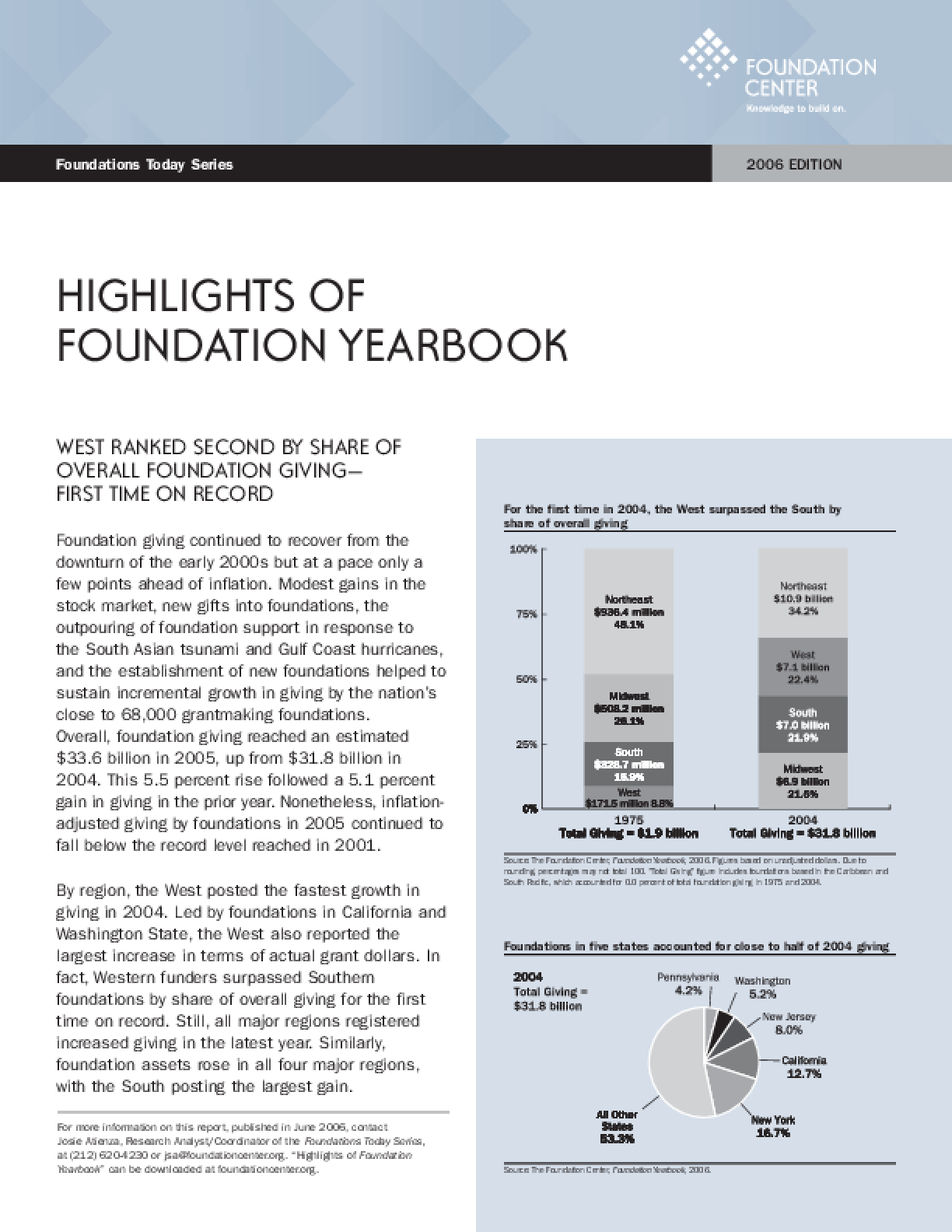