Robust stock market growth and high levels of new gifts into foundations contributed to the first consecutive double-digit annual foundation giving increases recorded since the "boom years" of 1996 to 2001. Inflation-adjusted estimated giving by foundations reached a new record high in 2006. Unadjusted U.S. foundation grant dollars rose by an estimated 11.7 percent, following a 14.3 percent gain in 2005. While market gains were the principal factor helping to boost existing foundation resources and raise the level of new gifts coming into foundations, other factors contributing to the rise in foundation giving included: more than 3,300 newly active foundations, higher payout rates -- in part reflecting the establishment of foundations by "younger" donors who are not yet ready to fully endow them -- and dramatic growth in giving by operating foundations established by pharmaceutical manufacturers. Overall, foundation grant dollars reached an estimated $40.7 billion in 2006, up from $36.4 billion in 2005. 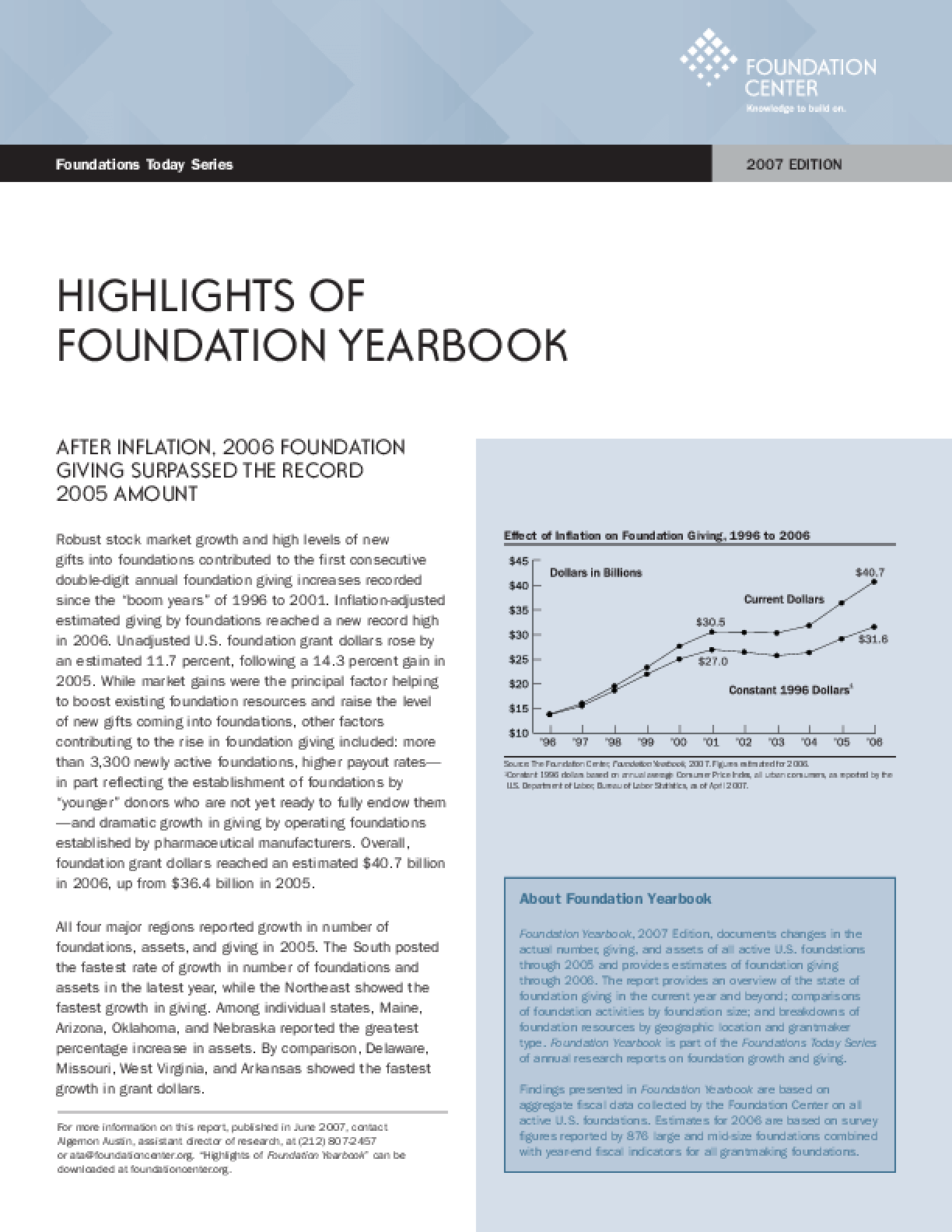