Giving by this country's more than 75,000 grantmaking foundations rose by an estimated 2.8 percent to a record $45.6 billion in 2008 -- about $1.2 billion more than in 2007. At the same time, the Foundation Center estimates that foundation assets dropped a record 21.9 percent in 2008 and that 2009 foundation giving will decrease by 8 to 13 percent. Several factors may help to lessen the impact on giving of this record decline in assets, such as the short-term increases in payout rates being adopted by some foundations, the practice among a number of funders of determining their grants budgets based on a rolling average of their asset values, and exceptional commitments made to directly address the current crisis. The outlook beyond 2009 remains unclear, and much depends on when the economy and stock market begin a consistent recovery. At present it appears likely that foundation giving will decline further next year. 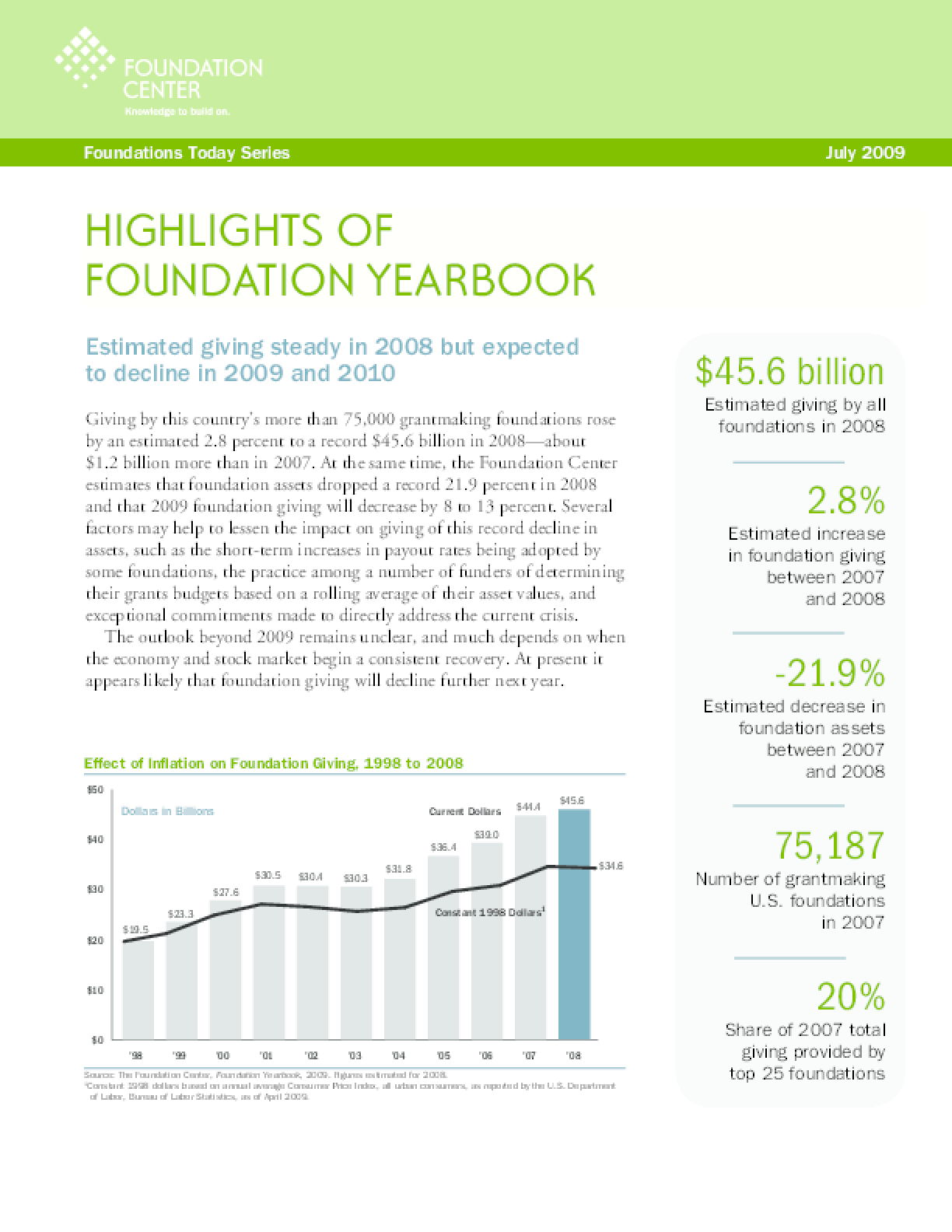