Foundations' Year-end Outlook for Giving and the Sector

Foundation giving will likely decline by more than 10 percent in 2009 according to survey findings released by the Foundation Center. Based on responses of close to 600 foundations, Foundations' Year-end Outlook for Giving and the Sector also finds that continued reductions are expected in 2010. However, more than three-quarters expect that the field of philanthropy will become more strategic as a result of having weathered the crisis. 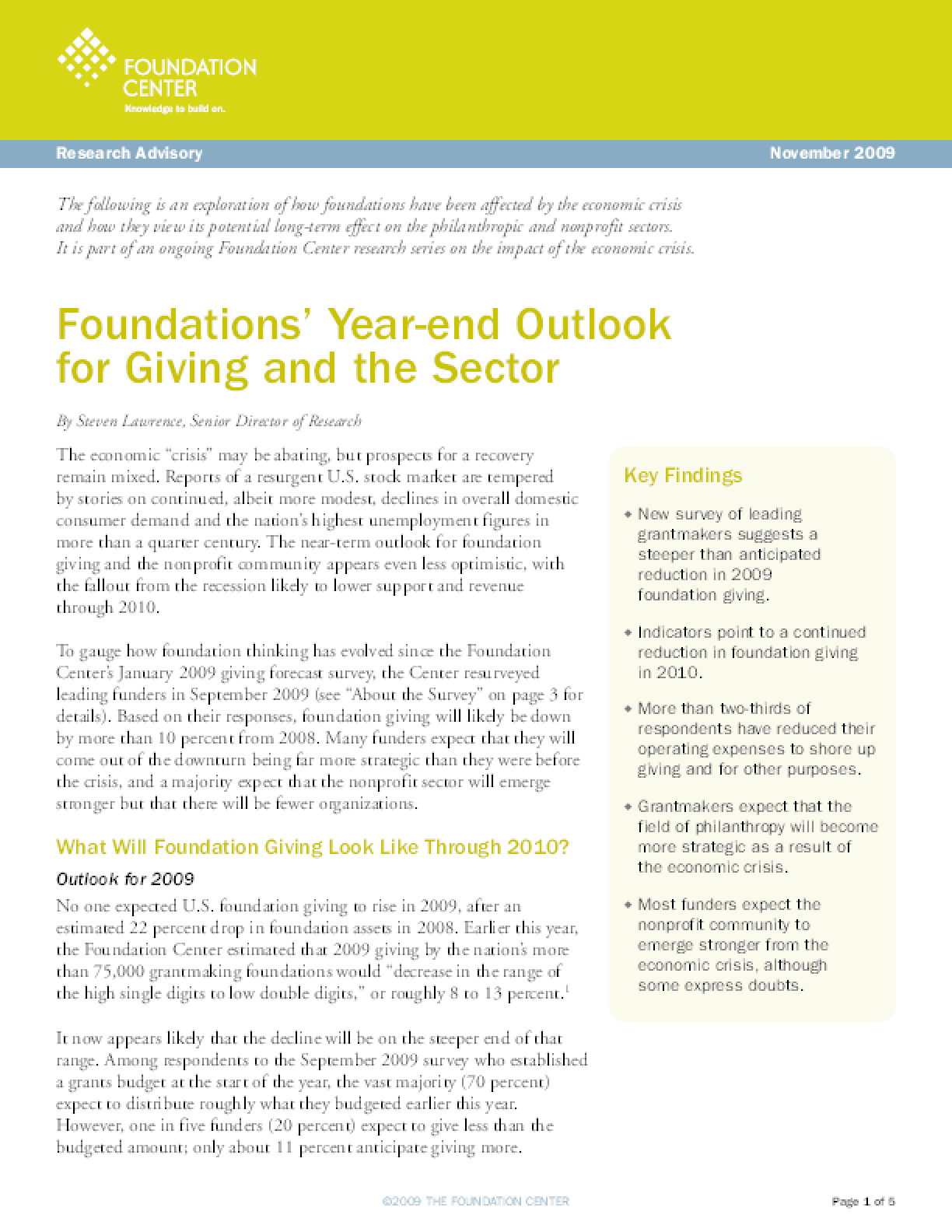