Freddie Mac and Fannie Mae: An Exit Strategy for the Taxpayer

The Fannie Mae-Freddie Mac crisis may have been the most avoidable financial crisis in history. Economists have long complained that the risks posed by the government-sponsored enterprises were large relative to any social benefits. We now realize that the overall policy of promoting home ownership was carried to excess. Even taking as given the goal of expanding home ownership, the public policy case for subsidizing mortgage finance was weak. The case for using the GSEs as a vehicle to subsidize mortgage finance was weaker still. The GSE structure serves to privatize profits and socialize losses. And even if one thought that home ownership was worth encouraging, mortgage debt was worth subsidizing, and the GSE structure was viable, allowing the GSEs to assume a dominant role in mortgage finance was a mistake. The larger they grew, the more precarious our financial markets became. Regulators should contemplate freezing the mortgage purchase activities of the GSEs while at the same time loosening the capital requirements for banks to hold low-risk mortgages. The result would almost surely be an industry much less concentrated than the current duopoly. A housing finance system that does not rely so heavily on Freddie Mac and Fannie Mae will be more robust. We have to assume that sooner or later some of the institutions involved in mortgage finance will fail. The policy should be to promote a housing finance system where mortgage risk is spread among dozens of institutions. That way, the failure of some firms can be resolved through mergers and orderly restructuring, without exposing the financial system to the sort of catastrophic risk that is represented by Fannie Mae and Freddie Mac. 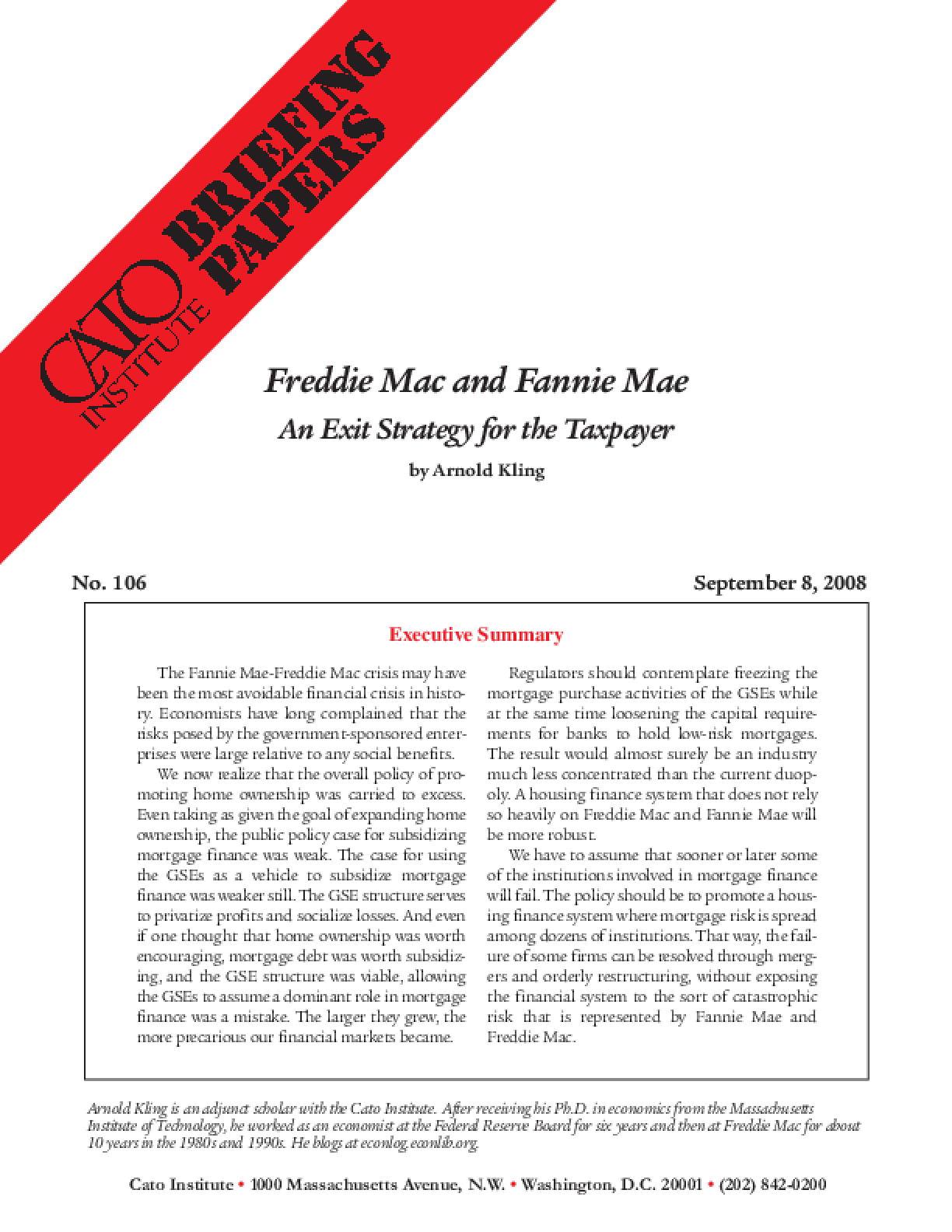