Freedom of Speech and the Press in the Information Age

On June 26 -- 27, 2008, more than 130 social studies teachers from across the United States, its territories, Cuba and even Iraq gathered at Georgetown University in Washington, D.C., for the James Madison Symposium conducted in partnership with the McCormick Freedom Museum. The symposium was titled Freedom of Speech and Press in the Information Age and explored four related topics under this thematic umbrella including free speech on the Internet and blogs, as well as in the traditional press; the Fairness Doctrine; press coverage during wartime; and the free speech implications of campaign finance reform. The two-day conference was organized around four separate panels based on the aforementioned subjects, and also included an evening banquet with a keynote address by C-SPAN President and CEO Brian Lamb, as well as a morning working session on lesson plans to address the four central topics. This report presents a summary of these deliberations in chapter form, with each chapter followed by a lesson plan rooted in the conference proceedings. The hope is that the summaries of the panel discussions help to contextualize the topics addressed and provide solid leads for further examination of these issues. They frame the embedded lesson plans, each designed for use in social studies classes at the secondary level. 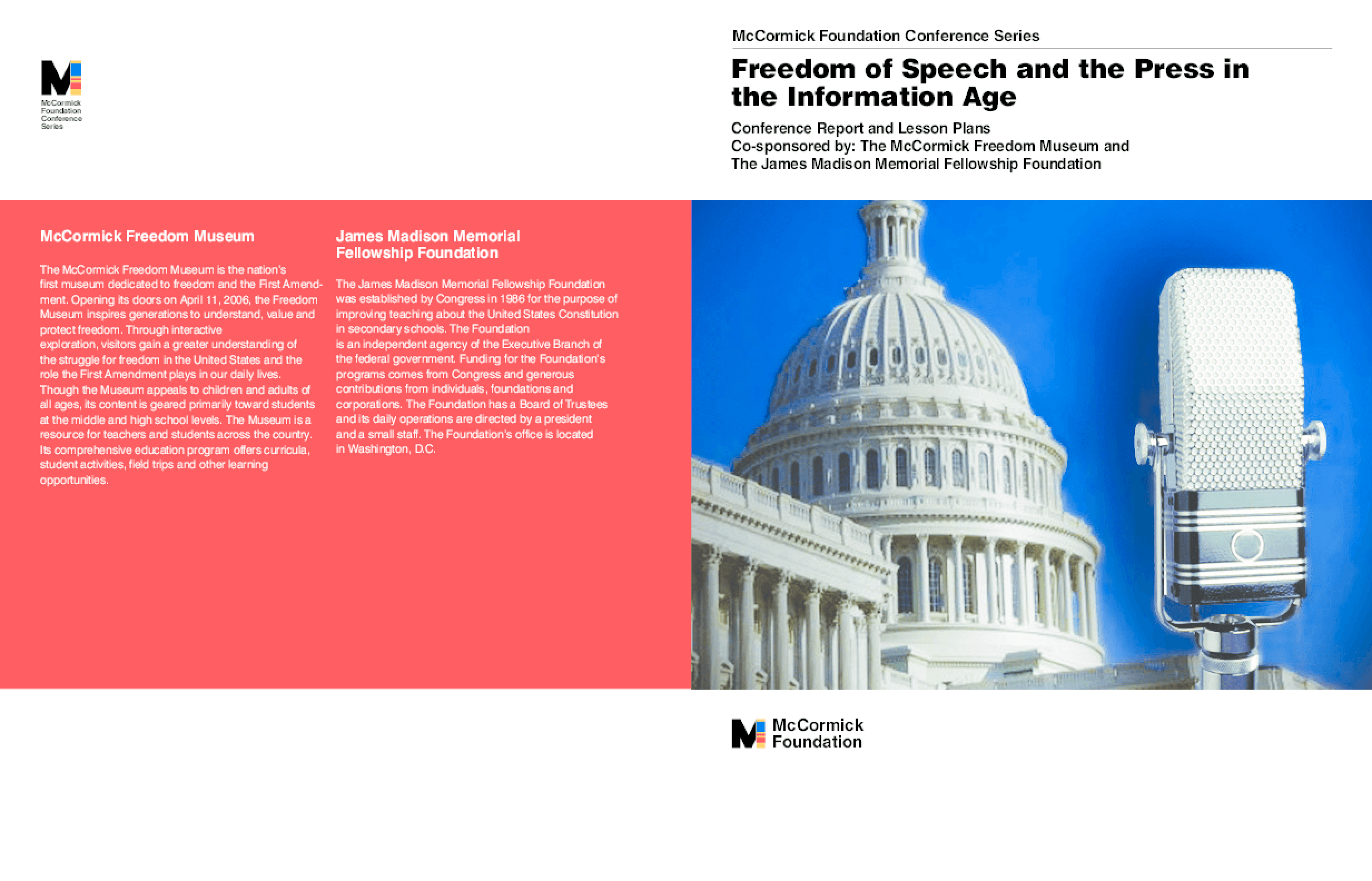