Freeing the Farm: A Farm Bill for All Americans

Agricultural policy in the United States is interventionist, expensive, inequitable, and damaging to American interests abroad.Over the last 20 years, the opportunity cost to American consumers and taxpayers of supporting agricultural producers has totalled over $1.7 trillion.The harm to agricultural producers abroad, including many developing countries, does not help U.S. foreign policy. American intransigence over reducing farm subsidies is a significant impediment to a successful conclusion to the Doha round of world trade talks. It is time for the government to get out of the business of managing agricultural markets and supporting the incomes of farmers, many of whom are relatively well-to-do.

Removing barriers to agricultural imports will provide cheaper food for consumers and inject competition and dynamism into agricultural markets. Democrats took Congress partly by criticizing fiscal irresponsibility. Dismantling farm income support programs is a perfect opportunity to make good on the promise to make changes for the better.

Because the first-best solution of completely ending farm programs as of September 30, 2007--with no compensation or transition payments--is politically infeasible, we advocate that the government buy out the damaging and expensive support for farmers by paying them a fixed amount of money, which they would be free to spend as they wish. Although it would require large up-front outlays, a politically expedient buyout of agricultural subsidies and trade barriers, with concrete steps to ensure the changes are permanent, would be a worthwhile investment. The 2007 Farm Bill provides an opportunity for less government interference with rural America. 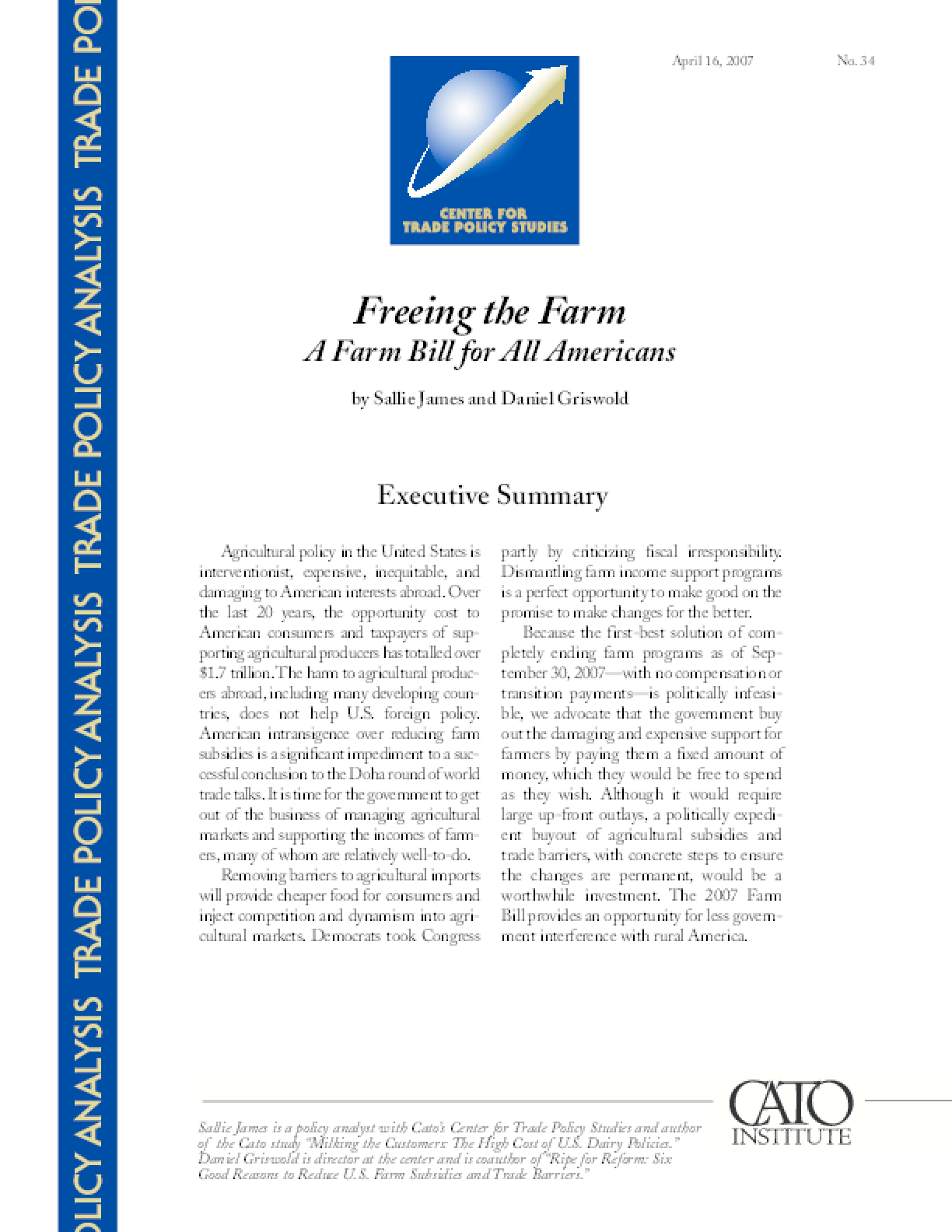