PEN's venture was guided by its theory of action. In simplest form the theory is: reform idea plus public engagement equals change in education practice; reform idea minus public engagement equals inability to cope with an intricate process. The world of public education reform obviously has many complexities not captured in our preliminary model, but our experiences in the Annenberg public engagement initiative pointed us in the direction of identifying those complexities, thinking about how to incorporate them into a more refined theory of change, and ultimately of achieving that change. 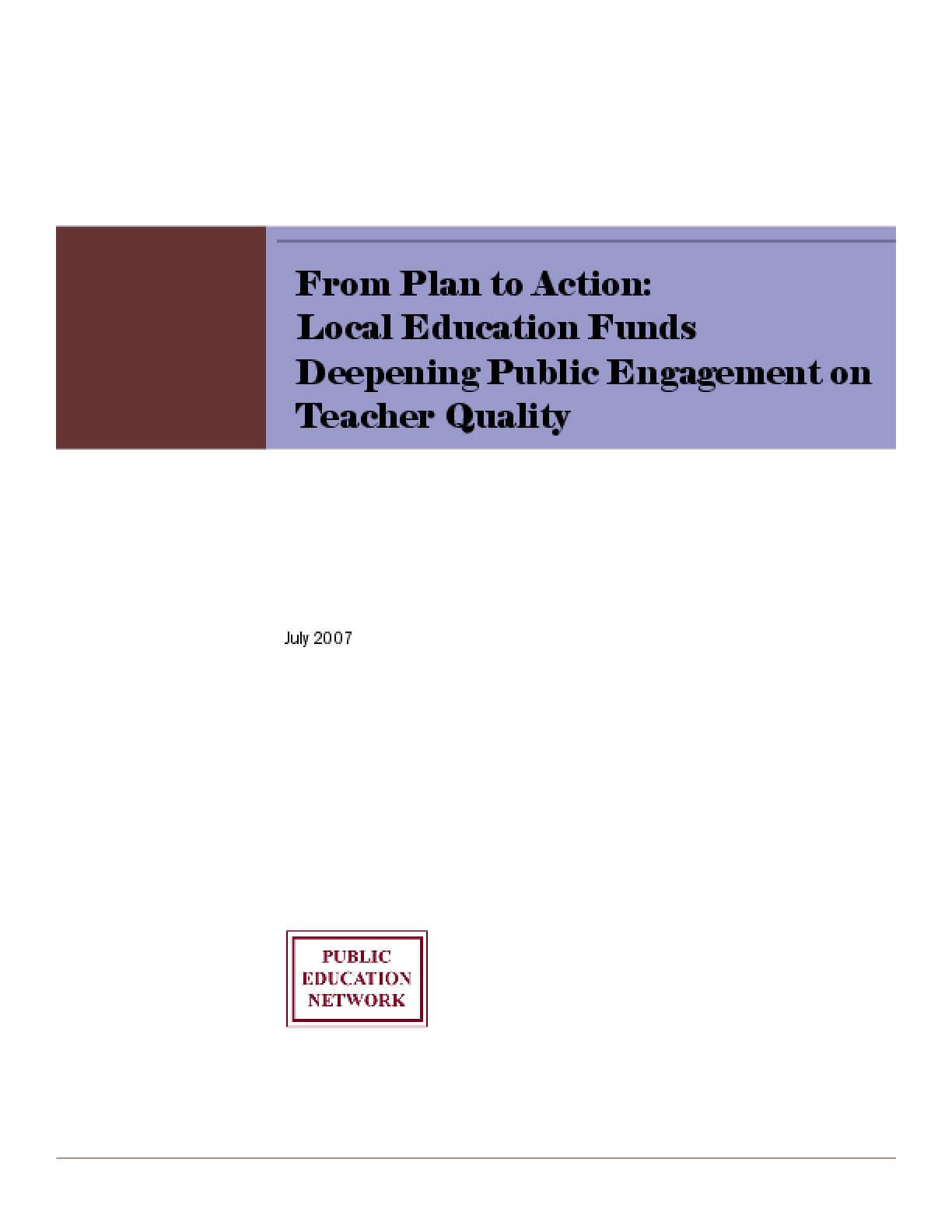