From Pollution to Solution: A global assessment of marine litter and plastic pollution

This assessment describes the far-reaching impacts of plastics in our oceans and across the planet. Plastics are a marker of the current geological era, the Anthropocene (Zalasiewicz et al. 2016). They have given their name to a new microbial habitat known as the plastisphere (Amaral-Zettler et al. 2020; see Glossary). Increased awareness of the negative impacts of microplastics on marine ecosystems and human health has led them to be referred to as a type of "Ocean PM2.5" akin to air pollution (i.e. particulate matter less than 2.5 micrometres [μm] in diameter) (Shu 2018). With cumulative global production of primary plastic between 1950 and 2017 estimated at 9,200 million metric tons and forecast to reach 34 billion metric tons by 2050 (Geyer 2020) (Figure i), the most urgent issues now to be addressed are how to reduce the volume of uncontrolled or mismanaged waste streams going into the oceans (Andrades et al. 2018) and how to increase the level of recycling. Of the 7 billion tons of plastic waste generated globally so far, less than 10 per cent has been recycled (Geyer 2020). 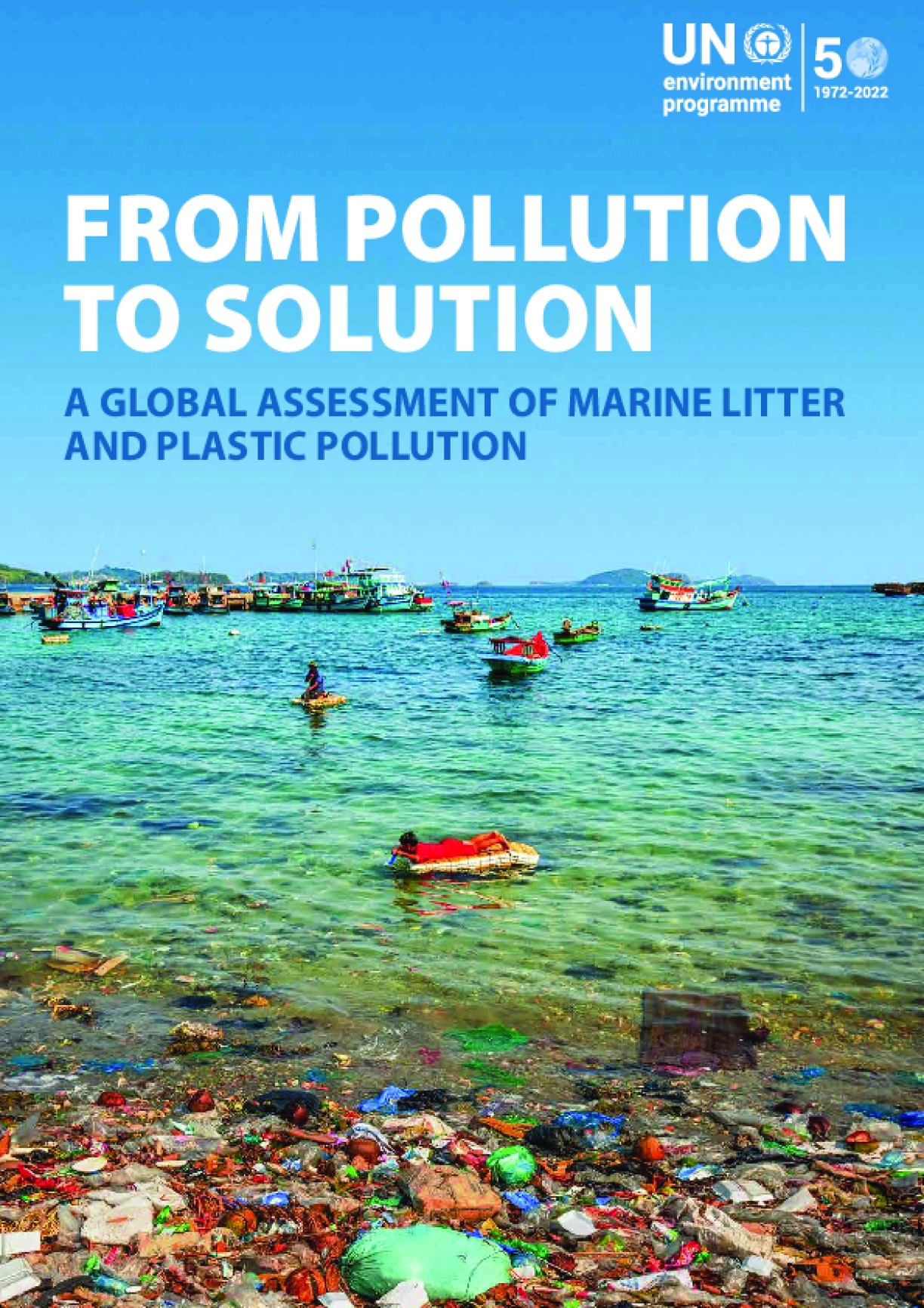