From the Ground Up: Gender and conflict analysis in Yemen

Conflicts and humanitarian crises affect men, women, girls, and boys differently due to their different societal roles and the deep-rooted socio-cultural and economic inequalities which become exacerbated during crises. Men and boys form the vast majority of direct victims of armed conflict and associated impacts like forced recruitment or arbitrary detention. Women bear the burdens of running the households under extreme stress and are often exposed to different forms of gender-based violence. During emergencies, women and girls become more vulnerable as basic services collapse and livelihoods diminish. In order to better understand the impact of armed conflict on men, women, boys, and girls, and the changes that have resulted in gender roles and relationships at household and community levels since the onset of conflict in March 2015, Oxfam, CARE and GenCap in Yemen collaborated to collect and analyse available data to further inform immediate humanitarian response as well as longer-term programming in Yemen. 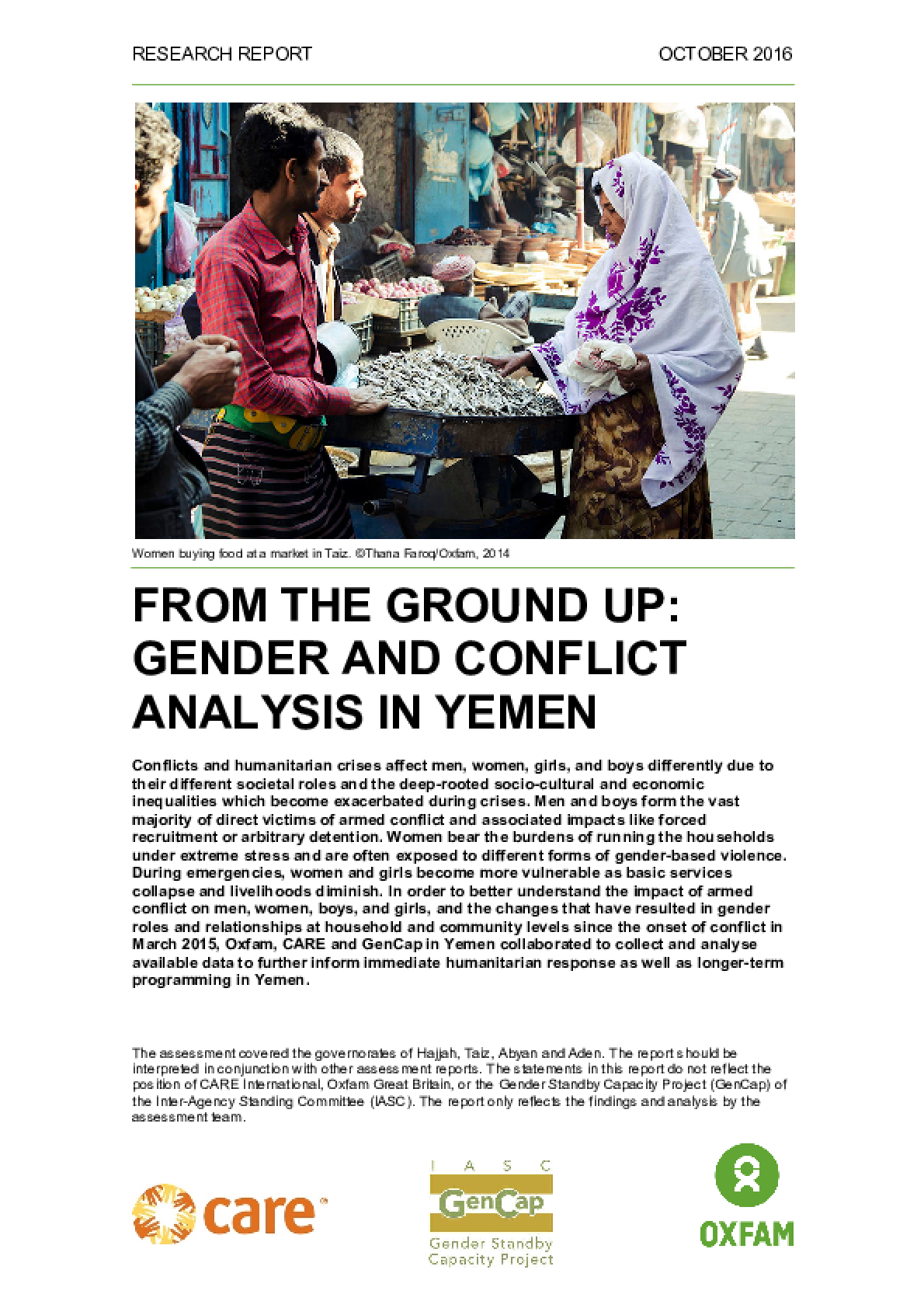