From the Inside In: An Examination of Common Core Knowledge & Communication in Schools

Sponsored by the General Electric Foundation, which also provides support to New York City through its Developing FuturesTM in Education Program, the Consortium for Policy Research in Education (CPRE) at the University of Pennsylvania has examined Common Core implementation in New York City in a series of studies. In 2013 CPRE released the findings of two investigations, one which described how the district constructed the 2011-12 Citywide Instructional Expectations (CIEs) for teachers, which were a small number of assignments for school faculties to complete during the school year to facilitate their engagement with the new Common Core (Supovitz, 2013). The second report examined how a diverse sample of 16 schools understood and implemented these CIEs and how their choices influenced their levels of engagement (Goldsworthy, Supovitz, & Riggan, 2013). A third report is a companion to the current report, focusing on teacher collaboration as a means of cultivating and transferring knowledge about the Common Core. 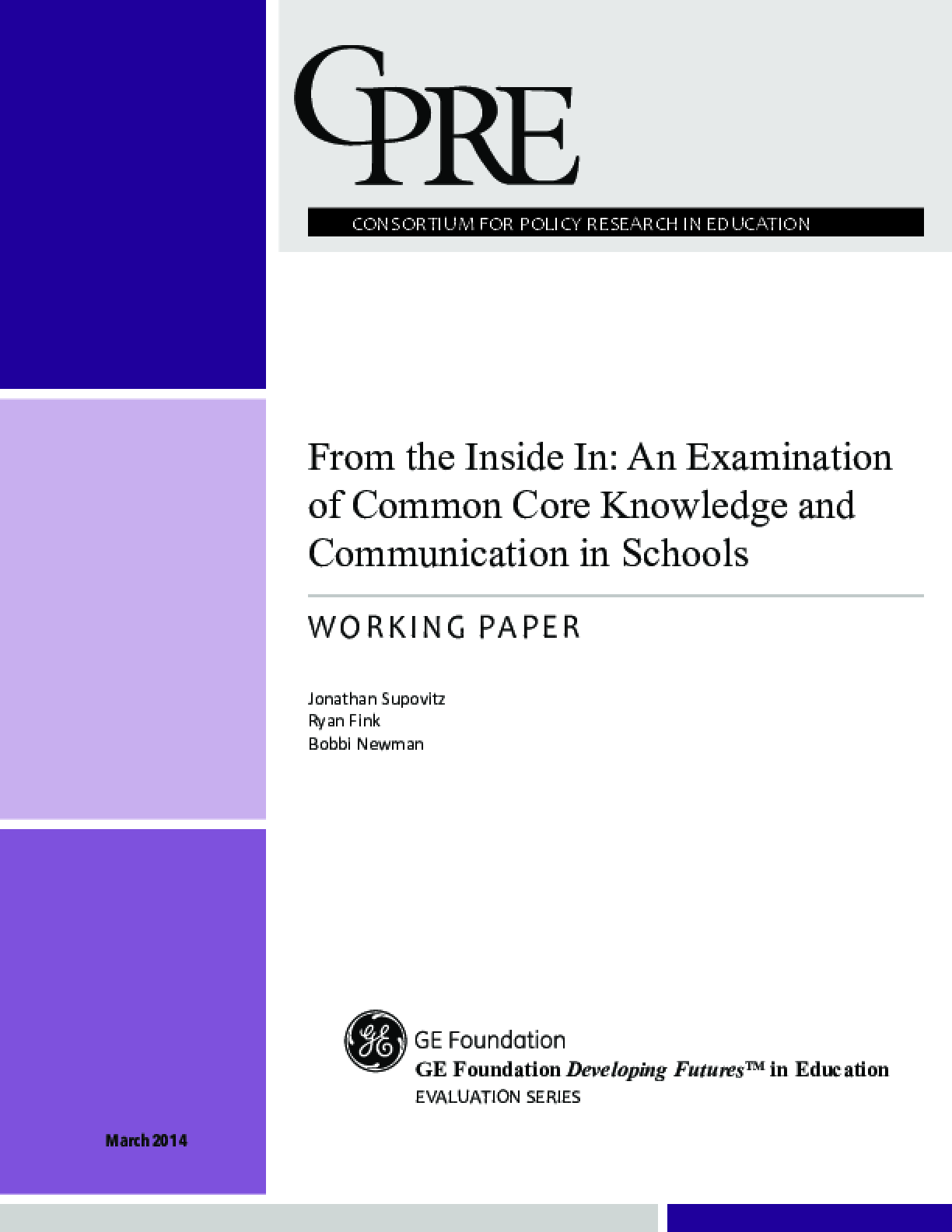