Fulfilling the NPT Bargain: The Role of Middle Powers

The Second Nuclear Age has begun and the danger of the use a nuclear weapons is growing. The only guarantee against use is the complete elimination of all nuclear weapons. Though such a goal seems far off, the security architecture for a nuclear weapons-free world must be built. Both non-proliferation and disarmament must be addressed to effect a balanced implementation of the Non-Proliferation Treaty.

This Brief outlines five priority measures: a Fissile Materials Cut-off Treaty; verification of reduction and elimination of nuclear arsenals; reduction of the operational status of nuclear forces; the Comprehensive Nuclear-Test-Ban Treaty; and strengthening assurances of non-use of nuclear weapons against non-weapon states. These measures would decrease risks of use, diminish the access of terrorists to catastrophic weapons and materials to build them, raise barriers to acquisition by additional states, and generate support for strengthening the non-proliferation side of the regime and resolving regional crises. They would make for a safer world now and create the pre-conditions for elimination of nuclear arms. 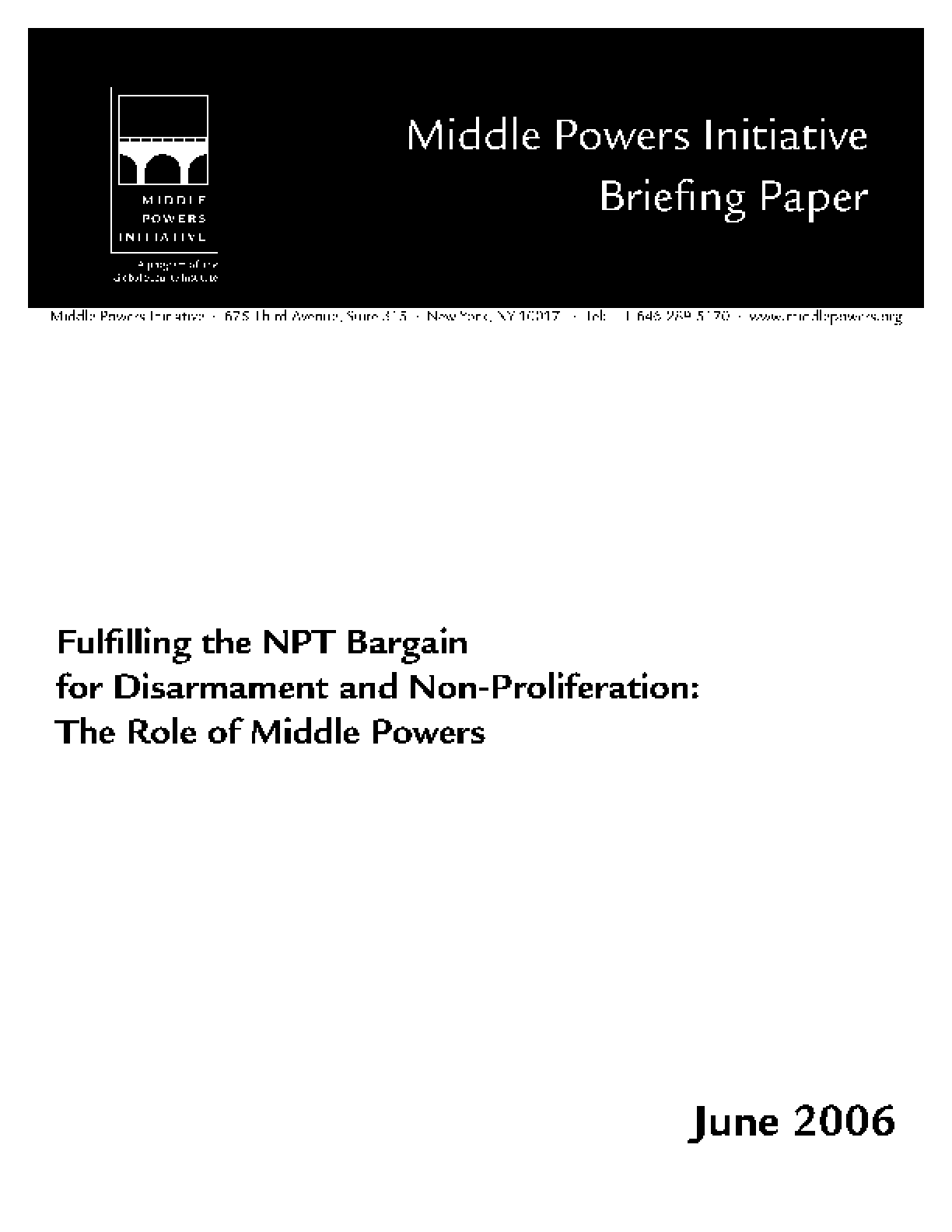