This a compelling story of collaboration. It is an inspiring example of funders having the courage to not accept the usual fragmented approach. They believed the lives of vulnerable children deserved better. After enormous effort they reached a stage of performing effectively as a funder collaborative.

But this is also a cautionary tale. Collaborating with other funders is much harder than going it alone. This example illustrates the phenomenal costs, compromises and commitment involved in making a joint venture collaborative work. It cautions against pooled funding with diverse donors, implementing an innovative and complex programme in such a demanding context.

This begs the big question - was it all worth it? After all, "it was a pretty expensive experiment" as one member said. In terms of the work on the ground in Tangababwe, the honest answer is probably not. Steering committee members admit that the collaborative has not got near to achieving most of its initial aims (but this may be more a consequence of the unique challenges the project faced in-country, rather than funder collaboration itself).

What is clear is that despite the costs and difficulties involved, the members have subsequently scaled up their collaborative ventures with other funders. They say that the learning they gained from this demanding, first-hand experience made it worthwhile. They may be more wary of the intensity of pooled funding, but are more convinced than ever of the value of funder collaboration itself. They are now much more aware of the huge risks involved, but are choosing to collaborate with other funders all the more. 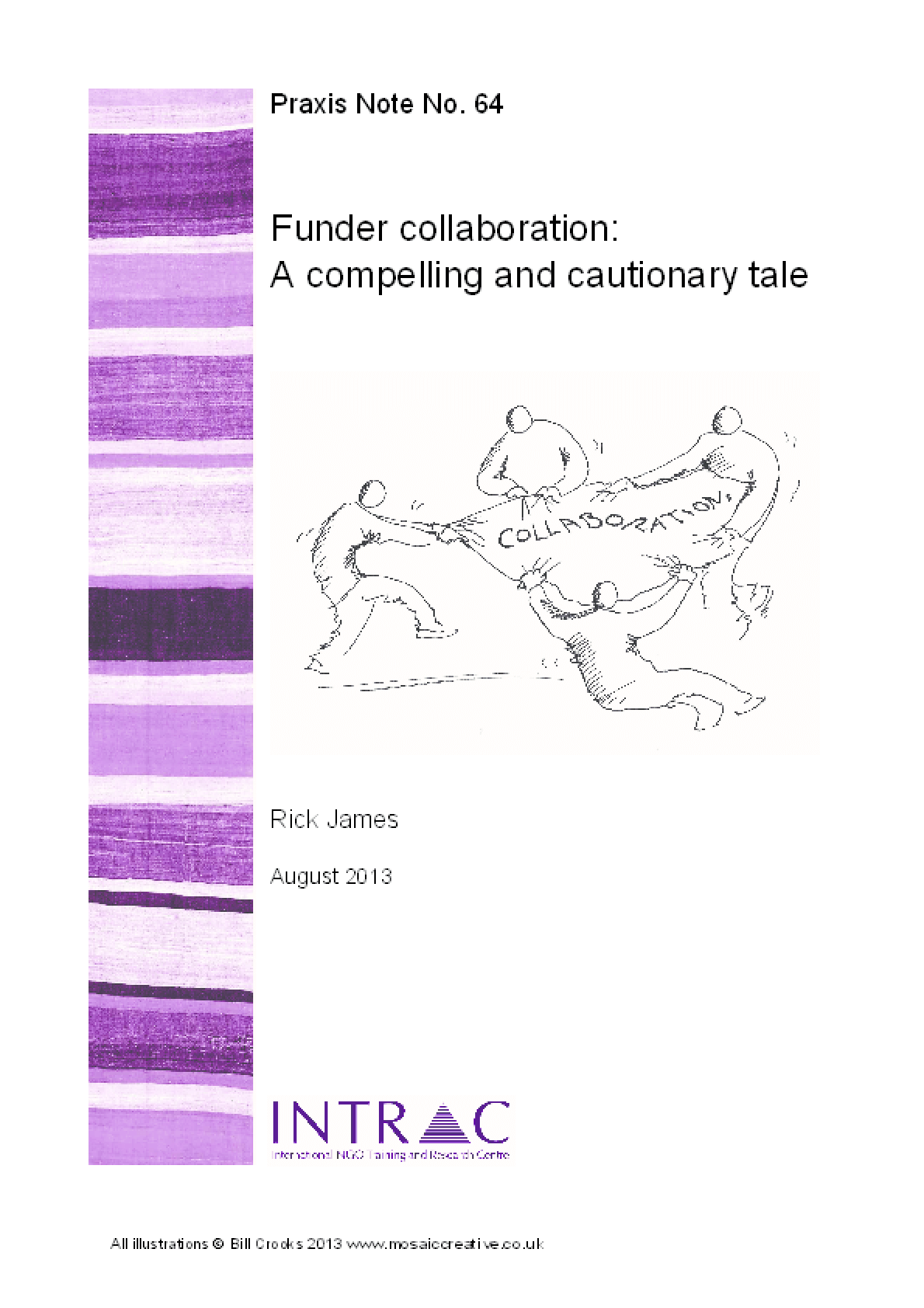