The purpose of my research at the Rockefeller Archive Center (RAC) was to identify the ways that American philanthropic foundations' arts-focused initiatives connected to social science programs for modernizing the Middle East in the 1950s. This research is a central component of my forthcoming book, Metrics of Modernity: Art and Development in 1950s Turkey. At the Rockefeller Archive Center, I found that John Marshall, Associate Director for the Humanities at the Rockefeller Foundation, was unusually forward-thinking in his belief that arts-focused philanthropy could help drive development in the Middle East. In what follows, I argue that the Turkish ceramicist Füreya Koral, to whom Marshall offered one of the foundation's very first artist's fellowships in 1956, served as a test case for Marshall's hypothesis that the modern artist had an important role to play in the modernization of the Middle East. 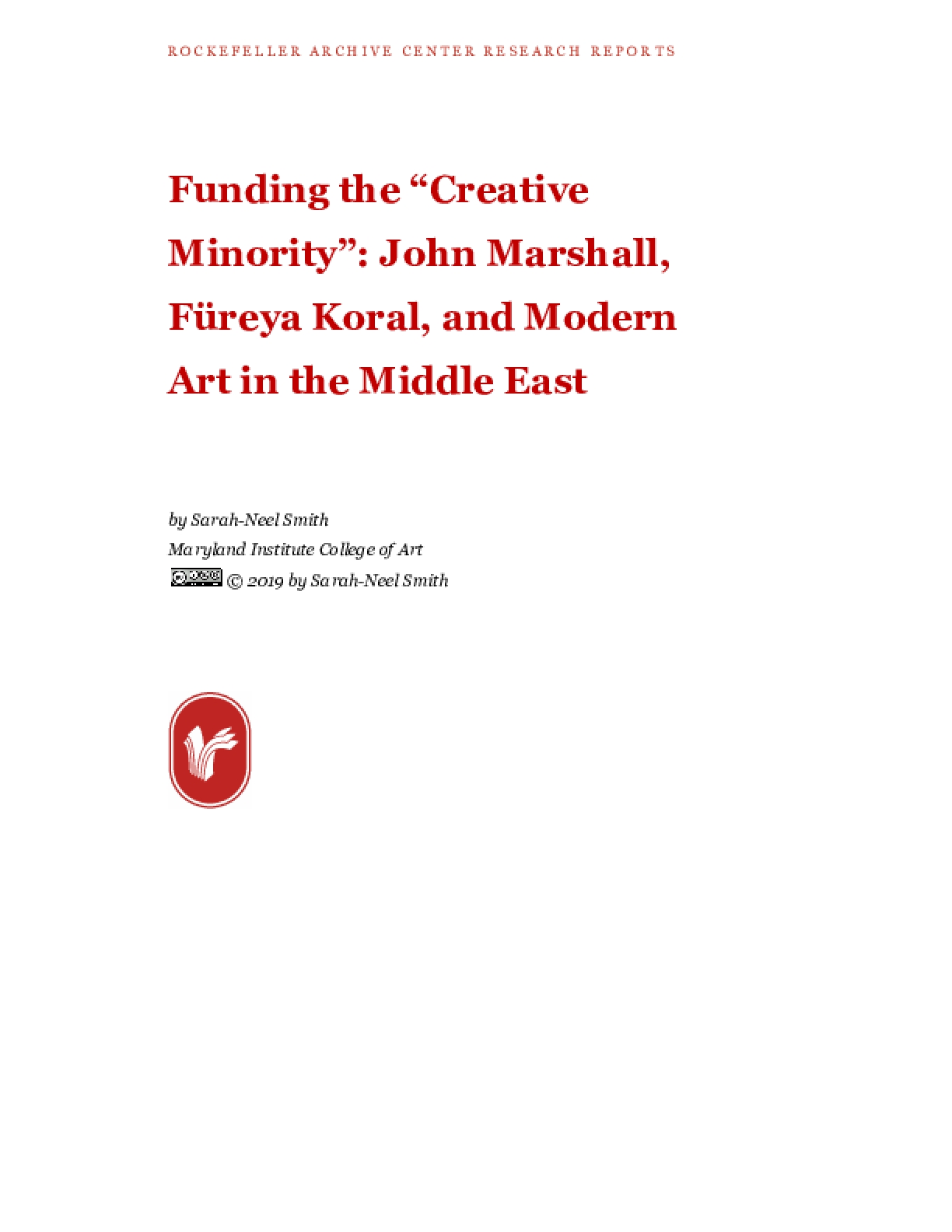