Furniture Stability: A Review of Data and Testing Results

This report by Kids In Danger (KID) and Shane's Foundation focuses on tip-overs of dressers and chests. ASTM International, which has developed thousands of voluntary industry consensus technical standards, has a standard in place to test furniture stability. However, furniture on the market is not required to conform, resulting in widespread non-compliance. Additionally, these standards are too lenient and require reform, as testing protocols have remained virtually unchanged for over a decade, despite continuing injuries and deaths. Units may pass the standard, but still present a significant risk. KID advocates for a two-pronged approach to decreasing tip-over incidents:

KID compiled data from incidents reported to the U.S. Consumer Product Safety Commission (CPSC) by various sources and from the National Electronic Injury Surveillance System (NEISS). These include reports from January 1, 2010 to October 14, 2015. Findings of the data analysis include:

KID conducted performance tests on a sample of 19 dressers and chests. Testing was run at the UL Furniture Center of Excellence in Holland, Michigan. UL laboratory technicians followed a testing protocol developed by KID. The protocol included tests based on the current voluntary standard for furniture stability. KID added tests that, among other things, evaluated for tip-overs when more weight was added (simulating larger children), drawers were full of clothes, furniture was placed on carpeting as opposed to bare flooring, televisions were placed on top of the furniture, and additional drawers were opened simultaneous with weighting one drawer. These additional tests were intended to be more representative of real-world scenarios. 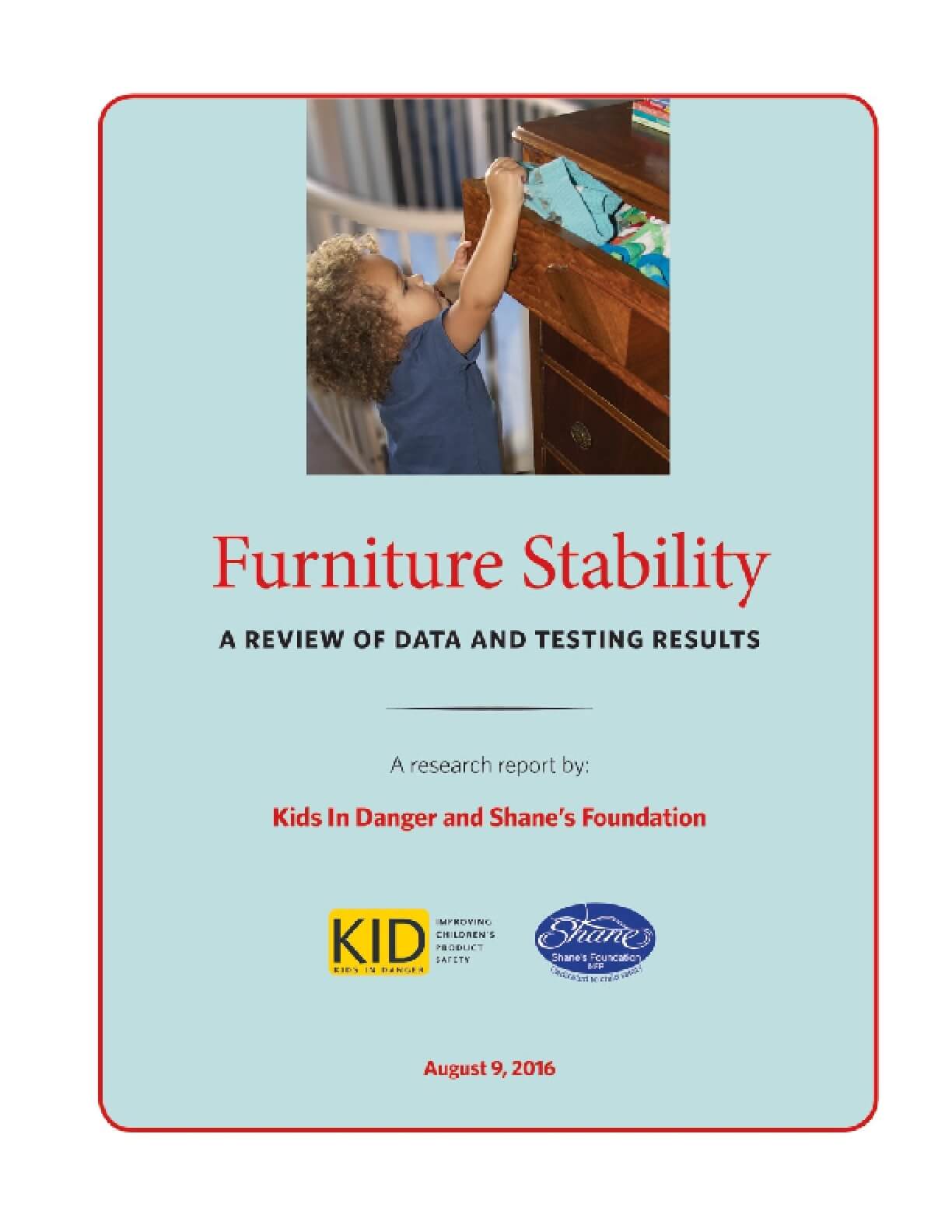