A new Commonwealth Fund survey finds that in the wake of the Affordable Care Act's first open enrollment period, significantly fewer working-age adults are uninsured than just before the sign-up period began, and many have used their new coverage to obtain needed care. The uninsured rate for people ages 19 to 64 declined from 20 percent in the July-to-September 2013 period to 15 percent in the April-to-June 2014 period. An estimated 9.5 million fewer adults were uninsured. Young men and women drove a large part of the decline: the uninsured rate for 19-to-34-year-olds declined from 28 percent to 18 percent, with an estimated 5.7 million fewer young adults uninsured. By June, 60 percent of adults with new coverage through the marketplaces or Medicaid reported they had visited a doctor or hospital or filled a prescription; of these, 62 percent said they could not have accessed or afforded this care previously. 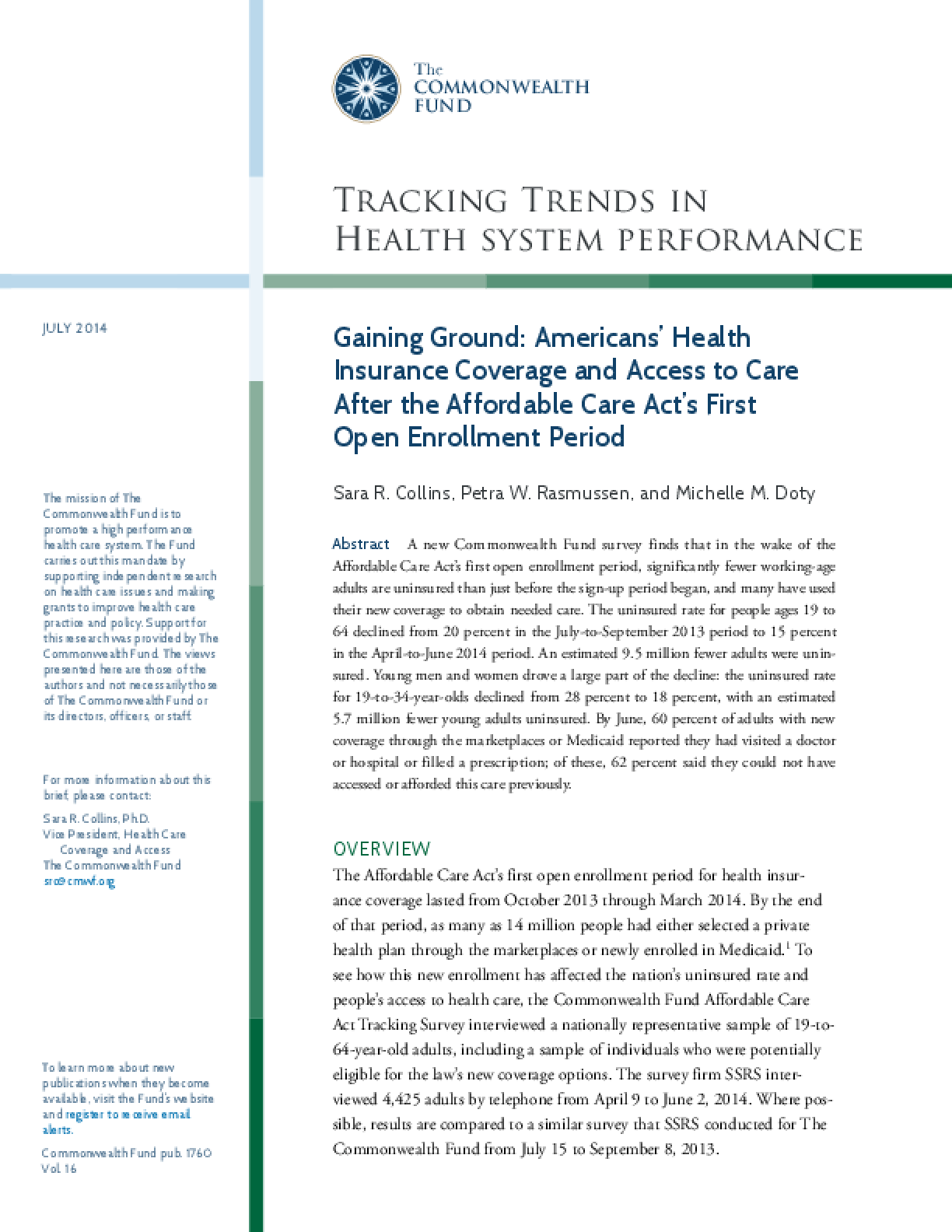