In 2015, for the second year in a row, child poverty rates declined in the United States. However, familiar patterns in levels and characteristics of child poverty persist: more than one in five children are poor; children of color are at disproportionate risk for poverty; and rates are highest in the South and West and in rural areas and cities (Table 1).

This brief uses data from the American Community Survey to investigate patterns of child poverty across race-ethnicities and across regions and place types. We also explore changes in child poverty rates since 2014 and since the end of the Great Recession in 2009. The estimates presented in this brief are based on the official poverty measure (see Box 1 on page 3). Native Americans, Alaskan and Hawaiian natives, and those reporting multiple racial-ethnic backgrounds are excluded from this update because such samples are too small for meaningful analyses. 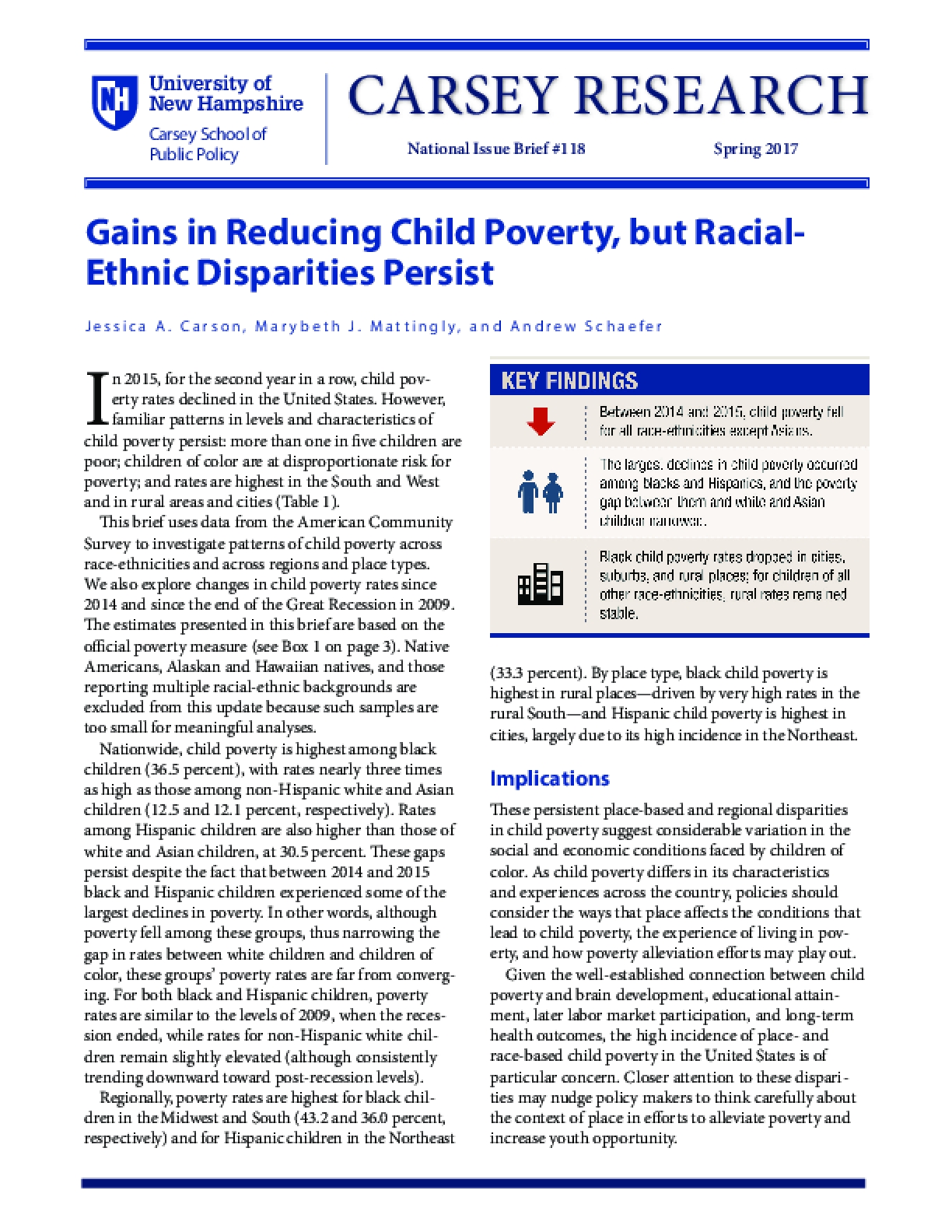