Gender and Racial Justice in SNAP

Women, particularly women of color, women with disabilities, older women, LGBTQ individuals, and immigrant women, disproportionately face economic insecurity. In general, women of color face both gender and racial discrimination in hiring and wages. Women are overrepresented in the low-paid workforce and in sectors that are consistently devalued, such as domestic and care work. Overall, women make up 64 percent of the workforce in the 40 lowest-paying jobs. In addition to inadequate pay, these jobs often have unpredictable schedules and few worker protections, limiting access to vital benefits such as paid family and medical leave. These long-standing structural inequities inhibit economic mobility for women, making them more susceptible to food insecurity. The current COVID-19 pandemic has further exacerbated the gender and racial inequities in economic security for women and their families, and even more for women of color. The Supplemental Nutrition Assistance Program (SNAP, formerly known as food stamps) is a critical program in providing women, children, and families with the food assistance needed to better support their wellbeing. In Fiscal Year (FY) 2019, SNAP served more than 35.7 million people in 17.9 million households on average each month. In May 2020, that number increased to serve 43.1 million people as SNAP expanded to meet need during the period of economic downturn. However, even with its extensive reach, critical gaps still exist in the adequacy and administration of SNAP for a multitude of women, especially women facing multiple forms of discrimination. 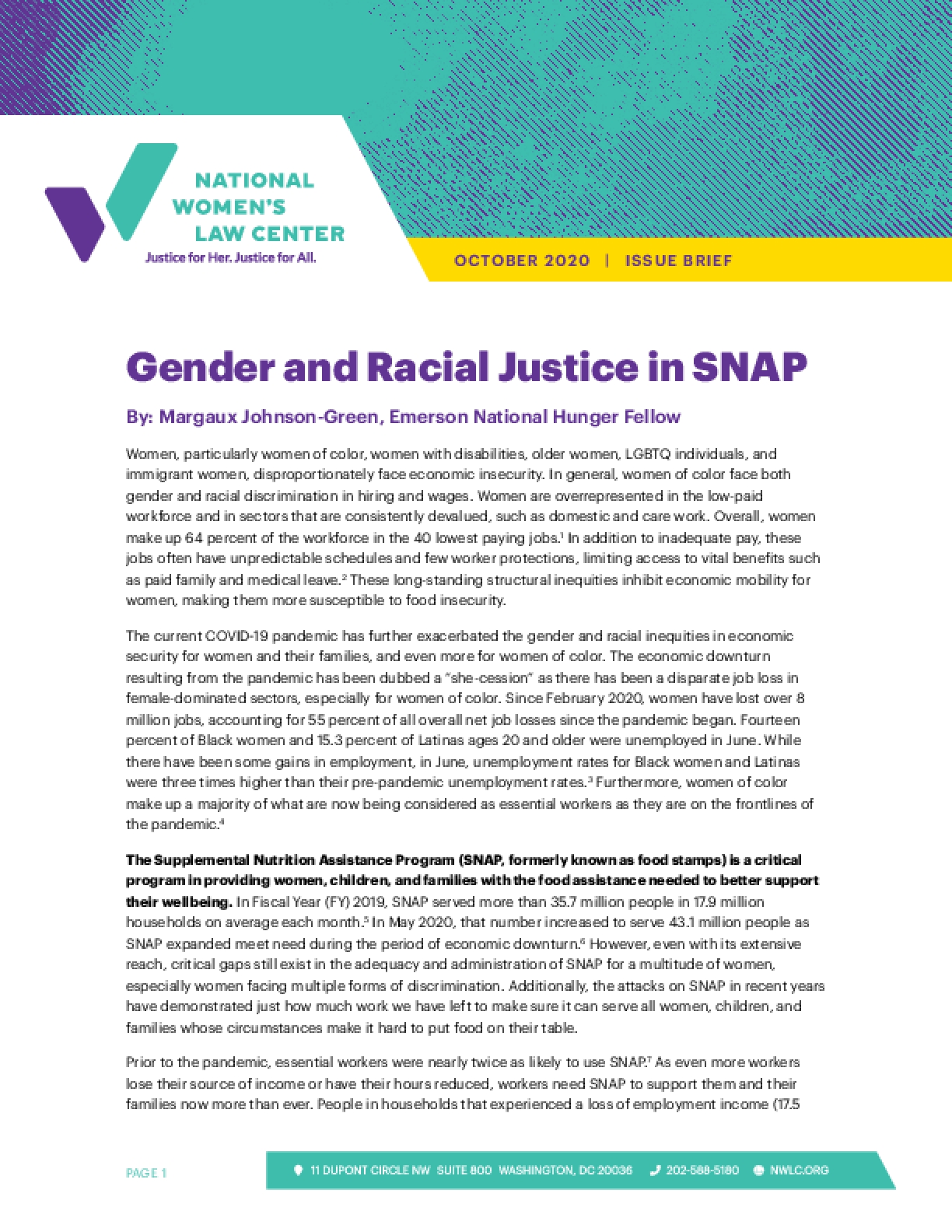