Gender Differences in K-12 Education: What Indicators Are Important?

Although gender differences have been identified in scholarly research, there is little state reporting of indicators by gender. The purpose of this paper is to identify the gender gaps in K-12 education that have been reported in the literature, to discuss how and when these gaps manifest themselves, and to recommend which of the educational performance indicators should be reported by gender in Georgia. Ultimately, the purpose of reporting indicators by gender is to aid in the efforts to close gender gaps in education.

A review of the literature reveals that gender gaps exist at both empirical and experiential levels. Empirically, gaps exist in math, science, and reading proficiency scores, as well as in course enrollment in higher level math and science and graduation rates. Experientially, gaps exist in self esteem levels, personal perceptions of ability, teacher interaction with students, as well as in the advice and opportunities that are afforded students. While studies show that girls and boys start kindergarten on a generally equal footing, by grade twelve girls are generally in a lower academic position than their male counterparts, particularly in the areas of math and science. Research shows that the most critical age for the development of gender gaps is early adolescence, particularly grade seven in which girls= educational performance in math and science begins to plummet. 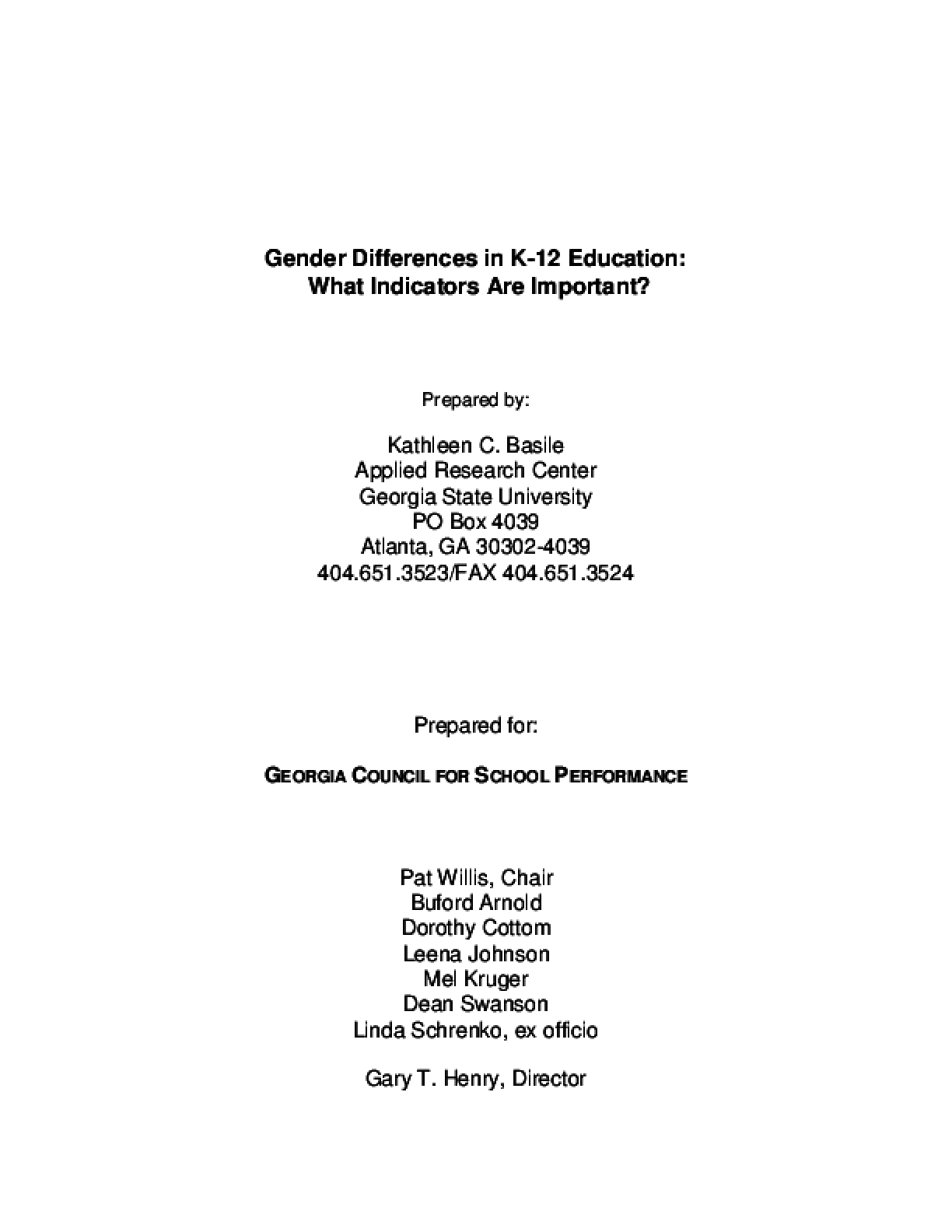