The achievement of substantive equality is understood as having four dimensions: redressing disadvantage; countering stigma, prejudice, humiliation and violence; transforming social and institutional structures; and facilitating political participation and social inclusion. The paper shows that, although not articulated in this way, these dimensions are clearly visible in the application by the various interpretive bodies of the principles of equality to the enjoyment of treaty rights. At the same time, it shows that there are important ways in which these bodies could go further, both in articulating the goals of substantive equality and in applying them when assessing compliance by States with international obligations of equality. The substantive equality approach, in its four-dimensional form, provides an evaluative tool with which to assess policy in relation to the right to gender equality. The paper elaborates on the four-dimensional approach to equality and how it can be used to evaluate the impact of social and economic policies on women to determine how to make the economy 'work for women' and advance gender equality. The paper suggests that there is a growing consensus at the international level on an understanding of substantive equality that reflects the four dimensional framework. This paper was produced for UN Women's flagship report "Progress of the World's Women 2015-2016" and is released as part of the UN Women discussion paper series. 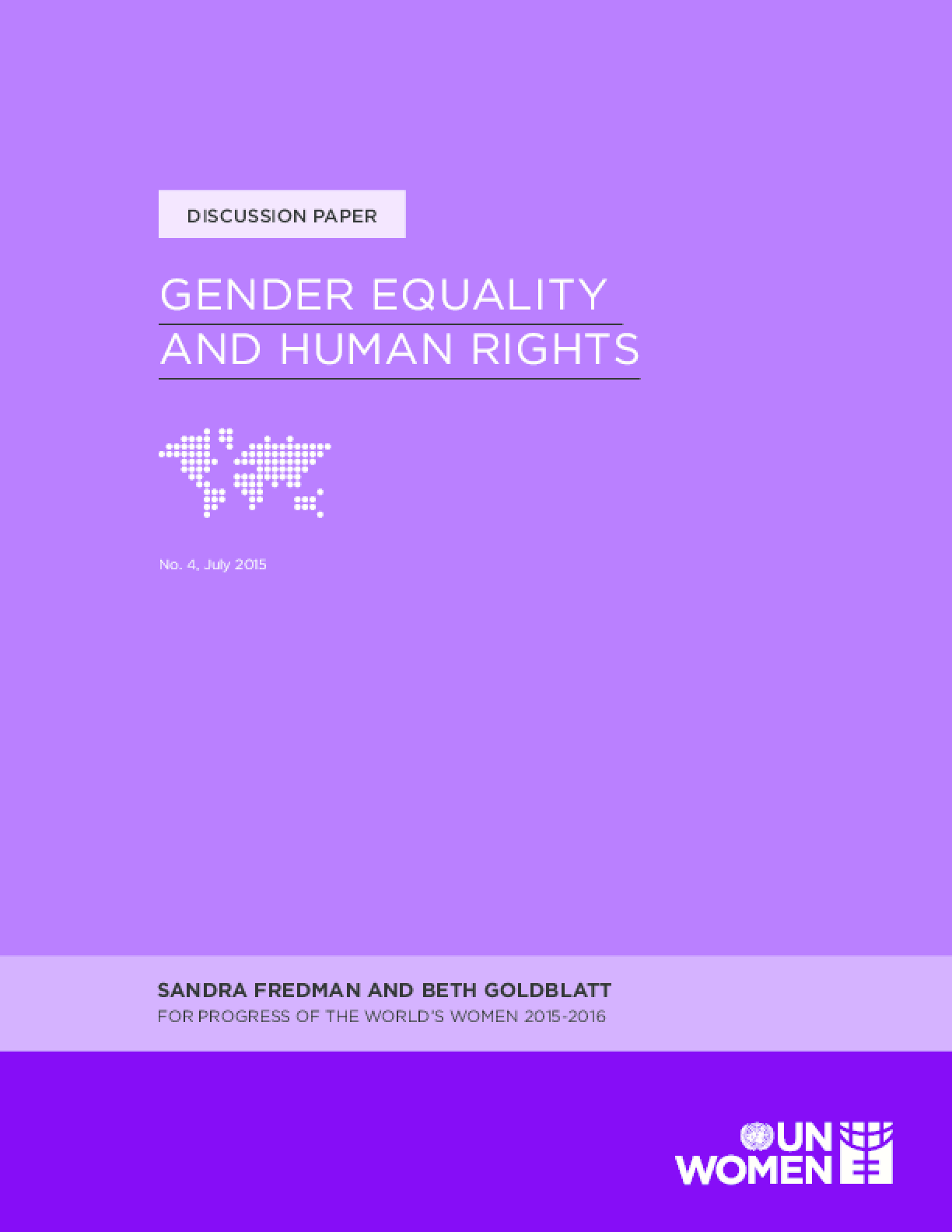