This document presents gender equality as smart economics. Launched in 2007, the World Bank Group Action Plan -- Gender Equality as Smart Economics (GAP) aimed to advance women?s economic empowerment by redefining the way the Bank does business in the economic sectors. The GAP focused on increasing women?s access and participation in four key markets: labor, land and agriculture, private sector development and finance, and infrastructure, which underpins access to all markets. It spanned a four-year timeframe and four main action areas: operations; results-based initiatives; research, impact evaluation and statistics; and communications. This fourth and last annual progress report summarizes the main accomplishments of the World Bank Group Gender Action Plan "Gender Equality as Smart Economics" (GAP) over the four years (2007-2010) and discusses lessons learned and remaining challenges to further institutionalize gender mainstreaming at the Bank. The report reviews initial conditions and changes over the period (section II); summarizes GAP resource mobilization and governance (III), and accomplishments and lessons learned (sections IV and V), and outlines the challenges and next steps (section IV). 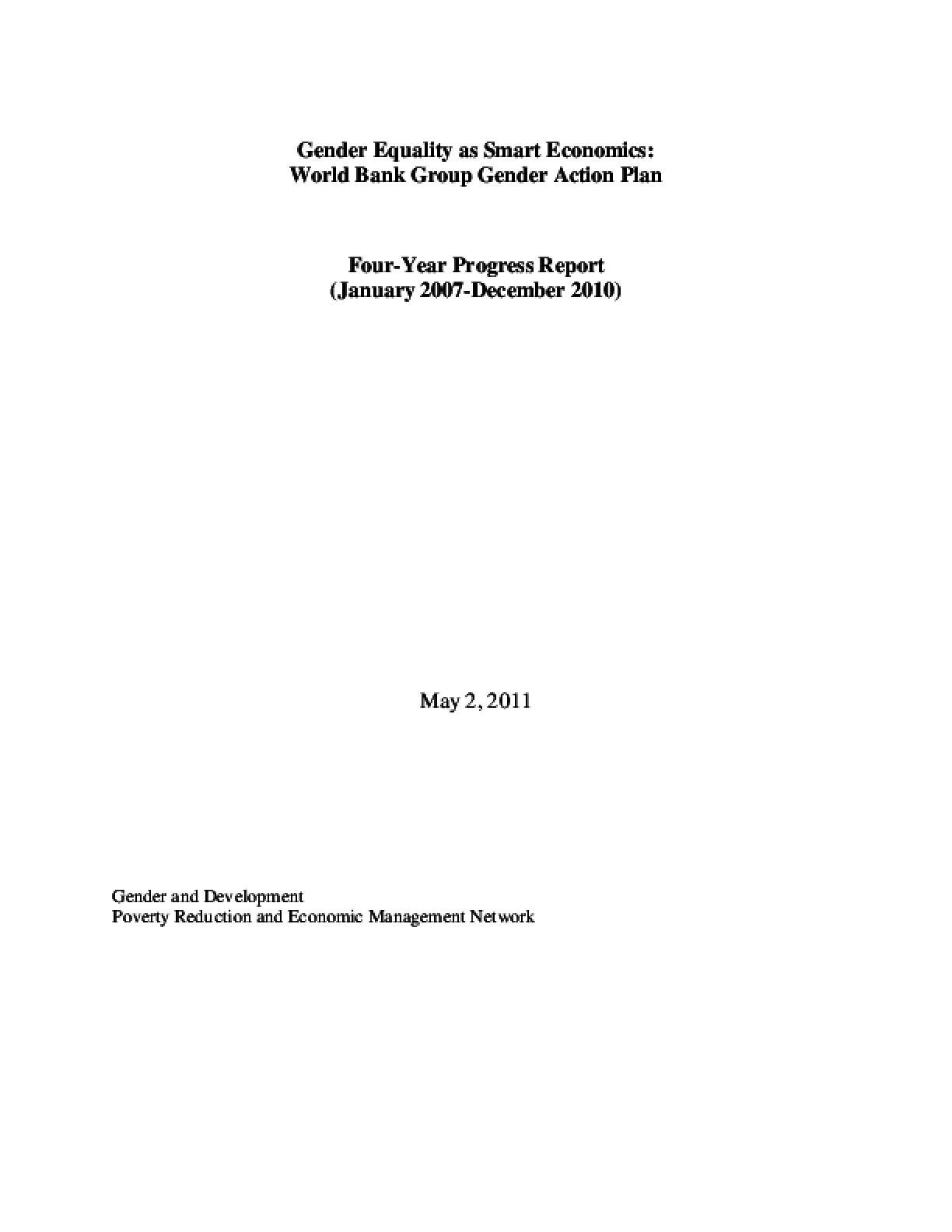