Gender in Water and Sanitation

The report highlights the experiences of mainstreaming gender at various levels in the water and sanitation sector. It begins with a discussion on gender responses to policy and its requirement for analysis and clear policy objectives to guide operations. The report touches on experiences of mainstreaming gender within sector operations, beginning with the importance of mainstreaming in the workplace, and describes how gender can be addressed within service delivery in urban water, in sanitation, in small towns and rural water operations. The report also addresses gender responses to monitoring and evaluation processes, examines responses to gender issues within accountability and voice initiatives, assesses gender responses within hygiene and behavior change programs, and examines the linkages between water, sanitation and HIV/AIDS. 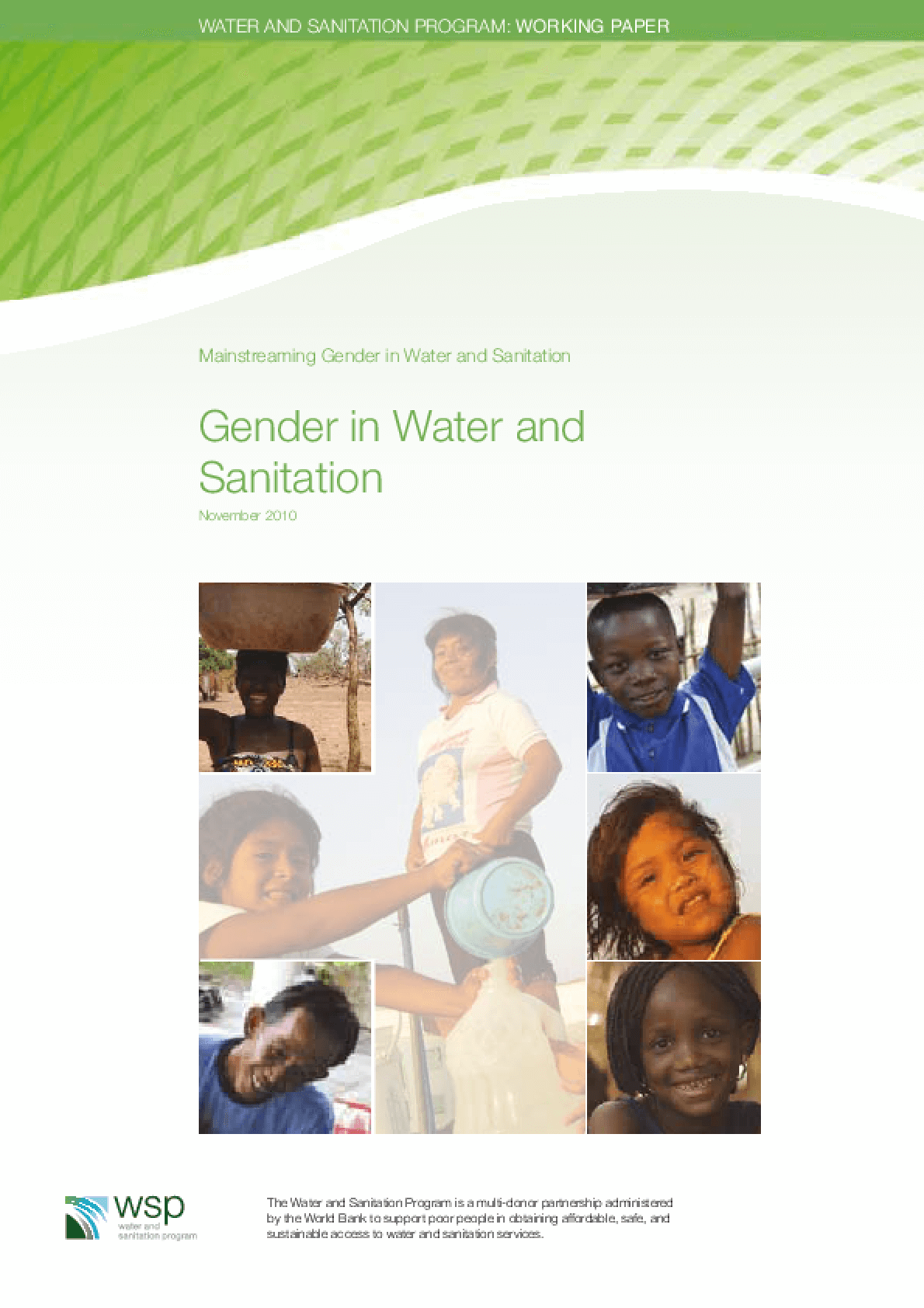