Generation M: Media in the Lives of 8-18 Year-olds

A national Kaiser Family Foundation survey found children and teens are spending an increasing amount of time using "new media" like computers, the Internet and video games, without cutting back on the time they spend with "old" media like TV, print and music. Instead, because of the amount of time they spend using more than one medium at a time (for example, going online while watching TV), they're managing to pack increasing amounts of media content into the same amount of time each day. The study, Generation M: Media in the Lives of 8-18 Year-olds, examined media use among a nationally representative sample of more than 2,000 3rd through 12th graders who completed detailed questionnaires, including nearly 700 self-selected participants who also maintained seven-day media diaries. 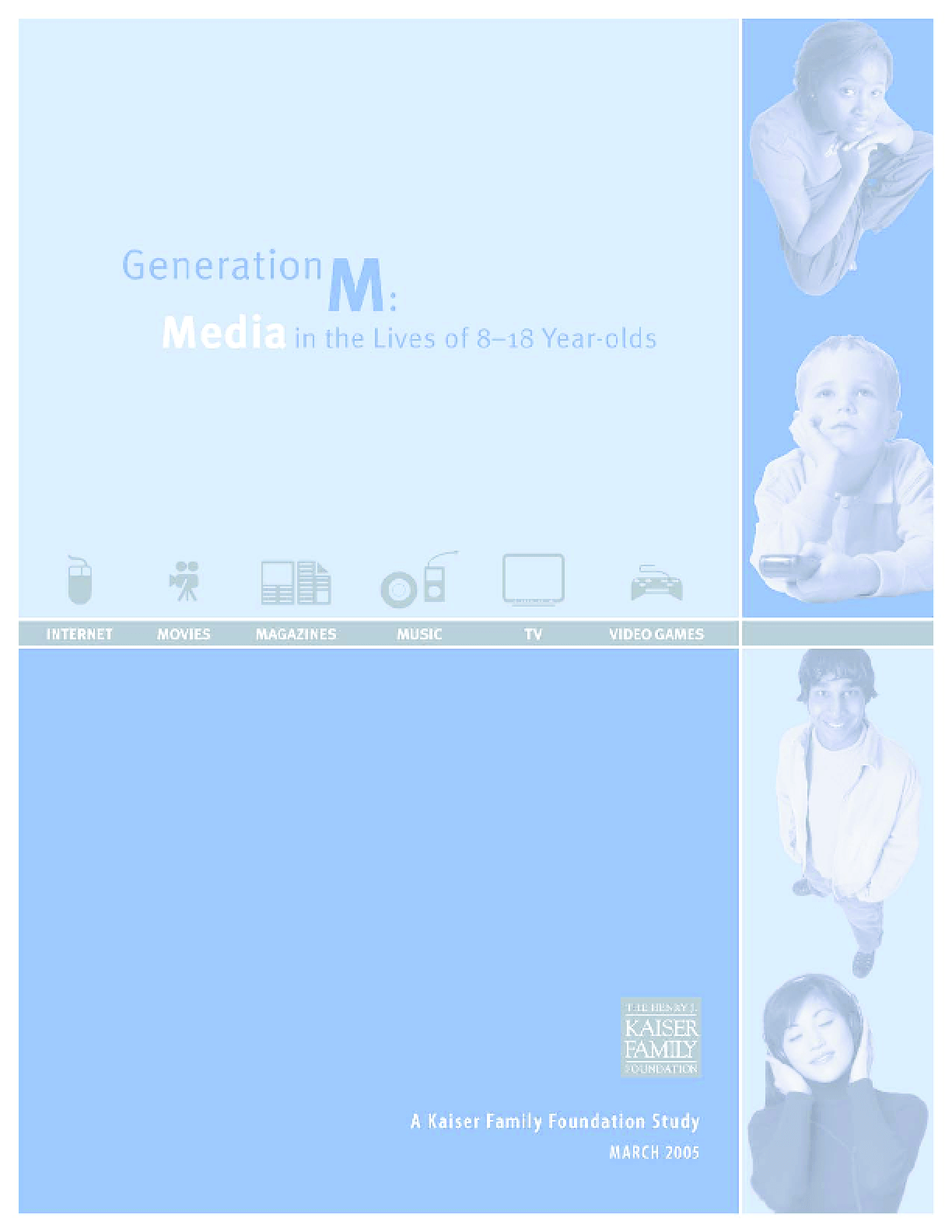