There is a world food crisis. Currently 790 million people are undernourished and around one third of the world's children go to bed hungry. But their lack of food security is primarily caused by low incomes and unequal access to land, water, credit, and markets. There is no crisis of world food production on the horizon, despite environmental problems and a growing world population. Hunger will only be eliminated if governments and international organisations such as the World Trade Organisation implement substantial policy changes in favour of resource redistribution, poverty reduction, and food security. Technological fixes alone, such as genetically modified (GM) crops, cannot solve this problem, despite the claims which have been made for them. The impact of GM crops for people in poverty, particularly in developing countries, could be negative. GM crops and related technologies are likely to consolidate control over agriculture by large producers and agro-industrial companies, to the detriment of smaller farmers. 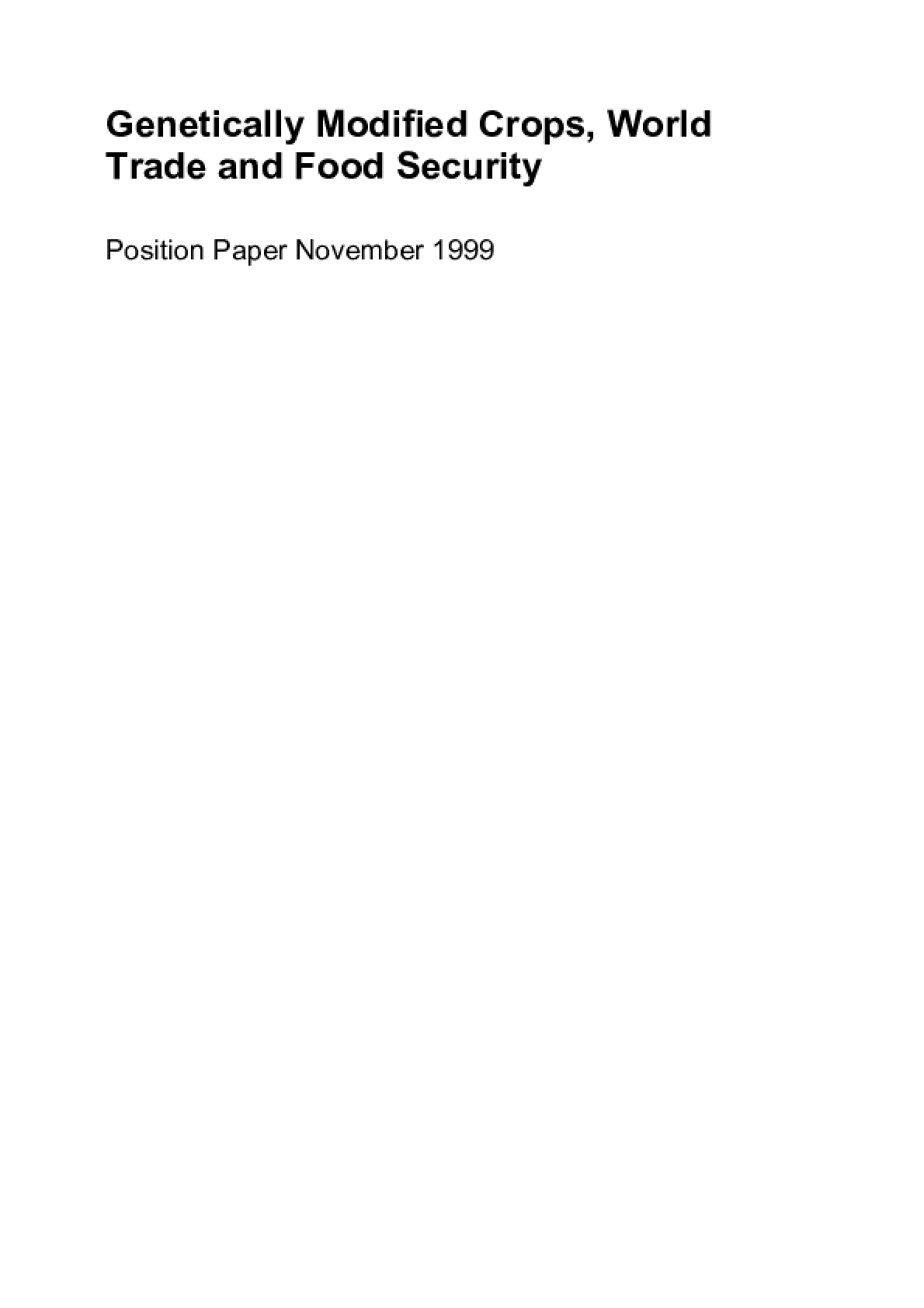