Until recently, teacher quality was largely seen as a constant among education's sea of variables. Policy efforts to increase teacher quality emphasized the field as a whole instead of the individual: for instance, increased regulation, additional credentials, or a profession modeled after medicine and law. Even as research emerged showing how the quality of each classroom teacher was crucial to student achievement, much of the debate in American public education focused on everything except teacher quality. School systems treated one teacher much like any other, as long as they had the right credentials. Policy, too, treated teachers as if they were interchangeable parts, or "widgets." The perception of teachers as widgets began to change in the late 1990s and early aughts as new organizations launched and policymakers and philanthropists began to concentrate on teacher effectiveness. Under the Obama administration, the pace of change quickened. Two ideas, bolstered by research, animated the policy community: 1) Teachers are the single most important in-school factor for student learning. 2) Traditional methods of measuring teacher quality have little to no bearing on actual student learning. Using new data and research, school districts, states, and the federal government sought to change how teachers are trained, hired, staffed in schools, evaluated, and compensated. The result was an unprecedented amount of policy change that has, at once, driven noteworthy progress, revealed new problems to policymakers, and created problems of its own. Between 2009 and 2013, the number of states that require annual evaluations for all teachers increased from 15 to 28. The number of states that require teacher evaluations to include objective measures of student achievement nearly tripled, from 15 to 41; and the number of states that require student growth to be the preponderant criteria increased fivefold, from 4 to 20 This paper takes a look at where the country has been with regards to teacher effectiveness over the last decade, and outlines policy suggestions for the future. 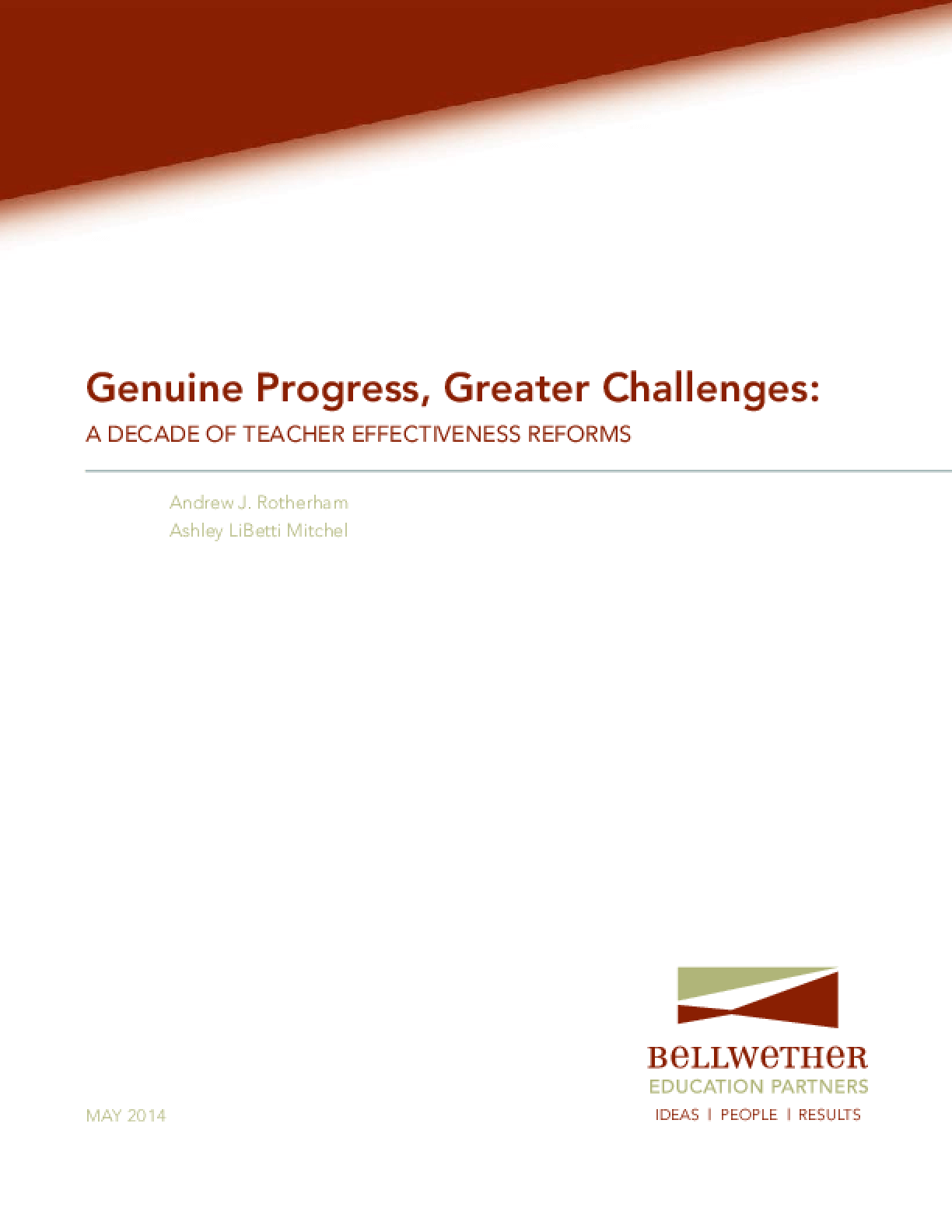