This study is animated by the vision that all Jewish teens in America will see their Jewish heritage as a source of wisdom, inspiration, and strength as they grow and discover their place in the world.

We are excited to share with you data from 17,576 Jewish teens between the ages of 13 to 19 who took the time to share with us who they are and how being Jewish matters to them through participating in a national survey. Over 800 of these teens also wrote comments about how they think about being Jewish. Additionally, our understanding was augmented by in-depth interviews with over 30 Jewish teens.

We began this project more than four years ago by talking directly with Jewish teens. In a series of focus groups, we invited teens to speak with us about what it meant to them to be Jewish, what they think of their Jewish activities, who they are now and who they want to be, the kind of world they want to live in, and the role they want to play in making that world a reality. These conversations with 139 Jewish teens led to the creation of the GenNow outcomes, published in 2016 as Generation Now: Understanding and Engaging Today's Teens, which framed the current study you will learn about in this report.

As we learned from our 2016 study, Jewish teens today want to form meaningful relationships with others, understand where they fit into the world, and be active participants in shaping a better future. As they seek greater independence, they still look to trusted adults for guidance and structure. The questions in our survey were designed to measure aspects of the GenNow outcomes, taking into account what Jewish teens say they need to grow and develop into their best selves. The 14 outcomes relate not only to more traditional Jewish communal concerns like Israel and Jewish peoplehood (which Jewish teens do think about) but also to how Jewish activities deepen friendships, expose teens to provocative new ideas, and equip teens to be changemakers in the world.

The term "Generation Now" reminds us that Jewish adolescents should be treated as a generation with the capacity to bring about personal, communal, and global change, not only in the distant future as the adults they might grow up to be but also as the teens they are now. Importantly, our research is not framed around a "deficit-model." It won't tell you what's wrong with American Jewish teens.

We are not interested in measuring teens against normative checklists that dictate what a good Jew should do or feel. Rather we operate from a framework of thriving, which considers what conditions people need for optimal development. Thriving is not about seeking simple personal gratification; thriving is about deepening connections, fostering well-being, and developing a capacity to give back. These are all things teens want for themselves. This study helps us understand how Jewish teens see their Jewish activities helping them grow in the directions in which they tell us they want to go.

This study was designed primarily to learn about teens who have participated in Jewish youth-serving organizations; as such, we collaborated with 14 organizations representing diverse ideologies and approaches to Jewish life in the United States today. Our findings also give professionals and other stakeholders who work with Jewish teens in other settings new insights into the work they do and how it matters. Rather than only being able to measure how many teens show up for an activity, Jewish professionals can begin to consider opportunities for their programs to enable teens to flourish. The 14 outcomes are meant to help guide and inform awide range of professionals who work with Jewish teens. Organizations will choose to emphasize some more than others.

We begin this report by sharing findings that are specific to the work Jewish youthserving organizations (YSOs) do with teens. We then shift to reflecting on what we have learned about the Jewish teens in our study more broadly 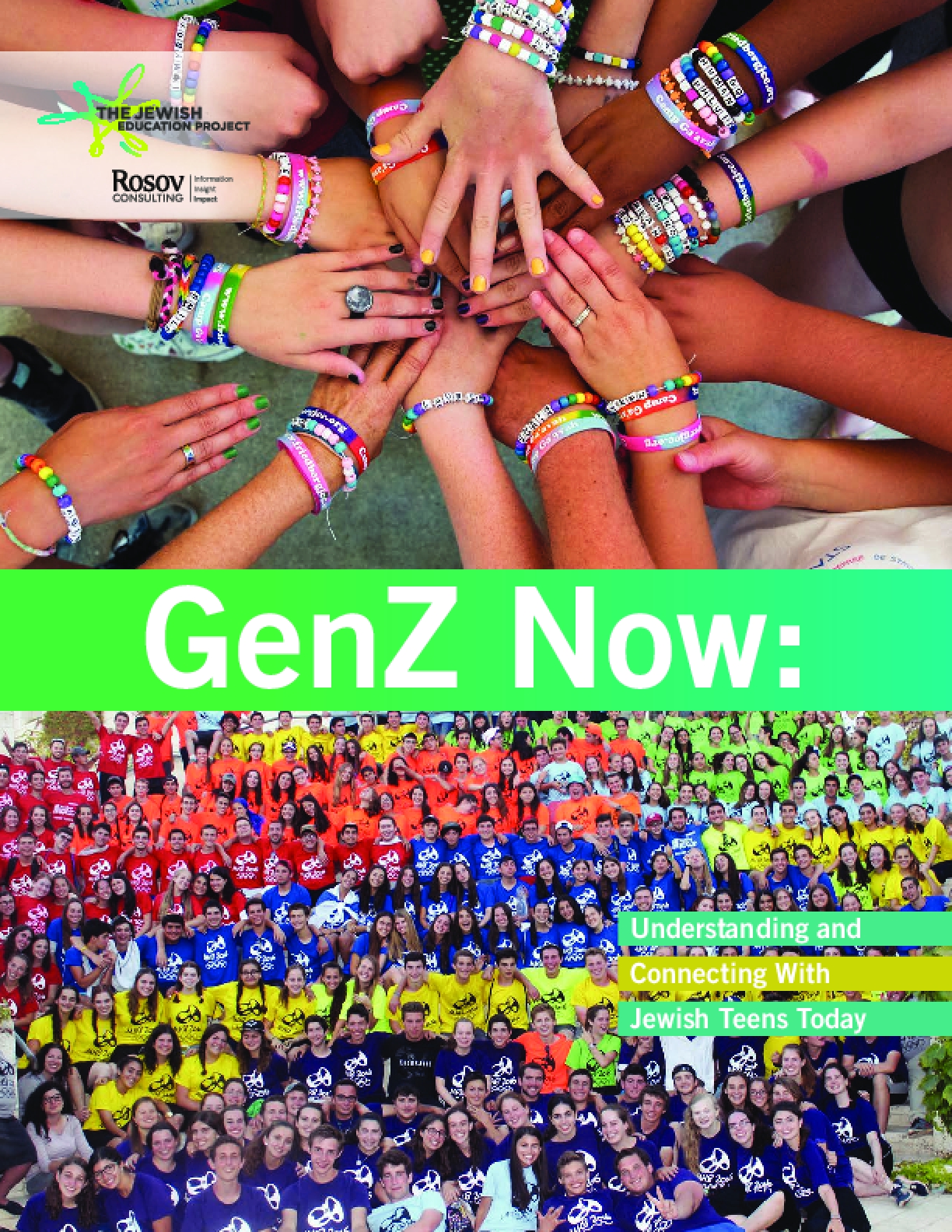