Georgia Water: "A Public Resource Or A Commodity" What Are The Real Policy Questions?

In this paper we first address the question as to the strength of Georgia's commitment to protect public interests in the state's water resources as such commitments are expressed in existing laws. Comparing legislative declarations of state policy in Georgia with those in 36 other Eastern States, we find that none of the states have expressions of this commitment that would reasonably be regarded as more strongly stated than Georgia law. In conclusion, we find that Georgia water law currently recognizes the public's dependence on the state's water resources and its commitment to policies and programs that assure that water is used prudently for the maximum benefit of the people. Adding "public resource" language to the law would not substantively strengthen these existing policy declarations.

Attention is then turned to the "water as a commodity" issue. We argue here that the "water as a commodity" issues is at best poorly framed. In our view debate in Georgia should center on alternatives for resolving the reallocation issue; it should focus on the question as to how Georgia is to strike a balance between private, competing use of water and public, non-competing uses of water (e.g., instream flows), and how this balance is to be adjusted over time in response to changes in social, environmental, and climatic conditions. When market mechanisms are considered as one of the means to achieve reallocation, evaluation of their effectiveness is dependent on a particular set of market institutions. Thus, being "for" or "against" markets makes no more sense that being "for" or "against" water use permits -- everything depends on the provisions and protections of specific laws and proposals. Working Paper # 2002-008 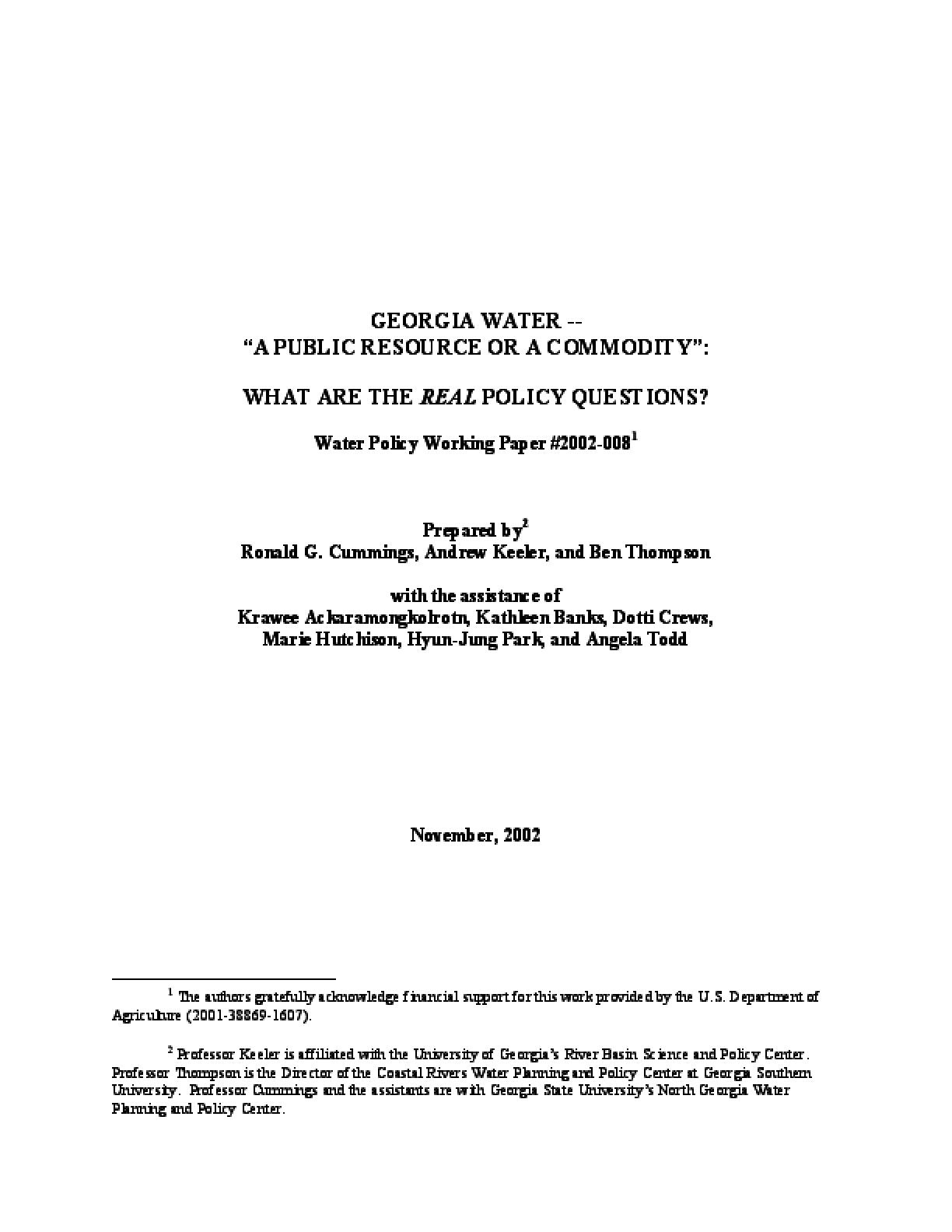