Geothermal Energy: Tapping the Energy in the Earth's Core

- Geothermal energy comes from the heat in the Earth's core. This heat creates underground reservoirs of steam and hot water, which can be tapped to generate electricity or to heat and cool buildings directly.

- Geothermal energy is the third largest source of renewable energy, behind hydropower and biomass. In 2003, it accounted for 7 percent of US electricity generated from renewable sources.

- The largest geothermal development in the world is at The Geysers in California. This plant, in operation since 1960, has a capacity of over 850 MW and satisfies nearly 70 percent of the average electrical demand for the Californian North Coast region.

- Electricity from The Geysers sells for $0.03 to $0.035 per kilowatt-hour (kWh), while electricity from newer geothermal plants costs between $0.05 and $0.08 per kWh. New geothermal power plants are now eligible for a Production Tax Credit for power produced in the first 5 years of operation. 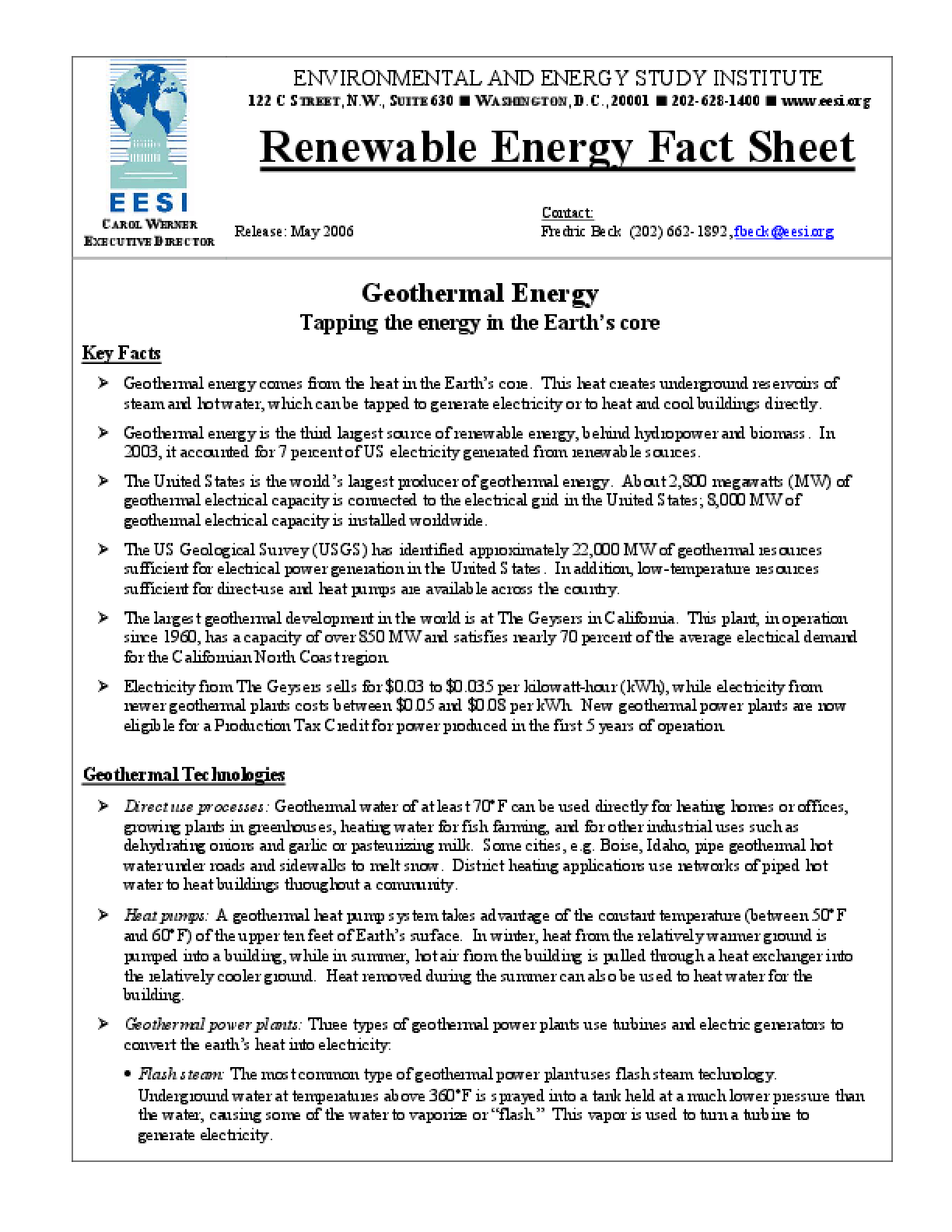