Get Out! Black Male Suspensions in California Public Schools

This report is a joint publication of the Black Minds Project (an initiative of the Community College Equity Assessment Lab (CCEAL) at San Diego State University (SDSU) and the Black Male Institute at the University of California, Los-Angeles (UCLA). In this report, we present analyses of publicly available statewide data on the suspension of Black males in California's public schools. 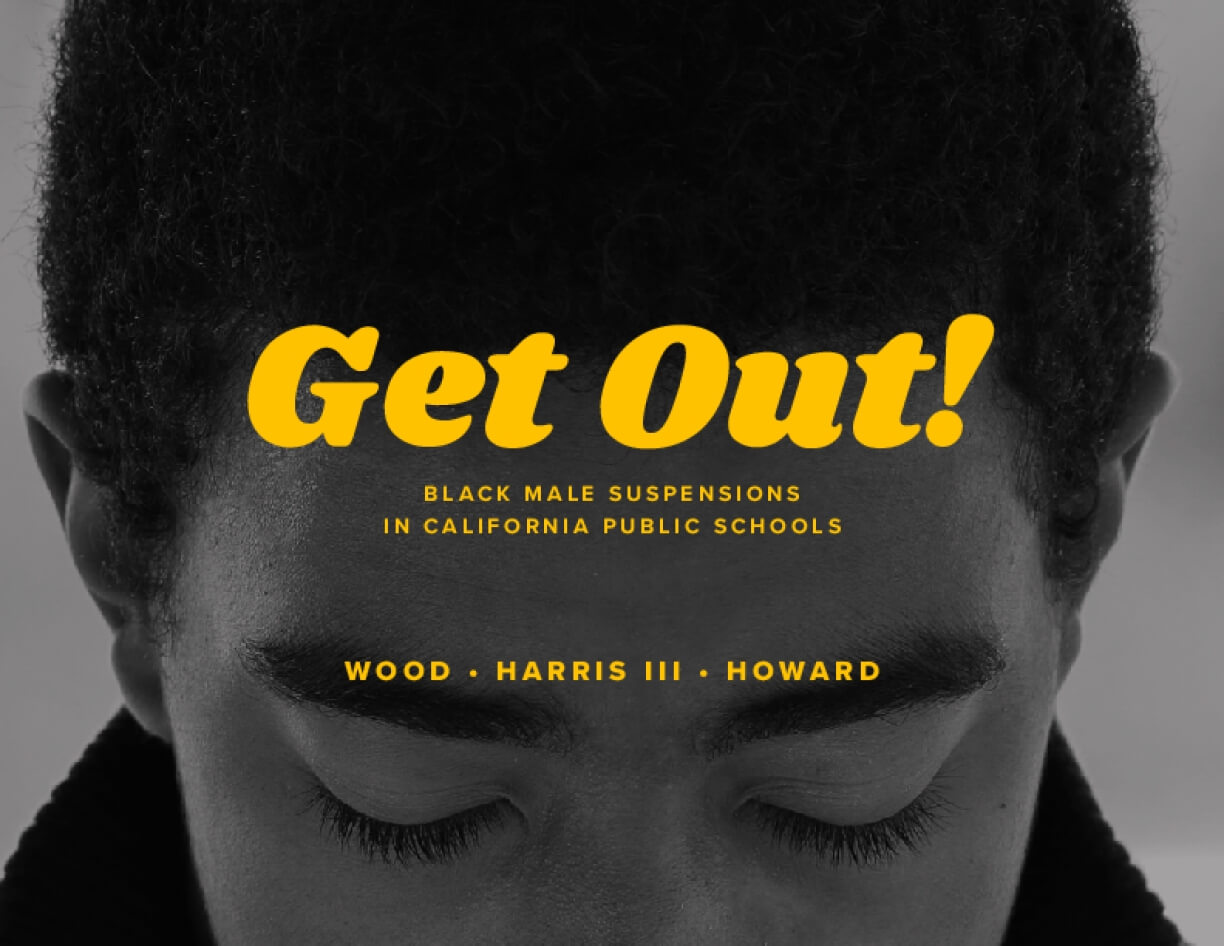