Women in the UK are poorer than men: women working part-time earn nearly 40 per cent less than men, while the incomes of female pensioners are 40 per cent lower than those of male pensioners. Research commissioned by Oxfam in 2007 revealed that on Local Strategic Partnerships (LSPS), increasingly responsible for much decision-making on local issues, women are underrepresented and that, where they are represented, women are not able to participate effectively. The research also found that gender is insufficiently embedded in the monitoring, target setting, strategic planning, and service delivery of LSPs. This paper, based on two pilot projects conducted by Oxfam with LSPs in Sunderland and Thurrock in 2008-9, looks at how local authorities can increase the representation and participation of women in LSPs, and how women and men's different needs with regard to services such as transport, housing and employment, can be made be more visible in Local Area Agreements. The evidence from the pilot projects clearly shows that LSPs can, and must, take concrete steps to involve women more effectively in local decision-making to improve their economic and social well-being - and the paper makes a series of recommendations to those involved in LSPs as to how to do this. 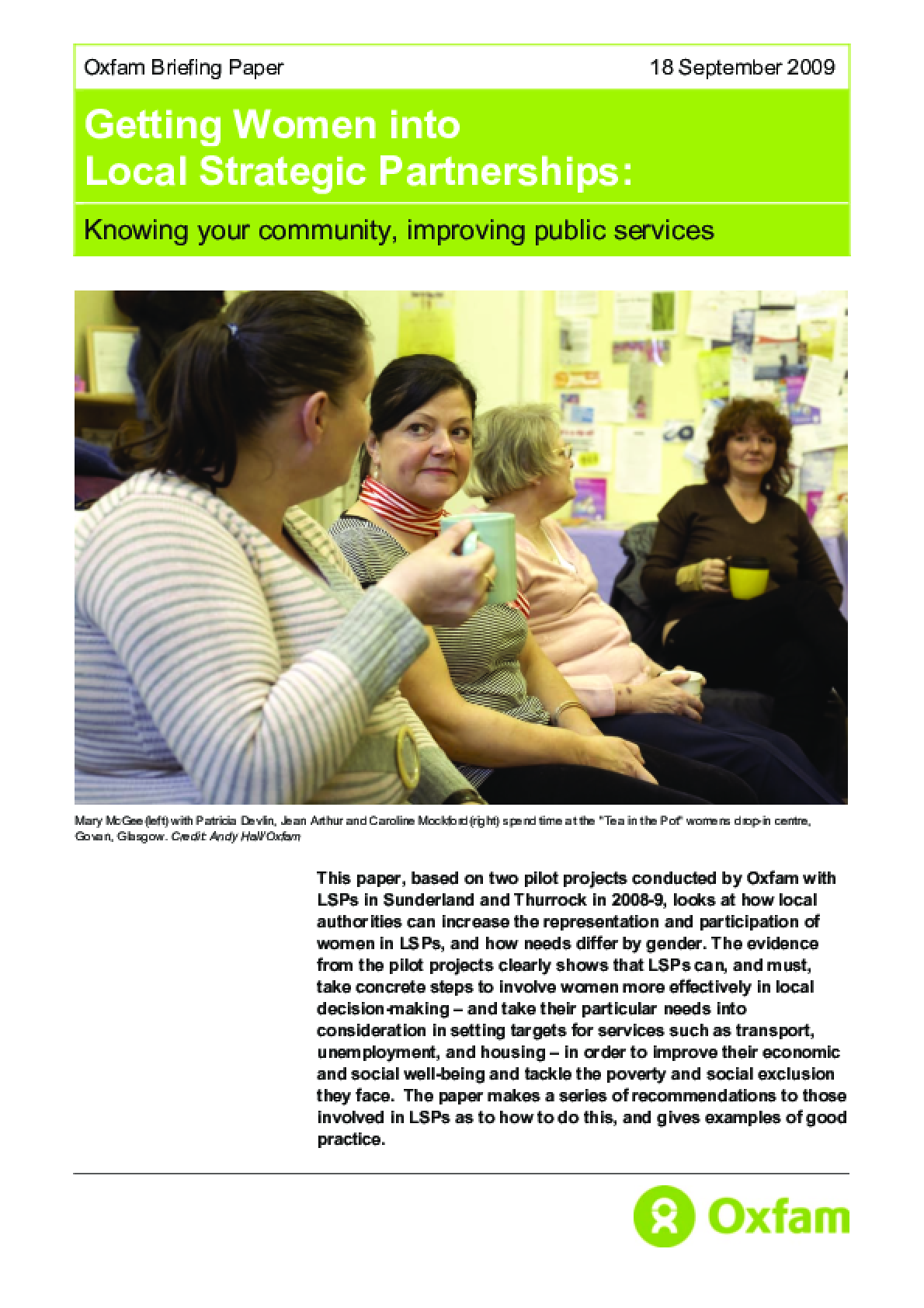