Ghosts of Christmas Past: Protecting civilians from the LRA

Almost daily, a small band of rebels known as the Lord's Resistance Army, or LRA, kills, abducts and attacks people across a vast area of central Africa. The LRA has become the most deadly militia in Democratic Republic of Congo, with Christmas time over the past two years marked by appalling massacres. Since 2008, more than 400,000 people have fled their homes after the LRA rampaged across remote villages in Sudan, Central African Republic and Congo. Attacks came in retaliation to an ill-planned military offensive against the militia by regional armies. The African Union and US government have recently announced initiatives to address the threat posed by the LRA. Renewed attention is welcome and vitally needed, but international and regional governments must learn the lessons of the past and ensure that future efforts provide effective security for local people. Women and men must be able to tend to their fields, children go to school and families sleep in their homes free from fear. 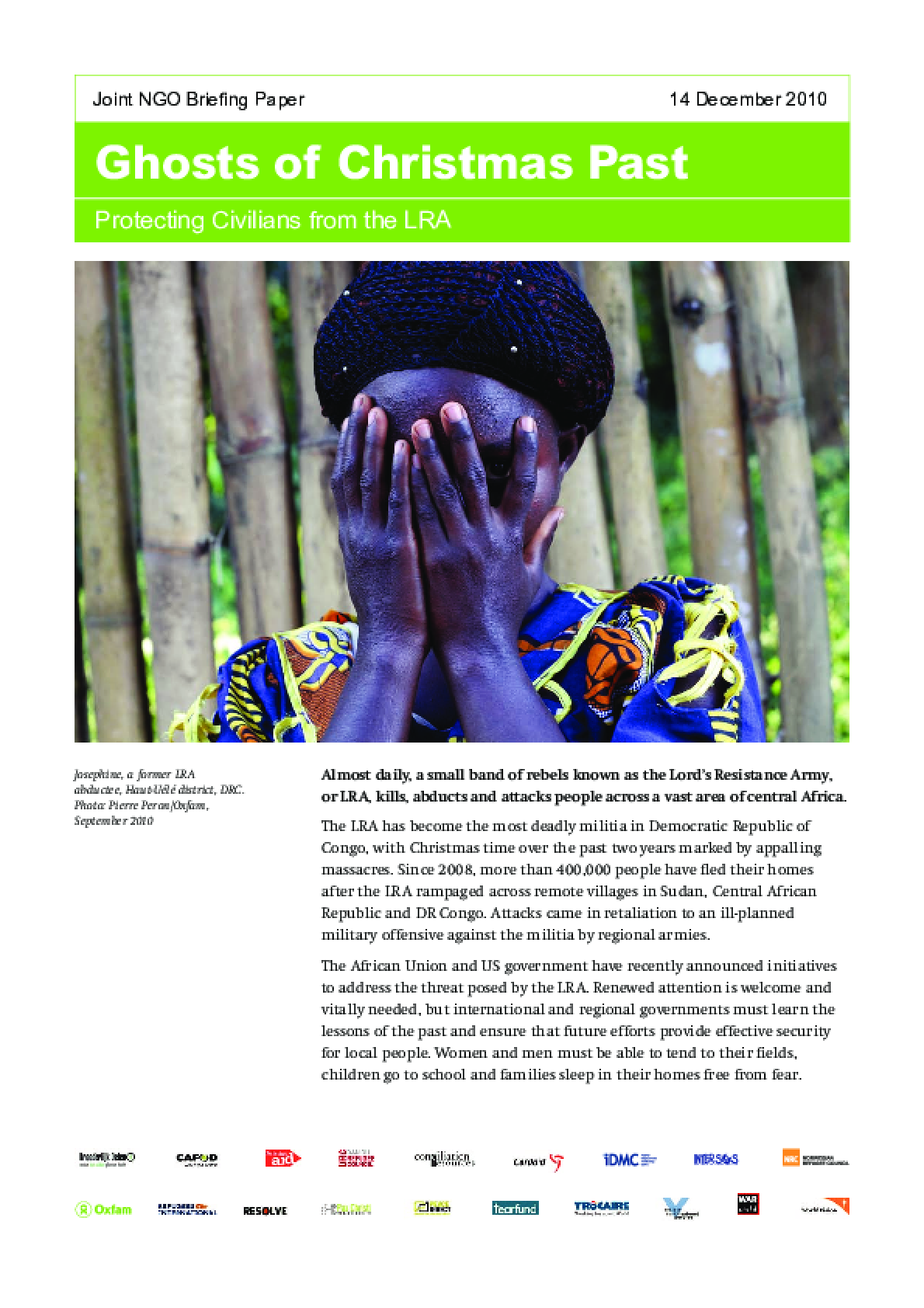