Giving by Foundations in the National Capital Region: How Much Stays Local?

Foundations in the Washington metropolitan area granted nearly $186 million in 2006 to locally-focused organizations in Greater Washington, according to this new report. This study -- the first ever to examine locally-focused giving within a specific metropolitan area anywhere in the United States -- analyzes the giving of 1,191 foundations based in the District of Columbia, suburban Maryland, and northern Virginia to determine how much of their grantmaking was targeted to Greater Washington organizations with a predominantly local focus. The report also examines giving by the 26 largest foundations in the sample to identify the subject areas in which these grants were given. 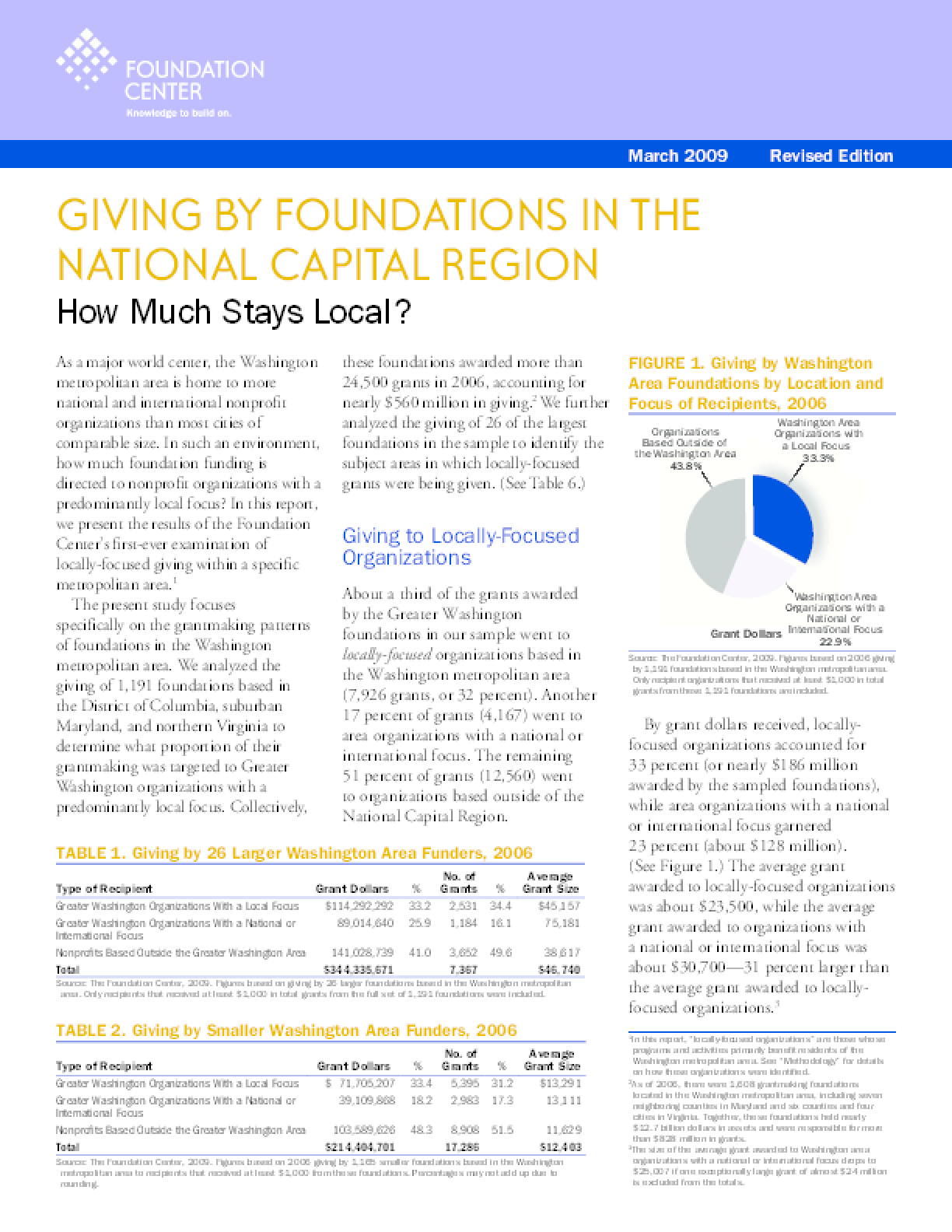