Giving in the Aftermath of the 2005 Gulf Coast Hurricanes: Profile of the Ongoing Foundation and Corporate Response (2007-2009)

Private and community foundations awarded an additional $125 million in grant support for recovery and rebuilding efforts from January 2007 to mid-2009, according to Giving in the Aftermath of the 2005 Gulf Coast Hurricanes: Profile of the Ongoing Foundation and Corporate Response (2007-2009). Economic and community development captured the largest dollar share, a shift from giving for human services in the immediate aftermath of the disaster. 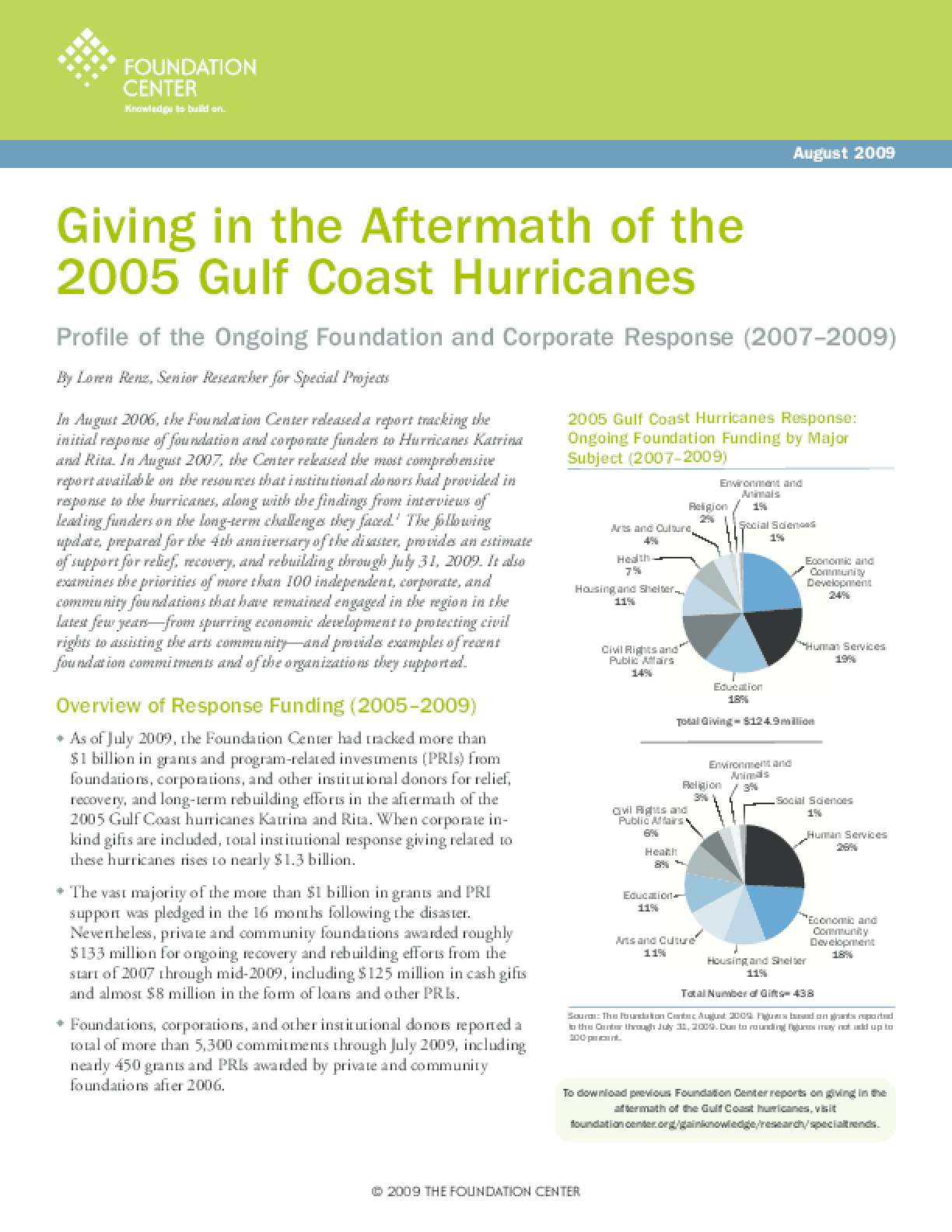