Gleneagles: What Really Happened at the G8 Summit?

The G8 summit at Gleneagles in Scotland, from 7-8 July 2005, was a time of high drama, hope, and disappointment. A series of reports published prior to the summit, including the reports of the Commission for Africa and the UN Millennium Project, underlined the fact that without immediate and sustained action by the richest countries, poverty would continue to claim millions of lives and the Millennium Development Goals (MDGs) for 2015 would not be met. 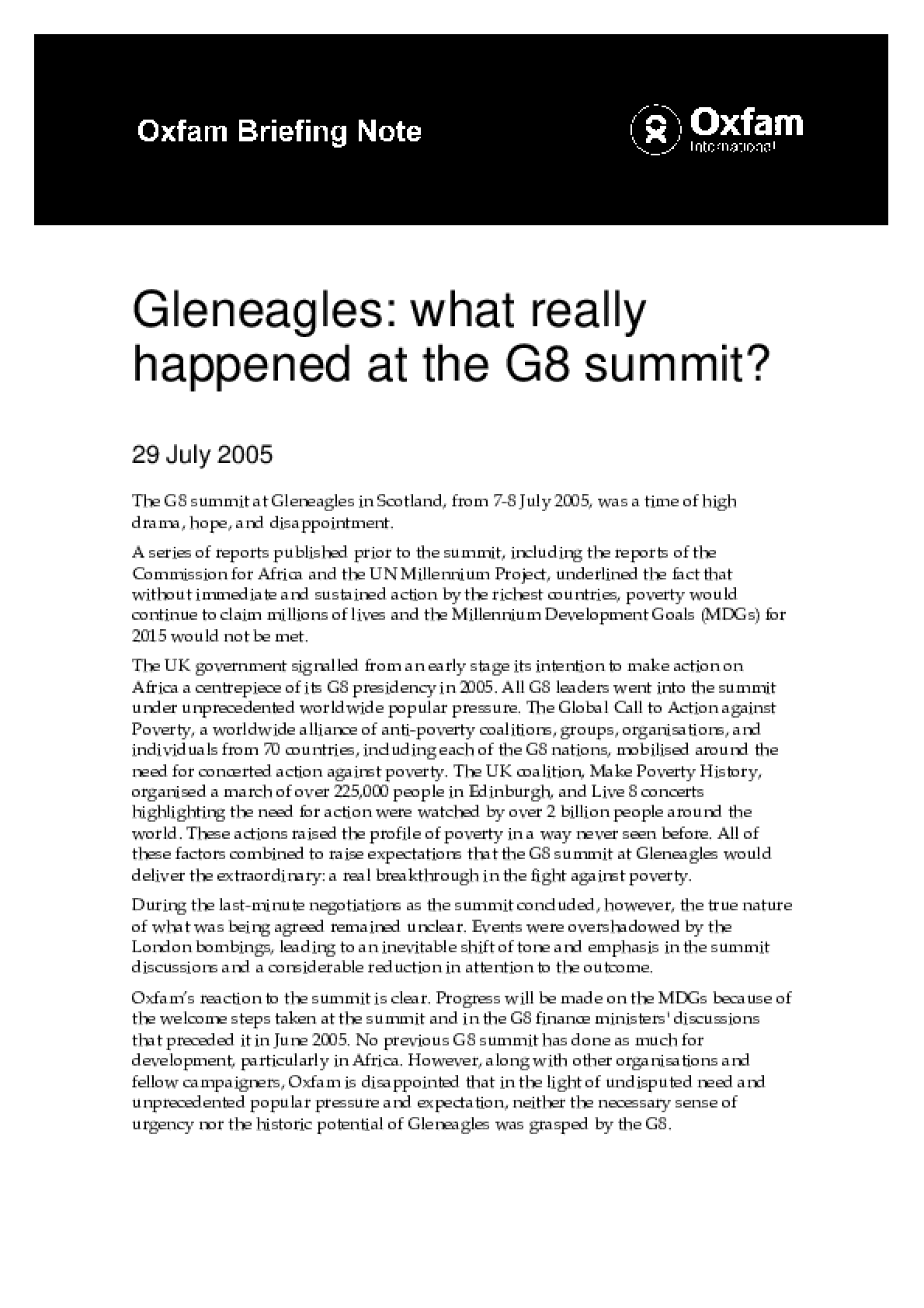