Global Access to Safe Water: Accounting for Water Quality and the Resulting Impact on MDG Progress

Adjusting the Joint Monitoring Programme's estimate of safe water access to account for microbial water quality and sanitary risk yields the conclusion that 1.8 billion people, or 28% of the global population, used unsafe water in 2010 (compared to JMP's estimate of 783 million or 11%). The research used data from the Rapid Assessment of Drinking-Water Quality, which inspected 1,600 improved water sources in each of 5 countries for presence of certain microbiological contaminants and sanitary risks (such as pipe breaks, supply discontinuities, poor drainage, and proximity to latrines). To extend these findings to an estimate of global access to safe water, the team used statistical methods to model the relationship between faecal contamination or sanitary risk and economic, governance, health, social, and environmental characteristics, thus capturing the effects of differences between countries. 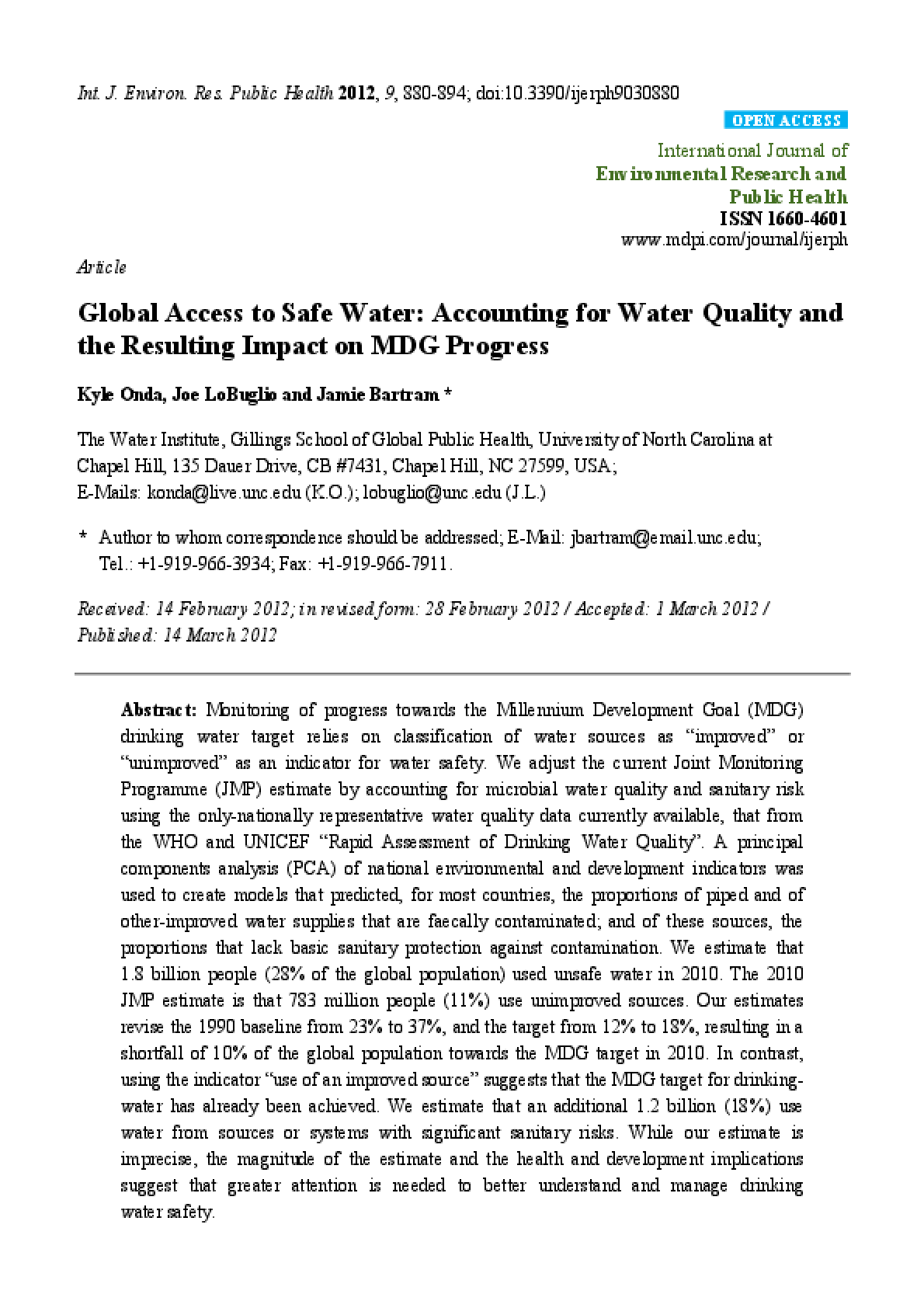