The Global Education Crisis: What role for the EU?

Basic education is the single most powerful weapon against poverty. It is also a fundamental human right. Yet today, 125 million primary aged children are not enrolled in school, and almost 900 million adults are unable to read or write. The European Commission is the world's fifth largest donor, while the EU member states account for two thirds of total bilateral aid to basic education. The combined influence of the EU and its member state governments on the educational prospects of the world's poorest children is potentially enormous. But too often education development policy has been fragmented, incoherent and weakly coordinated. This lack of coherence and internal efficiency has been reflected in a lack of international policy influence, and in a limited positive impact on poverty. This paper identifies some of the key problems in EU aid to education. 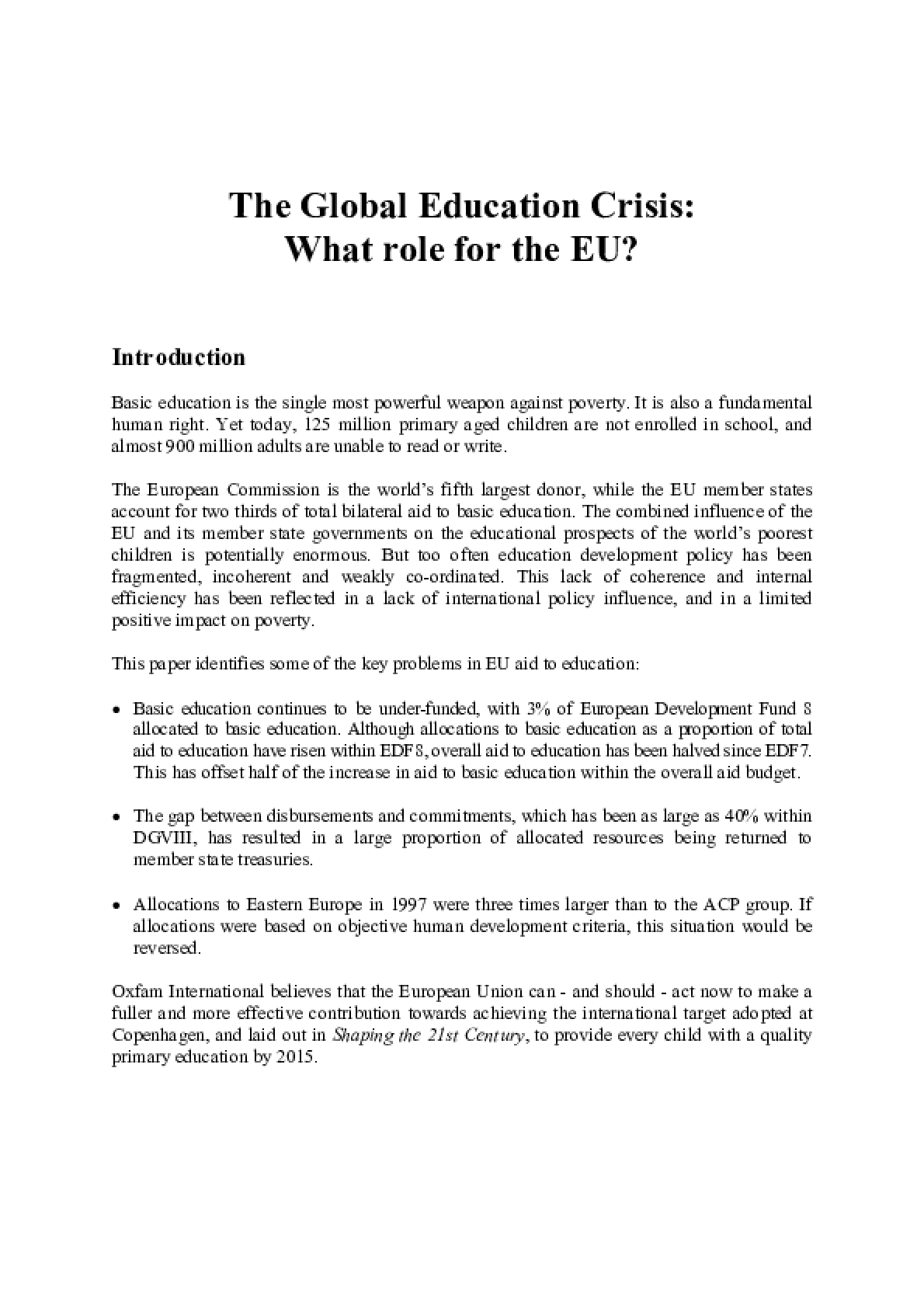