The "Globalization Report 2016" examines how far individual countries benefited from increasing globalization between 1990 and 2014. Using the real gross domestic product (GDP) per capita as indicator for measuring these benefits, industrialized countries such as Japan, Germany, Switzerland and Finland achieved the largest gains from increased globalization. Emerging markets such as China, India and Brazil also had a higher GDP per capita due to globalization. However, their globalization-induced increases in GDP are much lower. 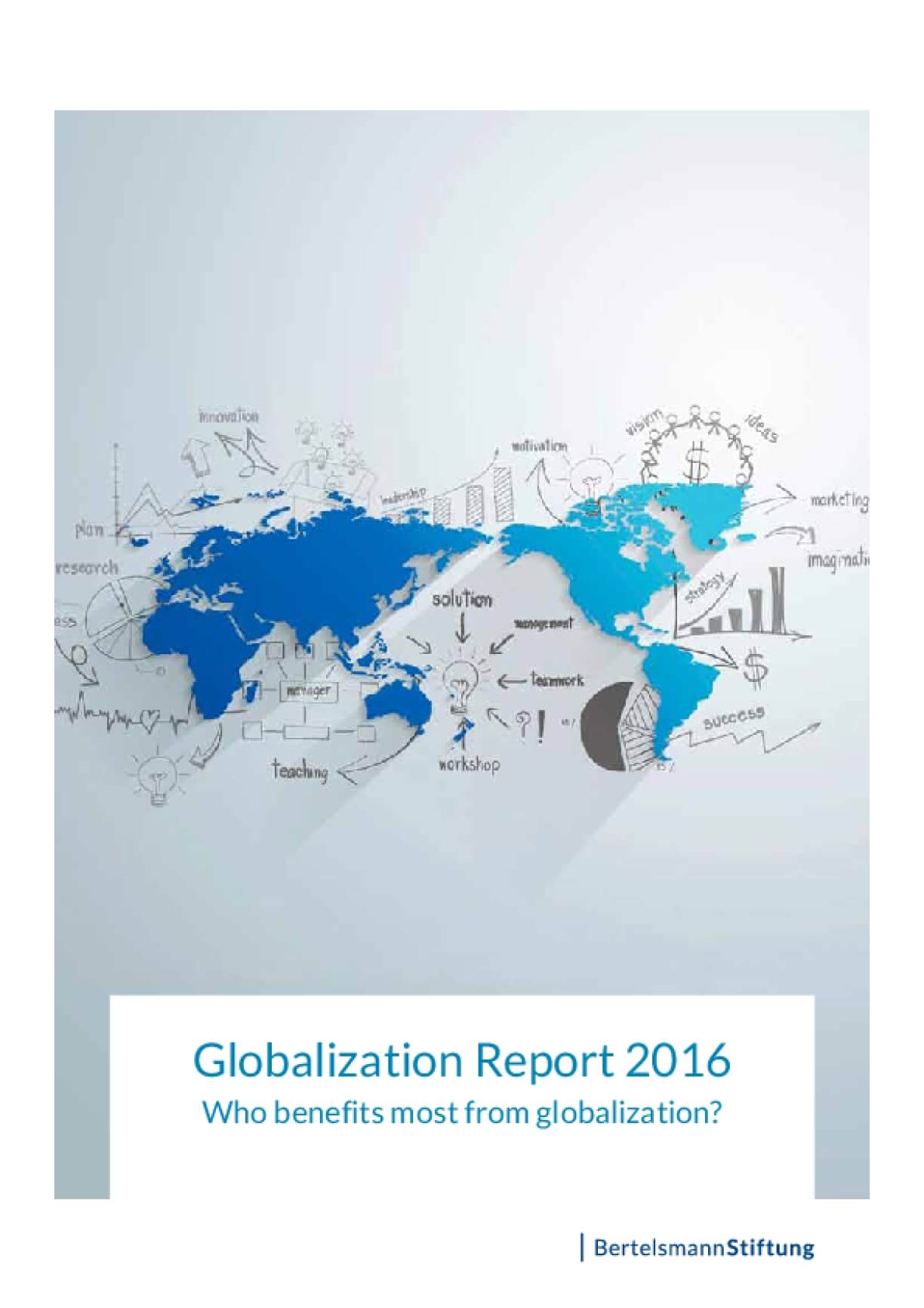