Governing in a Polarized America: A Bipartisan Blueprint to Strengthen our Democracy

The Bipartisan Policy Center launched the Commission on Political Reform in 2013 to investigate the causes and consequences of America's partisan political divide and to advocate for specific reforms that will improve the political process and that will work in a polarized atmosphere.

The commission met at public and private institutions across the country to hear from interested citizens, political leaders, and issue experts about the problems and potential solutions. It is clear that Americans are concerned about the lack of civil discourse and the increasing inability of the U.S. political system to grapple with the nation's biggest challenges. These shortcomings put the nation at risk of losing its standing in the world.

This report, Governing in a Polarized America: A Bipartisan Blueprint to Strengthen our Democracy, is the culmination of the commission's public and private deliberations, butit is not the end of its work. Our recommendations provide a realistic path forward to strengthen U.S. democracy. The commission does not pretend to have discovered the cure to all that ails democracy. But, 29 Americans have come together as part of our commission to embrace a truly bipartisan reform agenda.

The commission identifies reforms in three specific areas: the electoral process, the process by which Congress legislates and manages its own affairs, and the ability of Americans to plug into the nation's civic life through public service. We chose to focus on three broad areas of reform, because the polarization in the United States runs deeply through its institutions, affects the ways Americans elect political leaders and how the institutions of government operate, and even puts in danger Americans' deep-seated desire to serve their nation. 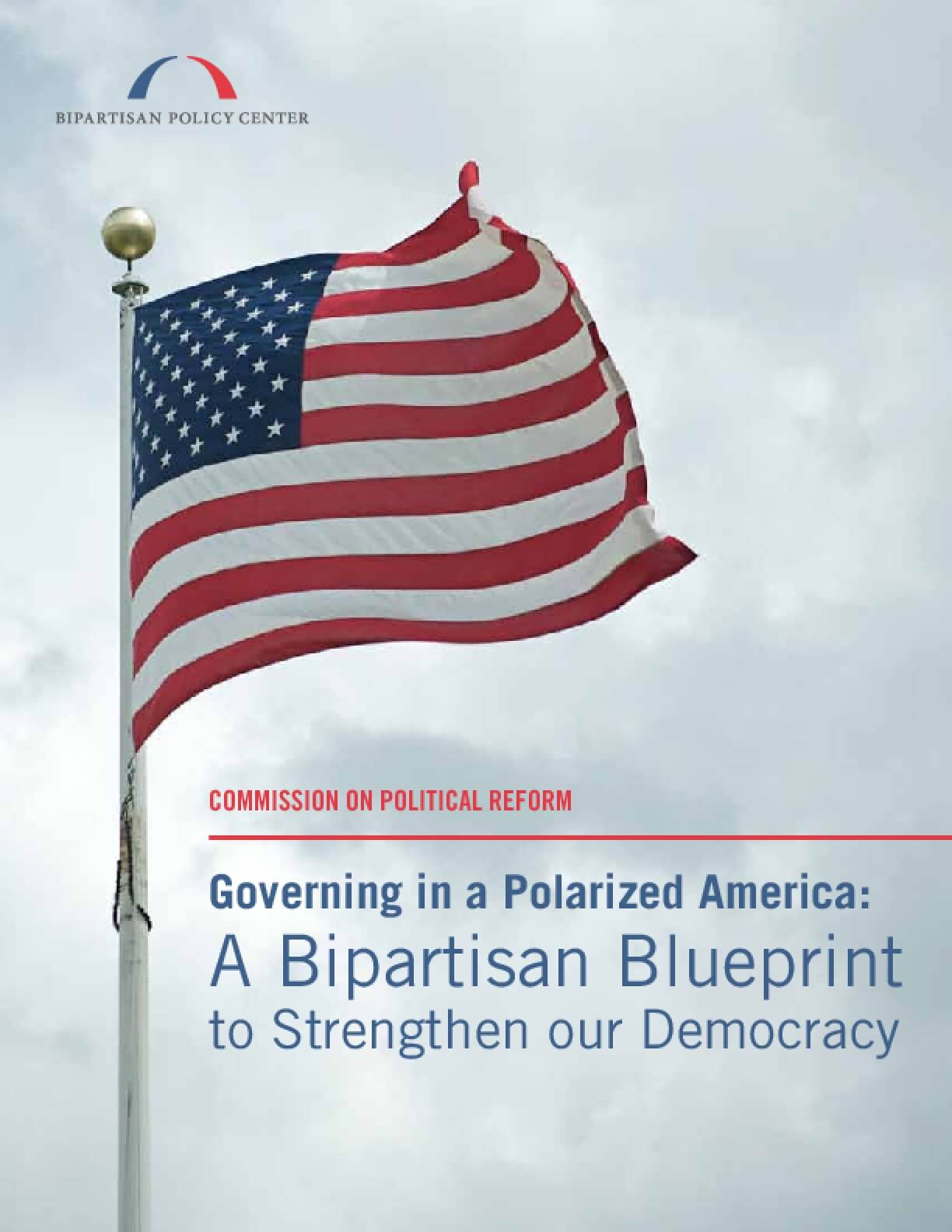