Despite key federal, state, and local interventions developed to limit the impact of foreclosures on the region's homeowners and communities, the foreclosure problem in the Chicago region continued to grow in 2009. The following analysis details the growth of new foreclosure filing activity in the region as well as shifts in the geographic patterns of new foreclosure filings. Additionally, the report looks at changes in the levels of completed foreclosure auctions in the region. The report also includes detailed appendices with data for City of Chicago community areas and municipalities in the Chicago six-county region. Finally, this analysis includes data for DeKalb, Kendall, and Winnebago Counties. 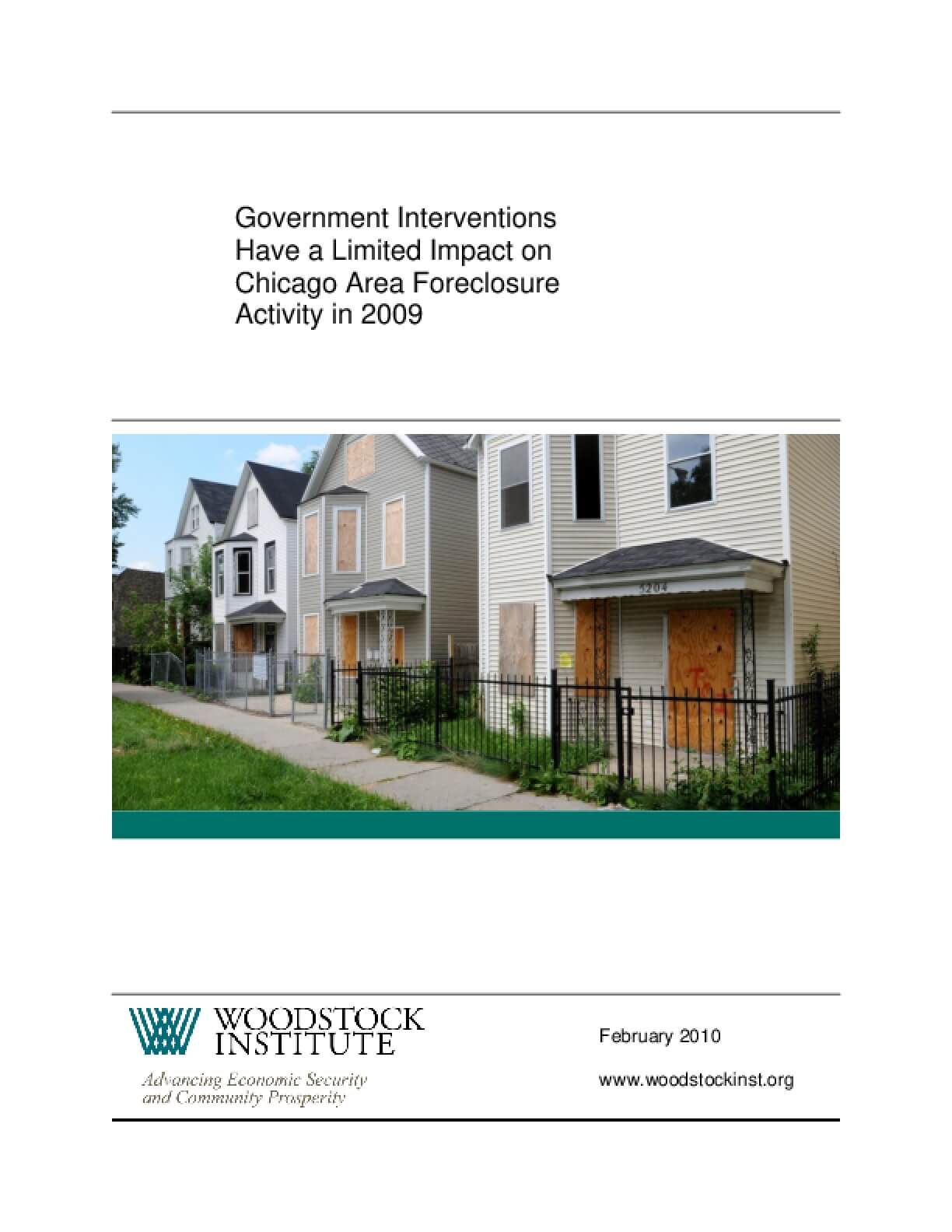