Government Partnerships With Faith-based Service Providers: The State of the Law

Rapid change and significant uncertainty are the most noteworthy features of the legal environment for participation by faith-based organizations ("FBOs") in government-financed socialservices. Developments in federal constitutional law, statutorily based federal programs, and the administrative environment have altered the legal circumstances in which such opportunities mayappear. In addition, the body of law (federal, state, and local) concerning the employment relation, an emerging focus on state constitutional law, and the existing pattern of contractual relations between government entities and FBOs, contribute to an atmosphere of legal complexity surrounding this field. These patterns of change and uncertainty play a crucial role in the decisions of FBOs on the value and risks involved in participating in such programs, as well as in decisions by government agencies concerning whether and how to undertake such programs.

The topics included are 1) the Establishment Clause of the First Amendment to the U.S. constitution, including recent cases involving the application of that Clause to FBOs in service partnerships with government; 2) state constitutional law as a source of impediments to state relationships with FBOs, and federal constitutional challenges to such impediments; 3) the law of employment discrimination – federal, state, and local – as it applies to FBOs in such partnerships; 4) federal programs that explicitly invite participation by FBOs; and 5) state social service contracts with FBOs, and the presence or absence of religionspecific provisions in such contracts. 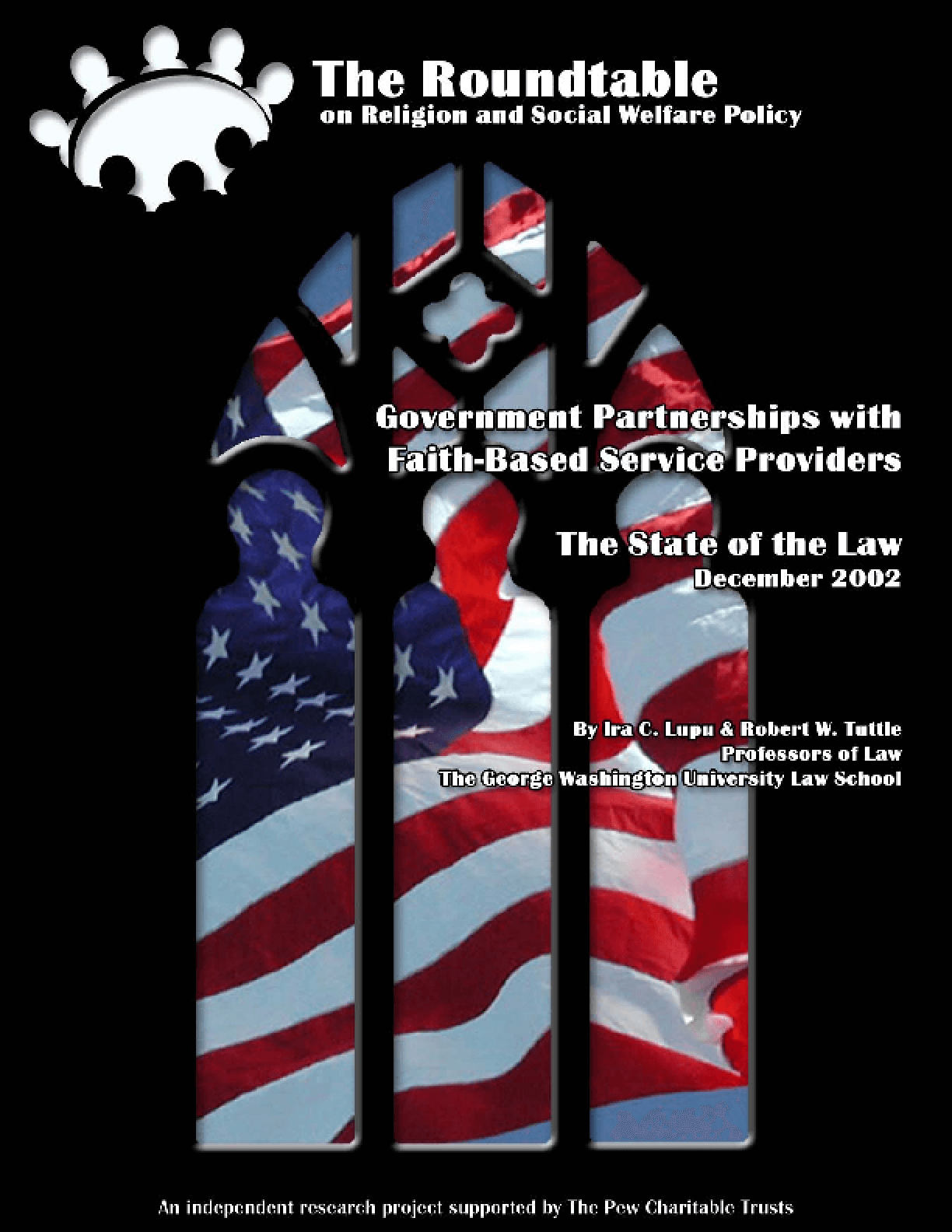